In April of 2019, the National Institute of Population and Social Security Research announced that the number of households in which the head of the household is aged 65 years or over would exceed 2.2 million by 2040, of which the percentage of persons living alone will exceed 30%. How will this increase in the number of elderly living alone affect Japanese society?

Home care for the elderly has become difficult in Japanese society 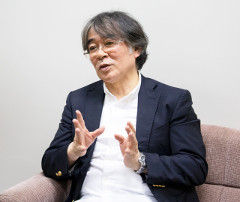 Social security programs remind many people of a system run by the national government. In Japan, however, the structure of the social security system was at one time centered on “family,” “community,” and “workplace.”

In fact, the structure of social security and welfare systems vary greatly from country to country.

For example, systems in Nordic countries are social democratic. In other words, the national government is the center of social security and welfare activities. This means the people have to bear a heavy tax burden.

Germany, France and Italy are said to have adopted a conservative structure in which corporations, labor unions, the national government, and families support workers and their families.

The United Kingdom and the United States have adopted a liberal structure. It is market-focused, and the national government steps in when the market cannot deal with the situation. Most cases are self-help.

Traditionally, “family” and “community,” which are also called “blood relations” and “locality groups,” have played a central role in terms of support in Japan.

After World War II, reform took place. A social security system was introduced in Japan by the General Headquarters of the Allied Forces (GHQ).

However, because the idea of the social security system in the US was based on liberalism, some say people called New Dealers with liberal thinking brought an ideal they could not realize in the US into Japan.

As a result, universal healthcare coverage and pensions, which had not been realized in the US, were completely systemized in the first half of 1960s.

In addition, there was growing activity among labor unions that led to the establishment of a social security system on the premise that company-based unions would protect the life of their workers.

Thus, a social security system which did not exist in prewar Japan was brought into existence in postwar Japan.

On the other hand, support from family and community, which was seen as a Japanese tradition, was also sustained. In particular, care for the elderly, childbirth as well as childcare support, and support for people with disabilities were intended to be provided by family.

Because of this, the structure of the newly developed social security system was mixed with traditional support.

Toward the end of the 1970s, however, Japanese society started showing signs of aging with its growing population. With the intention of reducing the burden of public security benefits, the government adopted policies that emphasized family responsibility for support and care of the elderly. In other words, the government tried to substitute family responsibility for the social security function as much as possible.

On the other hand, due to high population densities in large cities, nuclear families became the norm in urban areas and populations decreased in rural areas. This meant a decrease in the number of three-generation households, in particular, which are the foundation of home care. In addition, it became even more difficult to provide home care in residences that became smaller in size.

And this trend continues even today. The National Institute of Population and Social Security Research announced that the number of households in which the head of the household is aged 65 years or over would exceed 40% of all households by 2040, of which the percentage of persons living alone will exceed 30%. These figures made it clear that the foundation for home care is gradually being lost.

In order to deal with this situation, the long-term care insurance system was initiated in 2000 as a social insurance system that does not depend on family members taking care of other family members. Accordingly, while users were responsible for copayment, long-term care services such as a home helper and health service facility became available.

As for long-term care for the elderly, a structure independent of family members, that is, the socialization of elderly care, has been organized.

At the same time, this led to a variety of problems.

Long-term care services rely heavily on participation by the private sector. However, because some care providers put profits first and committed fraud, how necessary regulations should be imposed became a major issue.

Poor working conditions for care workers at care facilities are another major issue.

When home care was first promoted, women were the main care givers, and their work was regarded as unpaid “shadow work.”

At that time, there was already a concern that women were being forced to bear the burden. But working conditions for care workers today are not so much different from those for women in the past, and they are forced to have a sacrificial spirit toward their work.

Because long-term care service is an interpersonal service, it is important to enhance staff resources. First, it is imperative to increase care workers’ salaries and improve their working conditions.

However, the problem here is financial resources. With current long-term care insurance, it will probably be difficult to increase care workers’ salaries.

The population of the aged is growing rapidly in Japan. According to the United Nations standards, when a nation’s population aging rate (the ratio of people aged 65 or older to the total population) reaches 14%, it is considered an aging society, and when it exceeds 21%, it is considered as a super-aging society. Japan’s aging rate exceeded 21% in 2007 and is said to exceed 27% currently.

Behind the scenes is the falling birthrate. Because of the declining birthrate, the proportion of elderly people is increasing in relative terms. If this continues, it is expected that 1.2 people aged between 20 and 64 will be needed to support a person aged 65 or over in 2050.

If this is the case, in order to cover the increasing cost of services provided through long-term care insurance, insurance premiums would need to be raised substantially.

Also, the government would need to consider using considerable amounts of taxpayer money in addition to raising premiums. For example, it will be necessary to promote consensus-building on injecting tax money into long-term care insurance by making it clearer how consumption taxes are spent.

However, since the consumption tax is regressive, some kind of benefits should be considered for lower-income brackets. Redistributing income is one of the functions of tax and social security. It is crucial to promote discussions with this in mind.

Trust relationships and ties between people are crucial 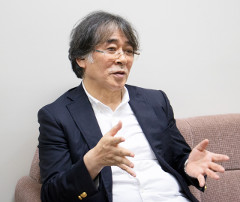 A new effort has also been initiated in “communities,” which once played a part in social security. That is the concept of a “regionally cohesive society.”

The Ministry of Health, Labour and Welfare proposed that it would aim to create a society in which residents and diverse entities of a region participate to work together to create life and purposes of living for each of the residents, and a community by connecting people with people as well as people and resources across generations and fields. This concept incorporates the development of a support system including long-term care for the elderly.

Although this effort appears promising, we need to be aware of peer pressure, which was once very strong in local communities. Those who could not go along with local residents were ostracized, and the consequence was that they were not able to access the support they might need.

If we can create a new form of local community with a respect for difference and diversity, it will develop into a new system of mutual help.

The structure of the social security system Japan is currently attempting to realize is something between conservatism and liberalism to which support from family and community is added. Combining a variety of support schemes is being considered. As it stands now, it is difficult for Japan to adopt a system focused simply on public help (taxation) or mutual help (social security).

In that regard, what can we do now? I think those that are in the prime of their lives should stay healthy.

As long as people are in good health, they can continue working past the age of 65. Working means earning income, but at the same time, it means staying in contact with society. And this is crucial for both individuals and society as Japan strives for a “regionally cohesive society.”

Furthermore, people should engage in their hobbies or personal activities in addition to working. Work, relax, and socialize – Consider creating such resources while you are in your prime.

These resources are the social capital that builds trusting relationships or ties between people in society and the community. They do not generate cash, but their value lies in the support generated through interpersonal relationships and ties.

Recently, a Financial Services Agency panel report stated that an average elderly couple will need 20 million yen to fund post-retirement life. Of course, it is important to have enough savings. However, if we can stay healthy and maintain many social connections, it is worth more to us than cash.

In that sense, staying healthy is the best self-help effort. And this will eventually lead to mutual help. In addition, if public help is also ensured in our society, I think, we can actually enjoy living alone even after we reach old age.