There was a big confusion in the summer of 2011, the year of the Great East Japan Earthquake, about possible electricity shortage. Six years have passed since then, and the government no longer requests electricity saving. Why is the electricity supply no longer an issue, although the nuclear power plants in Japan have scarcely operated? 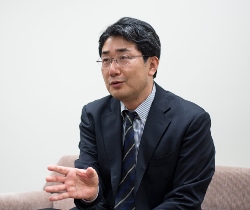 Strict planned power outage was enforced following the Great East Japan Earthquake that struck in 2011, because there was anxiety over shortage in electricity supply. Many people tried vigorously to save electricity and energy. And today, no attempt for saving electricity and energy seems to be pursued as strenuously as then in the Tokyo metropolitan area, even though none of the nuclear power plants in the area managed by Tokyo Electric Power Company (TEPCO) is in operation as of April 2017. The national government no longer requests electricity saving. Why is this so? As a matter of fact, it is because electricity consumption has dropped significantly. In order to maintain stable electricity supply, it is important to respond to the so-called peak electricity demands. The peak electricity demand in the area managed by TEPCO was 59.99 million kW in the summer of 2010 before the Earthquake, but started falling below 50 million kW after the Earthquake and dropped to 46.6 million kW by 2016. Although the reason is still being investigated, it is probably because electricity saving methods evolved from rather primitive electricity and energy saving methods implemented in the summer of 2011, such as turning off lights frequently and raising the air-conditioning temperatures, to those not requiring as much management by humans. Specifically, equipment offering high energy saving effects and introduction of electricity monitoring systems that control an entire building were promoted proactively. The former includes LED and high-efficiency heat sources and the latter includes building energy management systems (BEMS) and home energy management systems (HEMS). 10 million kW is equivalent to the electricity generated by the nuclear power plants during the peak electricity demands fulfilled by TEPCO in 2010. In other words, our society has already shifted successfully to a life style sufficiently comfortable without a nuclear power plant in operation. 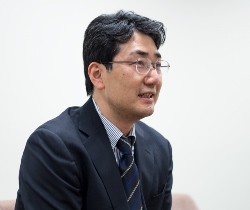 Renewable energy has been in focus to replace nuclear power generation. In Japan, unlike in Germany, there are notable actions by several major business entities to construct mega solar power plants. It is true that facilities for solar power generation and wind power generation need to be built at places suited for the purpose. But consider this example. If a gigantic wind power plant was constructed at a suitable place in Hokkaido, the power distribution lines connecting Hokkaido and Honshu Island would need to be expanded in order to send the electricity generated by the renewable energy in Hokkaido to Honshu Island. Huge amounts of costs and time would be needed. Also, it is not appropriate to concentrate huge solar power plants and wind power plants at specific regions, as with the thermal and nuclear power plants, in view of risks such as typhoons and earthquakes. Natural disaster risks may be distributed by introducing renewable energy that utilizes local resources, even if small in scale. Above all, renewable energy is a powerful means to revitalize the economy of agricultural and mountain villages, in addition to merely providing energy supplies. For that purpose, it is important that local governments, business entities and organizations play a central role in developing renewable energy projects and businesses as in Germany, rather than having this development done solely by major business entities.

An example that started yielding results in this regard is the use of biomass in Maniwa City of Okayama Prefecture. Here, locally produced, locally consumed energy utilization is pursued, utilizing waste and sawdust from thinned woods and lumber so as to make effective use of mountains and forests that are among the local resources. Furthermore, revival of the declined forestry and revitalization of the local economy are attempted by combining the biomass with local forestry and tourism, instead of merely utilizing the local resources. In short, renewable energy is not the ultimate objective. Instead, it is important to develop a permanently sustainable society by having the local communities take the initiative in effectively utilizing the local resources for promoting regional revitalization.

The top priority is commonly being given to the maintenance of supply in Japan, both with nuclear power generation and renewable energy. However, the emphasis is too strong. Rather, we need to appreciate, as noted at the beginning of the article, that our society is now capable of saving electricity to a level that does not require nuclear power generation, without sacrificing our standards of living. In addition to this, a systematic energy policy should be formulated that considers both the demand and supply, in order to further reduce carbon dioxide and other greenhouse gas emissions. The first step for the purpose has been reached with success, by technological improvements centered on electricity and energy conservation. In the second step, the electricity and energy conservation attempts may be promoted further to incorporate the next-generation innovations such as AI and IoT in addition to cutting-edge equipment and electricity monitoring systems, thereby lowering the main portion of electricity consumption continuously and surely. New related industries are expected to be born, and the energy market is forecasted to be the main battleground of the fourth industrial revolution. Also in focus is an incentive system to demand response actions by consumers (Negawatts trading) to save electricity in response to requests by electric companies when demand peaks. By skillfully incorporating such systems, peak electricity demands may be lowered even further by synergistic effects with technical innovations. Finally in the third step, the existing thermal power plants may be replaced sequentially by local community-led renewable energy facilities of relatively small scale if due to reduction of energy consumption, including electricity consumption, the necessary electricity supply capability becomes smaller. This way, the carbon dioxide emissions may be reduced further. Medium- and long-term plans need to be formulated that consider the above three steps involving electricity and energy conservation and renewable energy, and relevant specific topics need to be discussed.

However, this is only a start. Technologies are merely a tool. What is very important is our philosophy on what sort of a society we should build and pass down to the future generations. Discussions are needed on how our society may be changed from a viewpoint of sustainable energy. For example, several measures seem indispensable in view of the fact that transport fuels account for a large portion of carbon dioxide emissions. Such measures include mandating the use of eco-cars to a certain degree, restricting vehicles traveling in city centers, and replacing long-distance truck transport, of which the demands have already exceeded the limits, with railway transport (promotion of a modal shift). At the same time, people’s lives would be more comfortable if pedestrians could effectively utilize the public space forming roads. Proactive promotion of net zero-energy houses (ZEH) and zero-energy buildings (ZEB) would allow people to enjoy comfortable living spaces and help mitigate the heat-island phenomenon, because the amount of heat emitted to the outdoors may be reduced significantly. As discussed above, I believe energy issues should be positioned as a starting point for thinking about what sort of a society we should pass down to the future generations, from viewpoints of the improvement of living environment in urban areas and regional revitalization in rural areas.