The importance of understanding Japan’s uniqueness or “society requiring sontaku”

Lately the word “sontaku” is used as if it were bad thing. This word originally means surmising others’ intentions or reading between the lines. In Japanese society, even if a superior does not give definite instructions, subordinates often surmise the superior’s intention and continue on with their work. Although involved in a political problem, why is it now seen as a bad thing? The reason is said to be that Japanese people don’t rightly understand the structure of their own society.

Even if a system similar to Western countries’ is introduced, the unique structure underlies Japanese society 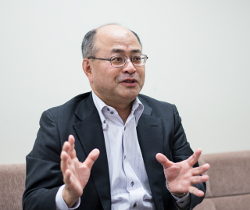 In Japanese society, problems that are unclear in the locus of responsibility often occur. Also in these days, it is unclear who is responsible for the accident at Fukushima Daiichi Nuclear Power Plant, moving of the Tsukiji fish market, the Moritomo Gakuen and Kake Gakuen cases, and so on. This kind of issues can be seen as Japan’s unique social structure, which has always been pointed out, and they can rather be defined as systems in which no one has to take responsibility. Even in our time with progress in globalization, however, why is such social structure left in some ways untouched? Moreover, is it good to continue to leave it untouched? Even if it is left untouched from now on, it is necessary to give close consideration to the mechanism and realities.

It is not clearly known when Japan’s unique social structure kept up to the present time was developed. As with the survival of Emperor’s family up until today by dividing authority and power, in Japanese society, since old times there seems to have been a view of society or organization that frowns on creation of a strong leader with overconcentration of power and responsibility. Apparently the view changed when Japan came to aim at modernization to catch up with Western countries, triggered by the Meiji Restoration. Japan’s own social systems, which had been developed under the influence of China, etc. from ancient times to the end of Edo Period, incorporated systems focusing on Europe including Germany and the UK in the Meiji era, and systems from the U.S. on the preceding systems after WWII, as models. Thanks to incorporation of these systems, modern Japanese believe they live and think in Western style although Japanese elements remain at the root, and their social structure is also Western style. It is true that systems are externally westernized in this way, such as democracy, the rule of law, and hierarchical command structure in organization. In fact, in Japanese society these systems are far from functioning in the same way as in Western countries. For example, in Western command structure, the top’s power is defined as 100, the secondary’s power is set at 80, and the subordinates’ powers are reduced in order down to 0 at the foot. An organization must work under the top’s command. In the structure, the top has both all power and all responsibility. However, Japanese society has a seemingly similar hierarchy but in fact the Iemoto model, as pointed out by Francis L. K. Hsu, an American sociologist. Iemoto or a master has power at 100 to disciples, while a disciple conferred full mastership will take his/her own disciples to become a master having power at 100. If this is repeated for generations, an organization with a lot of persons who have power at 100 is developed. Actually, the same can be done without “conferment of full mastership.” Besides, Iemoto can only provide guidance to or exercise direct influence on, at best, down to disciples of his/her disciples, not giving direct instructions to the succeeding disciples because this may impinge on the power of the direct master of the disciples. Disciples should go along with their own master. As a result, Iemoto has neither power nor responsibility for indirect disciples in the structure. For example, in a company, the president gives instructions to the heads of departments, the head of a department gives instructions to the heads of divisions, the head of a division gives instructions to the heads of sections, and the head of a section gives instructions to general staff. In a large company, the president does not give practical instructions to general staff. So, even if a general staff member dies from unpaid overtime work, the president would not feel responsibility to resign, while persons around the president would not blame the president, since they don’t see the president as responsible for it. This is “misunderstanding” caused by just looking at the similarity between the hierarchical systems without understanding the essence and meaning. In Japan’s hierarchical system, there lies the unique structure called the Iemoto model.

Most Japanese people also have the wrong idea of democracy, such as decision by majority vote and individuals’ freewheelingness. The processes of discussion and persuasion are required prior to a vote. If the processes result in a consent or compromise, the decision is made. Even if the processes fail to reach a decision and a major vote is taken, the points of minority opinions are already explained and listened to well, so that those can be respected. In Japan of today, however, the essence and spirit of the system are not fully understood. There are many other examples of such cases. Japanese people have handed down their unique thoughts and values in essence while having incorporated styles and systems from Western countries. It can be said that we creatively use the two unintentionally to live well.

Japan’s unique structure can be understood by knowing other countries

Sontaku is also Japanese unique behavior, which we take on without conscious awareness. Japanese language is said to be a high-context language. The context is highly abstract, and the communication requires a-un no kokyu or harmony by reading between the lines. For example, when a visitor says “It’s hot, isn’t it?” we wonder whether to turn on an air-conditioner or to serve cold tea. In some societies, the visitor is just answered with “Yeah.” In these societies, if a visitor wants an air-conditioner to be turned on, he/she requests it. In Japanese society, however, we think of what the other says and find the meaning. This has often been considered positively as attentiveness, sensitivity to the atmosphere, harmonious communication ability, etc. It wasn’t that long ago that those who cannot do it were seen negatively as KY (Kuki ga yomenai). However, this can make responsibility vague, which is lately seen anew as a problem. In the above-mentioned example, the president tells the heads of departments “Improve performance,” the head of a department practices sontaku and tells the meaning to the heads of divisions, and the head of a division also practices sontaku and tells the meaning to the heads of sections. In the process, the president’s instruction could turn into “Don’t go home until getting your work done.” In addition, even if the president gives the instruction “Don’t do unpaid overtime work” to all employees, the employees practice sontaku or surmise that this is an ostensible instruction, not a real intention. Besides, all the employees “do what others do,” so that they feel at ease to accept their own sontaku. Although the command structure looks like a hierarchy, the top’s instructions cannot move the organization at once in Japanese society.

The problem is not just whether or not to practice sontaku. It is more important to be fully aware of the Japanese unique thoughts and values as well as the social structure based on those. Since the Meiji Restoration, Japan has introduced institutions and systems from Western countries to aim at modernization, while having prioritized systems and neglected realities. That means social systems detached from people’s consciousness or lifestyles were brought in. Therefore, problems cannot be solved in essence by the same ways as in Western countries. For problem-solving, it is first necessary to properly analyze and understand Japan. Nonetheless, this is so difficult work. We usually live well in Japan’s unique social structure without conscious awareness. Because of the lack of awareness, this social structure has been left untouched. However, some triggers to become aware could be found. In our time with progress in globalization, opportunities to understand our country by knowing other countries have been increasing. For example, in English, each number from 1 to 12 has its own name, which shows that a duodecimal system is used in some countries. Until you recognize the fact, you cannot become aware that a decimal system is used in Japan. You may also become aware that in addition to the decimal system and a duodecimal system for clocks, Japanese people unintentionally use a binary system in which one plus one equals ten. Also among experts, work of analyzing the structure of Japan’s society will progress. For solving various current social problems, however, it is critically important for individuals to rightly understand themselves. 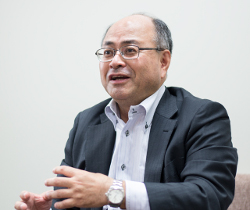 Correct understanding of Japan’s social structure links to what society is to be created in future Japan. If you see Japanese society as similar in both structure and essence to other countries where the same systems are used, both of your visions and policies would be wrong. In this meaning, first of all, politicians should fully present a vision, which is their intrinsic work. However, when it is taken into consideration that Japanese society frowns on a strong leader and politicians’ work in Japan has been approaching closer and closer to bureaucrats’ work, it is equally important for each of us to envisage a future vision. Based on it, we should make a decision together. Actually, although the parliamentary government system was also introduced after the Meiji Restoration, Japan originally had a decision-making system called yoriai. In this system, no active discussion was made. Those gathered practiced sontaku from each other’s few voices, attitudes, and expressions, broke up, and gathered again days later. They repeated this process to reach a conclusion. Such a majority vote as ignores the minority was not taken. People made a decision together practicing sontaku to be convinced. This was also a characteristic of Japanese society. Without understanding the realities of Japanese society rightly, instead of seeing a thing as good or bad, effective measures cannot be devised.