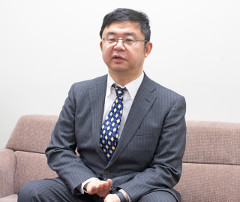 The reason that the Japanese people tend to stick to the Gengo system is, in short, because we like “things like Gengo”.

The Gengo system was adopted in China in the second century B.C. during the reign of Emperor Wu of the Han dynasty. It was in 645, during the Yamato period, when the system was incorporated in Japan. The first Japanese Gengo was “Taika”.

Worth noting here is that it was not as if Japan introduced and incorporated everything from the systems or cultures of China. In reality, a significant portion of what was imported never actually became well-established in Japan. The systems that characterize China such as the Great Wall, eunuchs and imperial examinations for example, never reached anything near nationwide prevalence.

On the other hand, there are some inherited elements that are still part of Japanese culture today, including not only the use of Gengo, but also such things as the twelve earthly branches, and the Shakkan-ho measuring system. Of these three, while Gengo are constitutional, the twelve earthly branches and Shakkan-ho are not, with the latter even being prohibited by law. Despite this however, notations such as Yo-Jo-han (four and a half tatami mat room) or Roku-Jo (six tatami mat room) are generally used for floor plans. I guess that it would be rather confusing for us Japanese if the size of a room was noted in square meters.

Also, we say three Go (cups) or four Go of rice, and one-Sho, or one-Go and two-Go of Sake. Although we Japanese of course use meters and grams in many cases as we find their use to be rational, we also like to use traditional Japanese units that fit naturally into our bodily feelings or daily lives. As such, we feel comfortable with using them in combination with metric measurements.

Let’s take the example of Koki (imperial year), another calendar system used in Japan. It is a way of counting years starting from the year that Emperor Jinmu became the first emperor of Japan, although it is hardly in use anymore. I suppose that it eventually fell into disfavor for its seemingly political and warlike tones as it was used by rightists and military before and during the war.

While both the Western calendar and Koki are ways of counting years, Gengo defines a specific time range. In this way, using the Gengo system makes it easy to picture symbolic events that happened during its time span in a broader historical perspective.

Here is a familiar example; our university is called Meiji University. The name indicates that it was founded during the Meiji era, as well as suggesting that the spirit of revolution and independence of the Meiji era is behind the school’s foundational philosophy. If it were simply called the “1881 University” for example, it would have been hard to include such important and intimately interwoven sentiment into a broader historical perspective.

There are many phrases using Gengo, such as “Taisho Roman (romanticism)”, “Showa Kayo (popular music)”, “Showa Hitoketa (single digit) generation” and “Heisei generation”, whose intrinsic sentiment would be harder to express using the Western calendar.

In other words, it implies a useful “power of branding” related to Gengo that the Western calendar by comparison largely lacks. It invokes a shared sense of sentiment with many other people, which is something else that we Japanese like.

In the meantime, I am certain that there are many who feel indifferent about Gengo or that it is a system that has been imposed. Likewise, there must also be people who hate to be broadly categorized as “Heisei generation” and such, and those who even go so far as to be against both the emperor system and Gengo. Each of them has a different and legitimate way of thinking which I do not in any way mean to belittle.

Still, the use of Gengo is a traditional and customary aspect of Japanese culture that we have grown to like and accept, and has essentially become a part of our collective mindset that cannot be so easily rationalized. It has served us well, and I do not think that it is necessary to make such a big deal about its continued use or effect on our overall culture.

In Japan, tacit knowledge means tactful use of different options

However, what does it really mean that most Japanese people tend to like things like Gengo? I believe this is where you find tacit knowledge, which is something that is not necessarily easy to recognize ourselves.

What can be articulated as specific information in language, alphabets, numbers, or symbols is explicit knowledge, while anything that cannot be verbalized or written down, such as a hunch, a recognition or a knack, is tacit knowledge.

Here is an example to show the differences between the two – it would not be right if the verdict of a trial was made based on tacit knowledge. The letter of the law is written so that the guilt or innocence of the defendant is not determined simply by a hunch or the experiential knowledge of members of the jury. That is to say, verdicts are delivered based on explicit knowledge.

Actually, the same goes for the Old Testament. In it, there are detailed stipulations on things like what kinds of foods Jewish people are prohibited from consuming. This was because there was a mosaic of ethnic groups with different religious beliefs in the Middle East at the time. They set written rules on the food that Jews are prohibited from consuming to preserve Jewish identity, and they were made into explicit knowledge.

On the contrary, there are no written rules like that in Japan. The closest thing that we have to this are some folklore or traditions regarding certain food that should not be eaten together. Because it was enough for the Japanese to incorporate and perpetuate as tacit knowledge, it evolved to become a sort of knowledge that was gained from experience.

That is to say, tacit knowledge exists in any region of any country, though it differs depending on ethnicity or religion. However, unlike explicit knowledge, tacit knowledge is not easily noticeable, as it is like air to the actual people involved.

By contrast, in China, because unifying all of the serving dishes for different food in white ceramics is considered beautiful, they feel odd about Japanese table setting where ceramic bowls and wooden bowls coexist.

Now then, can we logically explain to the Chinese why we use ceramic bowls and wooden bowls for different food? I would think it would be very hard.

And the same can be said of the Japanese writing system. We have come to use a complex combination of Chinese characters, Hiragana and Katakana which heavily incorporates the use of the English Latin alphabet. It does not look right for us if there were too many Chinese characters or too many Hiragana in a text, so when we write, we combine them, taking the overall balance into account. Then, it becomes easy to read and beautifully balanced to our eyes.

In the meanwhile, they only use Chinese characters in China. Seeing Japanese texts impacts the Chinese in a tremendous way. They seem to find it cute when different writing systems are combined with one another. Recently, there have even some domestically-aimed products in China with names made up of combinations of Hiragana and Chinese characters.

While the Chinese combine Hiragana with Chinese characters because it looks and sounds cute to them, I reckon that it would probably be difficult for the Japanese to easily articulate to the Chinese, who only use Chinese characters, why we find mixed texts easy to read. As a matter of fact, cases like this are too numerous to mention.

I suppose that the Chinese are not aware of the fact that they are commoditizing tacit knowledge, and even if someone pointed it out and asked them to explain it, they would probably not be able to do so. In the same manner, we Japanese cannot explain why we use different things tactfully. The reasons why we use different dishes for different food, combine different writing systems and use Gengo and the Western calendar depending on the situation. Perhaps the easiest way to explain it is that we simply like it that way. 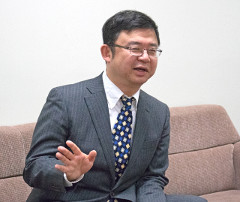 Just so that there is no confusion, I am not saying that the tacit knowledge of the Japanese, which is to say the tactful use of different options, is in any way better than the tacit knowledge of any other group. Every ethnic group and region has its own tacit knowledge. What is important is that we all learn about ourselves by learning about such diversity, and then develop an eye through which to see ourselves in a relative way.

I believe that the accession of the new emperor and the change of Gengo from Heisei to Reiwa, two very Japanese events, gives us a good opportunity to think about the above.

While China was imperialistic, why didn’t Japanese regents and samurai governments oust the emperor from his post? Why does Gengo continue to be used in Japan, while it has long been abolished in China where it originated? If you develop such thinking, you might be able to explain what “Showa Kayo” is to foreigners.

I believe that having such a perspective enriches the heart a little better than simply insisting on the abolishment of Gengo and integration into the Western calendar only from a rational point of view, or using Gengo in combination with the Western calendar without understanding why you do so.

To wrap up things, here is another example of Japanese culture that impacts the Chinese.
One of the reasons that Japanese animation and cartoons are so also popular in China is that their main characters are often weak or bullied.

In China, the norm is that the main characters are almost always strong and smart superheroes. “Doraemon”, “Evangelion”, and “Ultraman,” who takes the unnecessary risk of letting his opponents know that his power is running out with the Color Timer, were all unthinkable in China.

Those who were actually bullied as children get a sense of inspiration from Japanese animation, start thinking about studying in Japan, and are now actually studying at the Meiji University.

It is said that Japan lacks diversity, but does it really? Looking at Japan in a relative way may cause you to see certain aspects of this country that you may have never noticed. Then, you will learn that Japan is diverse in many senses, and next, you might be able to make an effort to enhance this diversity.

Giving a thought to the reasons that Gengo has continued to exist in Japan may help lead you to developing an eye to see and appreciate these things.