In July 2019, Mozu-Furuichi Kofungun Ancient Tumulus Clusters, including “Nintoku-tenno-ryo Kofun” (Daisen Kofun), which is known as the largest keyhole-shaped tumulus in the country, was registered as a World Heritage site. This is the 23rd listing in Japan, including natural heritage sites. This will likely inspire more people to become interested in ancient Japanese history. Let’s reconsider the significance of this kofungun. 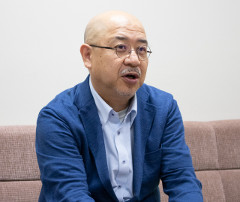 The period spanning about 350 years from the middle of the 3rd century to the end of the 6th century in Japan is called the Kofun (Tumulus) period. During this time, hundreds of thousands of tombs of various shapes, not only keyhole-shaped but also square and round, were constructed all over the country. Actually, this is a culture peculiar to Japan.

There are many examples of the custom of constructing huge tombs for kings, such as the pyramids of the pharaohs in Egypt and Imperial mausoleums in China. Generally, in the periods when those were constructed, royal authority was extremely strong and there was a tyrannical system.

In the Kofun period in Japan, however, royal authority was not very strong, despite being the period of the “Yamato kingship” centering on an okimi (great king) in Kinai (Capital Region).

For example, in the 6th century, the okimi or emperor named “Keitai” was enthroned. This okimi, described as a fifth-generation grandson of Emperor Ojin in the Nihon Shoki, entered Yamato from the present Fukui Prefecture. In fact, this regional gozoku (powerful family) member was pushed to be enthroned due to a political change in the central regime. That is reflected in the name of Keitai (succeeding to a regime).

As seen above, the foundation of the Yamato kingship was not solid, so political rearrangement could occur easily. Keyhole-shaped tumuli are a clear illustration of that.

Moreover, tombs of a special shape were constructed not only by okimis: they were also shared by gozokus, though different in size. This shows the peculiarity of the Kofun culture as a “loose alliance” centering on kingship.

The gozokus that joined the keyhole-shaped tumulus system joined a security system that performed the same rituals and shared the same thoughts as the central regime. At the same time, they were connected to a network in which materials unavailable in regions, such as iron resources derived from the Korean Peninsula, were distributed. In addition, new technologies sought-after in regions were brought.

On the other hand, regional gozokus paid tribute of local products and sent human resources such as their children to the central regime. The kingship side utilized those personnel at the court, and used such arrangements to form strong ties with regional gozokus.

To gozokus and their subordinate communities, participation in the Yamato kingship was a profitable arrangement that brought about a comfortable life. It seems that regional kings met okimi promptly after becoming king, got approval for continuation of the alliance and construction of a keyhole-shaped tumulus, and launched construction of the tumulus while they were alive.

A keyhole-shaped tumulus would have been constructed over a long period of time until the king’s death. These tumuli were a symbol of the system that brought wealth to communities. Therefore, residents were likely to have been willing to participate in kofun construction, instead of seeing it as forced labor.

It also seems that there was a system to redistribute wealth concentrated on the king to residents by participation in kofun construction. “Generosity” would have been necessary for ancient kings to be approved by their communities. This means that construction of keyhole-shaped tumuli was not hard labor, but a social device necessary to maintain society.

Moreover, the number of pyramids in Egypt is said to be about 100, while the number of keyhole-shaped tumuli constructed in Japan is about 5,000, which means that there seems to have been a system that allowed not only great gozokus ruling a region, but also little gozokus such as port owners, ranch owners, market managers, the chiefs of seamen and special engineers to build a relationship with Yamato.

Therefore, the tumuli vary in size from huge tumuli about 500 meters long such as Nintokuryo Kofun, to those about 10 meters long.

In other words, the keyhole-shaped tumulus was a brand representing a broad economic alliance extending into the continent and a security system between gozokus, as well as a landmark showing the fact to everyone. The brand spread to every corner of the islands and was visualized by the tumuli. This is a feature of Japanese kofun culture rare in the world.

The main features of Mozu-Furuichi Kofungun Ancient Tumulus Clusters, which were recently inscribed on the World Heritage List, are hugeness and concentration.

Mozu Kofungun is located on the waterfront of Osaka Bay. Diplomatic missions and merchants that visited the international port of Namba from the continent would have been captivated by this cluster of huge keyhole-shaped tumuli. In the 5th century when Mozu-Furuichi Kofungun Ancient Tumulus Clusters were constructed, Wa (Yamato) conducted diplomacy with the Southern Dynasties of China and closely exchanged with the Korean Peninsula to invite a lot of engineers and scholars. This period was an age of internationalization comparable to the Meiji Restoration. So, the dignified appearance of keyhole-shaped tumuli was also a device intended for diplomatic appeal.

In fact, though the tumuli are covered by trees today, they were entirely covered by stones and glistened white at the time of construction. The view of red haniwas (terracotta clay figures) arranged on a white tumulus would have made a striking contrast against a blue sky and forested mountains.

The sheer size of Furuichi Kofungun is evident at the entrance to Nara Basin from Osaka Plain. Diplomatic missions that were surprised by Mozu Kofungun, which could be seen from a ship, transferred to a river boat at the port of Namba, and went up the Yamato River to approach Yamato, where the capital was located. Then, at the entrance to Nara Basin, the missions were welcomed by Furuichi Kofungun.

Within Mozu-Furuichi Kofungun Ancient Tumulus Clusters, 49 kofuns are concentrated. This is also a major feature. In addition to the external appeal described above, it seems that kofun construction was intended to inspire people to gather and develop the surrounding area.

At about this point, a large number of engineers from China or Korea were invited all over Osaka Plain, and the most advanced ironware factories, horse production ranches, potteries, salt production factories, etc. were positioned in a planned manner. Osaka Plain, which had been less developed than Nara Basin, made the leap as the largest industrial area in the country.

In this way, the use of tombs as a symbol of regional development is one of the characteristics of the Kofun period in Japan. 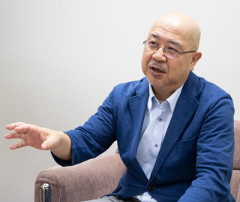 The inscription of Mozu-Furuichi Kofungun Ancient Tumulus Clusters on the World Heritage List is very good news to us researchers too. However, there are also challenges for the future.

One of the challenges is the structure of Mozu Kofungun and Furuichi Kofungun, doubly protected as a historic site in the Act on Protection of Cultural Properties and in accordance with the mausoleum identification of the Imperial Household Agency. For example, Daisen Kofun (Nintoku-tenno-ryo Kofun) is designated as a mausoleum, while its neighboring kofun is designated as a national historic site.

Historic sites are to be opened to the public in principle, while mausoleums are Imperial property and restricted from being opened to the public to retain “calmness and dignity.” In other words, basically mausoleums are not open to the public or subject to excavation for academic purposes. There is a problem of whether that is compatible with inscription as a World Heritage site. To resolve this, the Imperial Household Agency and the local government of Sakai City started a joint research this year. So, attention must be paid to their activities.

In addition, though mausoleums are called “XX-tenno-ryo (mausoleum of Emperor XX),” there is a question of historical credibility and whether it is truly the Emperor’s tomb. The mausoleum identification follows the historical investigations in the Edo period by reference to ancient literature such as the Nihon Shoki and the Engishiki. However, today’s archaeological studies have made much progress, and there are many mausoleums where the age of the excavated artifacts is quite different from the Emperor’s enthronement period in literature.

So, as I have done above, historians have abandoned preconceptions and refer to kofuns using their local names along with their mausoleum names, such as Daisen Kofun (Nintoku-tenno-ryo).

However, in this inscription on the World Heritage List, kofun names were unified as “XX-tenno-ryo Kofun.” Therefore, there is a possibility to create more and more misunderstandings on the persons buried.

Although UNESCO does not regard any of the above points as problems, we researchers must continue to transmit the openness (of the kofuns) to the public, the necessity of academic excavation, and investigations into construction periods and the persons buried.

At the same time, mausoleum identification should also be evaluated because kofuns have been protected and preserved with its aid.

Actually, a large number of kofuns undesignated as mausoleums were leveled due to development by the private sector from around 1955 to 1974.

“Itasuke Kofun,” which is located in Mozu Kofungun, is the first example for which citizens and academic societies launched a campaign and stopped the impending development. This is a model of today’s preservation activities for cultural properties.

UNESCO appreciates the fact that such citizens’ campaigns have helped preserve many kofuns miraculously in big cities.

It is expected that citizens will be more deeply involved in kofunguns and take a leading role in the protection and utilization of cultural properties. There is also an urgent need to enhance the organizations and software to receive Japanese and foreign visitors.

First of all, I encourage everyone to take the opportunity to enjoy the kofuns recently registered as World Heritage sites. I hope you will be fascinated not just by the huge tombs, but by the wisdom of the ancient Japanese people.