In August 2018, Japan’s Chief Cabinet Secretary Yoshihide Suga said mobile phone fees have room for a 40% cut. The reduction of mobile phone fees is a welcome endeavor for users. On the other hand, some point out that it is not desirable for a government agency to intervene by setting private sector prices. That said, it seems to be that what concerns the government is the structure of the mobile phone industry. 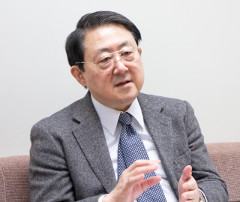 Are mobile phone fees in Japan more expensive than other countries? – Not necessarily, as exchange rates and the different services offered in other countries make it quite difficult to form a complete comparison.

In fact, the three major mobile operators, NTT Docomo, KDDI (au) and SoftBank, have a combined 90% share of the mobile phone market. The operating profit on sales of domestic communications services among these three operators is about 20%. Considering that the operating profit on sales of the similar infrastructure providers like Tokyo Electric Power Company Holdings’ electricity business and Tokyo Gas’s city gas business is between 5 to 10%, these three major operators’ profit ratio is remarkably high.

With these facts, the government’s spokesman said there was room to decrease mobile phone bills.

What, then, is the cause of the current situation? The underlying cause is thought to be that the mobile phone market is controlled by an oligopoly formed of the three major operators.

Of course, these three operators have made various efforts to survive in the face of market competition. As they have met a variety of processes and regulations, they have come to provide similar services and set similar fees. And users were left with no other option but to choose among these three operators. As a result, fair competition in the market is not secured, and mobile phone fees remain high.

In recent years, besides the mobile network operators (MNO), which own their own mobile communication network facilities, there has been the advent of mobile virtual network operators (MVNO) who buy bulk access to MNO’s network services and then provide mobile phone services to customers at low rates. Although MVNOs are growing little by little, they have come to represent 10% of the entire market.

When comparing prices, users could switch to MVNOs. However, such movement has not really been happening. The reason behind this is that the services provided by the three major operators make it difficult for users to switch.

Let us now consider the problems with the services provided by MNOs.

In a sense, what has really caused complaints among users is the complexity of the smartphone service subscription terms and conditions rather than the high fees.

MNOs claim the terms and conditions are for the benefit of users. However, the Japan Fair Trade Commission has pointed out in its report published in June 2018 that many of them might infringe on the Act on Prohibition of Private Monopolization and Maintenance of Fair Trade (Antimonopoly Act) and the Act against Unjustifiable Premiums and Misleading Representations (Premiums and Representations Act).

This packaged deal makes expensive terminals seem affordable. However, the report warns that “selling terminals significantly lower than the prices required to duly provide such terminals to users” could violate the Antimonopoly Act (so-called “dumping”).

The report also points out there is no actual data indicating that terminals were sold for original sales prices. Emphasizing substantial discounts or discount rates based on unfounded prices may mislead customers into thinking that it is more advantageous to acquire terminals sold by MNOs than those of other operators. This raises concerns under the Premiums and Representations Act.

Many of you may have seen phrases similar to “real terminal prices of zero yen.” This means that the original sales prices of terminals and mobile phone bills are not really indicated, and such a phrase simply makes consumers believe that it’s a terrific “deal.”

The so-called “two-year tied contract” is a sales scheme in which monthly phone bills are discounted if users enter into a two-year contact.

Facing criticism, MNOs have made some improvement to these contracts. Users can now terminate their contract during the 24th month. However, terminating them still remains difficult.

This type of sales scheme locks in users and impedes the entry of other operators, causing problems in terms of the Antimonopoly Act.

Although MNOs claim this contract allows users to easily obtain an expensive new model, the users may end up replacing their terminals on a regular basis if they want to avoid paying the remaining 24 payments. Users could then be tied to a contract forever, not just four years. This also impedes the entry of other operators, causing problems in terms of the Antimonopoly Act.

This contract also gives users the impression that they can purchase expensive terminals at half price. Contract plans and instructions may cause problems in terms of the Premiums and Representations Act.

SIM locks have been another issue. The same report warns that SIM locks prevent users from switching mobile network operators and makes it difficult for other operators to continue their business activities. This may also cause problems in terms of the Antimonopoly Act (private monopolization, interference with trade, etc.).

The report further states that a SIM lock setting is applied to terminals for reasons ascribed to MNOs, and it is desirable for MNOs to remove the setting if certain conditions are met.

Other reasons behind this is that SIM locks prevent the secondhand terminals market from functioning properly, and also has the effect of excluding MVNOs from the market.

As seen above, the way mobile phones are currently marketed by MNOs risks excluding the business activities of other operators such as MVNOs, resulting in a strengthening of the oligopoly of the three major operators and soaring mobile phone bills.

Each consumer is an important player in the market 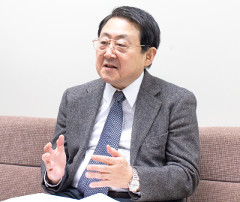 Government intervention in the private sector’s price setting aims to improve the extraordinary situation in the market where free and fair competition is paralyzed due to the oligopoly of the three major operators.

From this viewpoint, the Ministry of Internal Affairs and Communications, which implements a variety of measures in accordance with the Telecommunications Business Act as the competent authority of the entire mobile phone industry, the Japan Fair Trade Commission, which administers the Antimonopoly Act aimed at maintaining and promoting free and fair competition, and the Consumer Affairs Agency, which administers the Premiums and Representations Act for the purpose of protecting consumers, have basically agreed upon the need to revitalize competition among operators and enhance the convenience to consumers in dealing with mobile network operators.

In December 2014, the court ruled that the cancellation fee clause in relation to a “two-year tied contract” was legal in a lawsuit filed by a non-profit organization. However, if the MNO’s marketing method is deemed at risk of violating the Antimonopoly Act, it should also be considered in a court ruling.

Then, should we, users, just wait for mobile phone fees to come down in the anticipation that governmental agencies and courts will do something about it?

The answer is no. We, users, should be reminded that we are also participants in the market.

I would not say that users should learn more about smartphone’s complicated contracts, but I would say that users could consider using inexpensive MVNO services.

Switching procedures may be a hassle. You may feel nervous about switching from a major MNO to a smaller MVNO, and may need a bit of courage to do so. However, MVNO’s communication functions are said to be nearly identical to those of MNO’s.

In fact, if more users were to switch to MVNOs, major MNOs would be forced to reexamine their mobile phone fees. In other words, it will result in more fair competition in the marketplace.

According to the 2018 White Paper on Information and Communications in Japan (published by the Ministry of Internal Affairs and Communications), annual mobile phone bills per household (total households) in 2017 was 100,250 yen, a 25.4% increase from 2010. Is this an acceptable price for users?

Recently, we have seen a number of attempts to reduce mobile phone bills under the initiative of the Office of the Prime Minister, but have hardly heard the voice of users. However, an increase in the number of users switching to MVNOs would help show their intention.

It is also crucial for us to be aware that each one of us is an important player in the market, and we should demonstrate this fact by our actions.

* The information contained herein is current as of January 2019.
* The contents of articles on Meiji.net are based on the personal ideas and opinions of the author and do not indicate the official opinion of Meiji University.