The Basic Act on the Promotion of Urban Agriculture was established in 2015. With the establishment of the Act, not only has urban agriculture been reconsidered, but initiatives for agriculture such as land use in farming villages and the management of regional resources, have also undergone changes. The reason for these changes is that there has been a change in the awareness of city people who have not been involved in agriculture.

The “edge” of cities and farming villages 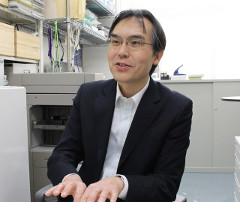 The area of study in which I am interested is the “edge” if it is expressed in one word. In all matters, the center is stable, but as you go farther to the periphery, things become more unstable. The reason is that collisions with something different occur at the edge, making the boundary clear and revealing issues that need to be solved.

Farming villages also have many edges. In spatial terms, struggles between agriculture and cities are found in agriculture in the suburbs of cities. For their part, farming villages see damage caused by birds and beasts as a problem in its boundary with nature. In coastal areas, which abut the sea, natural disasters cause problems, and at sea, Japanese fishermen sometimes clash with those from other countries.

In temporal terms, on the other hand, there is also a boundary between the active generation of farmers, which consists mostly of elderly people, and the generation of people who are in two minds about whether they should take over the occupation of agriculture. Furthermore, there are differences in the willingness to engage in agriculture even among people in the same farming village or generation, and this sometimes generates boundaries in the local community. Moreover, there are differences in approaches to issues and issues themselves between the period of economic growth and the present day.

In that sense, one of the typical edges to which we should pay attention is agriculture in the suburbs of cities. During the period up to the burst of the bubble economy in the 1990s, struggles between cities and farming villages were extremely evident and more realistic than today.

For example, as cities expanded, agricultural land in the suburbs of cities was considered as land used temporarily. It appeared that the eventual goal was to use such land to expand cities.

As society achieved rapid economic growth, people who were born into farming families also found employment in urban businesses and so forth, meaning that such families came to face issues with who would act as a successor. Those who nonetheless wished to continue agriculture were faced with harsh environments such as payment for high inheritance taxes due to soaring land prices.

The reason this situation changed was that due to the burst of the bubble economy, the expansion of cities stopped and the goal of using agricultural land to expand cities no longer existed. In other words, it became possible to continue agriculture without agricultural land being swallowed by cities. That did not mean, however, that various problems had been solved.

But partly because the way city dwellers looked at agriculture changed, policies toward agricultural land started to undergo changes.

In recent years, there have been initiatives called “community gardens” in most of the municipalities. In community gardens, ordinary citizens enjoy growing vegetables in tracts of agricultural land that are lent out. It has recently been reported that whenever there are calls for applications, the application and acceptance rates are extraordinarily high.

Meanwhile, activities by groups called “voluntary agriculture supporters” have been growing. They support farmers in their agricultural work and cultivate agricultural products for marketing. Such experience makes some of them engage in agriculture in real earnest.

The reason that these activities have flourished is that city dwellers, who had heretofore disliked even touching soil, have taken an interest in growing and harvesting crops and have come to think that it is worth doing. Along with this trend however, policies for agricultural land changed.

In addition, reflecting the difficulties in finding successors and other harsh situations, farmers, who had not left their farming land to people other than their blood relatives until about 20 years ago, have also changed.

For example, when I formerly surveyed farmers in the southern part of Saitama Prefecture, less than one percent of them replied that they agreed to lend their agricultural land to businesses. Recently, however, an increasing number of farmers have said that they have agreed to leave their agricultural land to businesses if the former found that the latter was trustworthy and sincerely engaged in agriculture. This has enabled businesses to enter the farming industry.

This is not limited to urban agriculture. Even in farming villages, there are moves for farmers to establish agricultural corporations on their own initiative. Up to now, agriculture has been run by families without proper bookkeeping systems, but the trend among some farmers now is to organize their business based on a corporate structure so that salaries can be paid to each member of the family.

If this is the case, more and more young people might end up being employed by farmers after they experience supporting agriculture on a voluntary basis or study at the faculty of agriculture of a university.

The renewal of agriculture in this way may indicate that in the sense of finding successors, agriculture is moving in a favorable direction if it can maintain the potential to attract businesses or young people who have no connection with agriculture.

On the other hand, however, if farmers become landowners and do not engage in agriculture any longer, it is not known what could happen to existing farming communities. Such farmers may come to leave their villages and move to cities.

If that happens, can businesses that newly enter farming villages, or young people who come from different areas, take over the culture and tradition that has been handed over to its residents over the centuries? That is unknown at present and is an area in which new edges may arise. 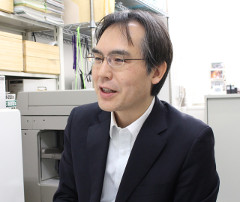 Coastal regions in Japan stand at the edge of disasters caused by the sea. The Great East Japan Earthquake of 2011 and the ensuing tsunami reminded us of that anew. Nonetheless, many people are trying to reconstruct their lives there. The reason is that they can enjoy the blessings of the sea.

That prompted city dwellers who had watched videos of tsunami damage through the media to go to the affected areas for volunteer activities. Ten-meter-high breakwaters were built, and housing land was developed on elevated ground.

At sea, meanwhile, there are conflicts with neighboring countries over its bounty. The reason for such conflicts is that established rules such as territorial waters and fishing quotas are not being followed. That, however, is not practically made known to city people through videos and other media.

Then many people worry more about conflicts with foreign countries. They think that it would be better if fishermen who are faced with the problems that arise from these conflicts could put up with their plight and avoid making waves unnecessarily. Unless people take a greater in this issue and form a more unified consensus, budgets will not actively be drawn up to protect fishermen.

Certainly, the number of fishermen who are faced with problems may be overwhelmingly small. The real questions, however, are why we do not try to find out more about the problems that are occurring at the edge, and why we do not regard such problems as our own.

The edge is related not only to local problems, but also the way of living of each and every one of us. For example, those working with a company who see only themselves at the center and thus take no interest in what is happening at the edge.

But if one turns one’s eye to the edge, one’s visual field broadens, and this may expand one’s potential or develop it further. It may do so as city dwellers who have turned their eyes toward urban agriculture, have changed the way that they look at agriculture and have expanded community gardens that have enriched their own lives, and as people who had seen affected areas and learned the damage caused and were pushed into volunteer activities.

First, look around for edges about you. Facing problems at the edge you find may provide an opportunity for you to broaden your sphere of action or be evaluated more highly.