Citizenship education in Japan lags more than 40 years behind the world!?

In response to the lowering of the voting age to 18 in 2016, the Ministry of Education, Culture, Sports, Science and Technology and the Ministry of Internal Affairs and Communications have been putting effort into promoting "citizenship education" at schools. It is meaningful, but it is important to develop "citizenship education in a broad sense" that enables students to obtain and analyze information by themselves, build their own opinions, and transmit and act on them as sovereign members of society. What is not particularly important is education that focuses only on raising the voter turnout in a short-sighted way (We call it "citizenship education in a narrow sense"). 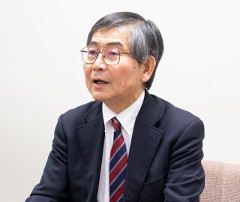 The background to the start of the discussion on the promotion of citizenship education is the legal lowering of the minimum voting age from 20 to 18. It means that people gain voting rights at high school age and become voters. It is definitely necessary to learn “voting etiquette” before they actually vote.

For example, if you survey some of the reasons that young people abstain from voting, you will find that the consistent top 5 reasons are: “not interested,” “troublesome,” “I have not transferred my residence certificate,” “I don’t know which party I should vote for,” and “I don’t think politics will change with my one vote.”

In fact, when I talk to high school students these days, I find them very serious. They think that they cannot cast a vote unless they fully understand the manifestos of all the parties and compare them.

In other words, they tend to go to vote if they understand the parties, the candidates and their policies. Before the House of Councillors election in 2016, high schools across the country provided citizenship education to students, although there were differences in the level of efforts among the schools. As a result, voter turnout for 18-year-old “high school students” in the 2016 House of Councillors election was 81% in Shizuoka Prefecture and 83% in Yamagata Prefecture, while the figure for 18-year-olds nationwide was 51%.

The result indicates that even a little education or experience can significantly lower the barrier to going to the polls.

On the other hand, high school students, often called the SNS generation, tend to obtain various information through the Internet rather than through mass media. It is characteristic of them to easily believe even uncertain information without questioning it.

They may feel like they understand something completely right away, or make a judgement based on a single piece of information without comparing multiple pieces of information to verify veracity. Literacy education is essential to correcting such tendencies.

In short, as the students may think, it is primarily necessary to develop abilities to get, understand and compare the manifestos of each party, and to make their own judgments for an election.

In order to foster such abilities, it is important to conduct active learning together with a wide range of political education, rather than providing citizenship education that solely aims to increase voter turnout. I think that this is what will lead to the acquisition of literacy.

Educational sites that are very nervous about citizenship education

For example, teachers are being confused by the introduction of citizenship education in schools which was announced by the Ministry of Education, Culture, Sports, Science and Technology. That is because until now, teachers were bound by the principle of neutrality, with any conversation about real politics being considered taboo in the classroom.

In response, the Ministry of Education, Culture, Sports, Science and Technology and the Ministry of Internal Affairs and Communications prepared the supplementary learning/instructional material “The Future of Japan that We Develop” to be distributed to high school students and teachers throughout the country for use in citizenship education. I was involved in creating the materials. However, I still feel that the spreading of citizenship education is difficult.

At a high school, for example, there was a class in which students held a discussion on the pros and cons of collective security. In the class, two major newspapers were used as materials, but the prefectural assembly questioned if it was biased to use only two newspapers. As a result, the school superintendent apologized.

In the supplementary materials that we have prepared, we set guidelines for themes that contain a conflict of opinions; to take up each opinion or theory appropriately and compare and discuss them. It can be said that the class at this high school was good because it followed these guidelines and incorporated them into active learning. However, the sense that we should consider political education as taboo causes such citizenship education to be perceived as problematic.

Furthermore, when conducting a class on the theme “The Life of a Diet Member,” it was proposed to ask an incumbent Diet member to come in and talk to students directly so that they do not have to simply rely on reading about it in a textbook. However, concerns arose about which party’s Diet member would be called in.

This is a class in which students learn what the daily activities of Diet members’ daily activities, including collecting citizens’ voices, holding study and research meetings as necessary, and making proposals for laws and ordinances.

These activities are basically the same for Diet members from any political party. But some schools are still nervous about engaging in such overtly political educational activities.

On the other hand, some prefectures are positive about dealing with real politics in classes. For example, some schools readily invite prefectural assembly members from different political parties to attend discussions with students on themes such as “the pros and cons of collective security.” These efforts lead to citizenship education in a broad sense.

However, if there are voices from the political side claiming that taking up real politics in classes is problematic, school teachers will be confused and feel intimidated. We therefore visit prefectures upon request to hold seminars and lectures on citizenship education, and sometimes demonstrate a sample lesson to teachers to show that there is no problem in taking up real politics in classes.

If teachers see a model lesson that demonstrates the extent to which they can or should deal with real politics in the classroom, they will first imitate the lesson and become more confident in providing citizenship education. This is my approach to changes that should be made to citizenship education provided in schools. 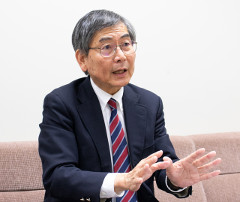 Japan lags far behind the world in citizenship education. People are quite possibly extremely nervous about this type of education because of the possible trauma that was caused by prewar education on this topic. Germany, which was also listed as a war criminal during World War 2, announced the “Beutelsbach Consensus” in 1976, more than 40 years ago.

It consists of three principles: “Teachers must not overwhelm students with expected views and prevent them from acquiring their own judgment,” “Controversy in the academic and political worlds must be treated as controversy in the classroom as well,” and “Students must be encouraged to acquire the necessary skills so that they can effectively participate in politics based on their own concerns and interests.”

In fact, in classes in Germany, teachers show that there are different opinions on one political theme and encourage students to discuss it based on these various opinions. In addition, teachers sometimes express their own opinions.

In the United Kingdom, citizenship education is provided in order to cultivate perspectives concerning the overall lives of citizens. In a class that I observed, a doctor, a nurse, a social worker, and a university professor came to talk about the theme “Should a diagnosis of cancer be disclosed to the patient?” for about 15 minutes each. Then, the students ask them questions and engaged in group discussions.

Although it is not a political theme, there were heated discussions among the students, because they see “notification of cancer” as a matter close to them. They discussed what they should do if their parents or someone close to them were to be diagnosed with cancer, while they considered the issue as a problem of life and a problem closely connected to each citizen.

I thought that this was how citizenship, or the sense of civil rights, has been developed among British citizens.

Similarly, in the United States, mock elections are even held in kindergartens. Teachers teach kindergarten children the candidates’ opinions in a way that is easy to understand, and based on that, the children decide which candidate they think is better and vote for them.

While countries around the world have been providing such education, Japan has finally begun to put substantial effort into citizenship education. However, some people become excessively nervous about such education and some see it as problematic.

I also hope that people feel free to talk about politics at home, rather than considering it taboo. In fact, there is a survey showing that voter turnout for those who have the experience of accompanying their parents to the polls as children is about 20% higher than that of those who do not have such experience. For children, even small experiences can lead to citizenship education that can be given at home.

* The information contained herein is current as of May 2019.
* The contents of articles on Meiji.net are based on the personal ideas and opinions of the author and do not indicate the official opinion of Meiji University.