Why is government necessary? We would be lost without government but we must be careful not to depend on it too much

There are data telling us that the trust of government in Japan is overwhelmingly low compared to that in foreign countries. What is the cause? What relation between the people and government is desirable in democracy? Let’s think twice.

Do Japanese people depend on government too much? 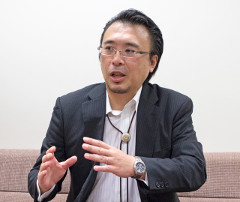 According to a survey on the trust of domestic government conducted through cooperation between researchers at universities throughout the world, the trust of government in Japan is overwhelmingly low.

Indeed, recently a series of debatable scandals have come to light, such as top bureaucrats’ making a judge administer rough justice by surmising politicians’ intent, the organized falsification of official documents, and some bureaucrats being provided certain facilities illegally.

However, it is said that Japanese bureaucrats have considerably high morals in the world.

Actually, corruption and inefficient government can be found in other countries. That being so, why is the trust of government low in Japan? Although there is no established theory yet, one theory holds that Japanese people have too high an expectation of government to satisfy, such that trust does not increase.

Although we have few opportunities to see civil service directly, government is diversely involved even in fields where it is not directly responsible for services, and has considerable influence to enhance the safety and convenience of civil life.

For example, the Japan Transport Safety Board works for the safety management of railways and roads, the implementation of various regulations for safety management, and the prevention of recurrence in the event of an accident. Government takes responsibility for objectively transparent activities concerning issues of considerable public interest, based on impartiality, neutrality and fairness.

This may be a matter of course for government, while we, citizens, have expectations for it and somewhat depend too much on it.

For example, the Tokyo Metropolitan Government takes countermeasures against crow damage in response to the residents’ request, but the numbers of crows have increased in Tokyo because there are problems in how residents and restaurants put out their garbage.

However, before all improvements in how to put out garbage are made, people seek governmental response or make complaints. In other words, they don’t truly see problems as their own affair but leave all the solutions to government.

Is it good to leave everything to ensure the safety and convenience of life up to government?

The trust of government is higher in the United States, but the level of administrative services is far lower than in Japan. That may be because American society originally presupposes decisions and actions at the individual’s own discretion, self-help and mutual help. Whether it is simply good or not is another matter.

For example, I hear that a residential area along a river that was heavily damaged by a catastrophic hurricane 13 years ago has not been restored and remains as a ghost town. Though there would also be financial difficulties, residents should be responsible for having lived in such a hazardous place along a river, and the government cannot provide support to that extent.

When I visited Kilauea volcano in Hawaii, I saw a person living in a house built on relatively new lava cooled after eruption. The local government don’t regulate that. If an eruption occurs again, the person ought to escape on his own. Government doesn’t intervene in the individual decision of living in a place while aware of the risks.

The two arguments above are impossible in Japan. These are extreme examples, but the trust of government is basically higher in countries that presuppose ensuring safety and convenience at the individual’s discretion instead of depending on government as well as managing risks on one’s own. Taking that into consideration, we should reconsider our society.

A system to control bureaucracy is necessary

Of course, Japan is a democratic country. So, we are originally supposed to make decisions on ourselves to administer our country.

If so, we would get government or public officials to shoulder daily administrative activities, and they would be our agents.

However, there is no security for democracy in that case. Politicians being political agents are elected by us as voters, while those who do well in exams become public officials, and those who pass the interviews become bureaucrats.

Administrative affairs in a modern society highly developed to this extent are too specialized and diversified to conduct without expertise and skills.

For example, in the revision of drug prices, it is impossible to determine what role a drug has in medicine, how effective the drug is, and with how much cost and how much profit a drug company can maintain its business, etc. without due expertise.

Actually, public officials can only be screened through an exam to further develop expertise. However, that’s why a system to secure democracy becomes necessary.

Japan doesn’t have this political appointee system. However, the Cabinet Bureau of Personnel Affairs was set up in 2014 to carry out personnel affairs regarding top national public officials under the authority of the Cabinet.

It is the original ideal of this system to democratically reflect the will of voters properly in the government. However, bureaucrats meeting the ruling parties’ views can rise in rank easily, which results in widespread surmise by looking at the expression on politicians’ faces. There are increasing concerns about the trigger of distorted judgments in administrative affairs that should be fair.

Furthermore, when an injustice committed by bureaucrats is detected, the appointer’s responsibility that should be severely questioned by right is hardly questioned. Because just four years have passed since the operation of this system started, it is necessary to correct defects in the system from now on to meet its original purpose.

Essentially, what society we want is questioned 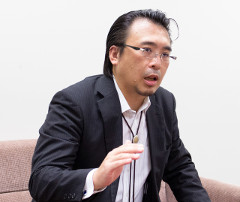 Another way is privatization of administrative work and projects to control them in the market. Indeed, privatization looks as if it could improve the transparency and efficiency of operations.

This is because completely leaving such operations up to the market could lead to an inability to ensure the safety and convenience of civil life.

For example, when a railway in a depopulated area is unprofitable, an ordinary private railway company would withdraw earlier, even if the railway is an indispensable transportation for local residents.

An ordinary delivery company could announce that it cannot make a delivery to some remote islands, while Japan Post Holdings delivers a letter at 82 yen anywhere in the country. This means that it is not necessarily good to completely privatize administrative work and projects, but it is necessary to carefully discuss what scheme (framework) is the best according to the business content, social environment and economic environment.

It is important for us citizens to take an interest in this discussion as our own affair and participate in it instead of leaving it to politicians and intellectuals. This is not just limited to the privatization of administration.

As described above, public officials and bureaucrats are our agents in democracy. What systems should be created is our own issue, which also means questioning what society we want.

A society where every individual desires freedom and independence like American society would presuppose self-help, mutual help and self-responsibility, and its level of intervention by government would be low.

Compared to this, Japan is a society where public help is developed, which requires government to make a detailed response. However, Japan will become depopulated and shift into an economic environment that can’t expect high growth. In future, benefits and costs will become a greater problem.

What and how far should we want the government to do? Are we ready to bear the costs that will increase with an increase in our wants? We live in a time where the status quo is being called into question.

In recent years, approaches to reflecting residents’ voices in policymaking have been increasing in the form of public comments or public involvement as well as voting.

It is important for us to take an interest in what we want to make of our society and actively participate in opportunities to raise our voices instead of regarding such approaches as others’ affairs. We must not believe that we can continue to leave all to government forever.

* The information contained herein is current as of December 2018.
* The contents of articles on Meiji.net are based on the personal ideas and opinions of the author and do not indicate the official opinion of Meiji University.

A society where people can live with security

Let’s think about what it means that the landscape changes