What We Can Learn from NAFTA, a Suggestion for TPP

In 1994, the North American Free Trade Agreement (NAFTA) between the US, Canada, and Mexico was enacted. There is something peculiar about Mexico, a country with a disproportionately small economy, joining an agreement led by the US, an economic powerhouse. Since the late 1990s, the US has negotiated trade agreements by sticking to the standards of NAFTA. The Trans-Pacific Partnership (TPP), which is a hot topic today, is an extension of that. Let us examine the experiences of NAFTA, a precedent for TPP, so that we may take a multifaceted approach to the nature and lessons of trade agreements.

What happened in Mexico after NAFTA 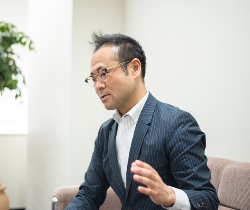 Initially, Mexico, concerned about the influence on its domestic economy/agriculture from free trade with the US, was passive about joining NAFTA. However, when it faced a debt crisis in the 1980s, the US and international financial institutions sought market liberalization in exchange for a haircut on its debts, which prompted the government of Mexico to go on a campaign of appealing to its people that Mexico’s future depended on economic and employment growth from participation in NAFTA, to suppress opposition, and to sign the agreement.

Upon joining NAFTA, Mexico succeeded in increasing its industrial exports to US. However, the majority of the companies manufacturing export products were foreign companies looking for cheap labor in Mexico; therefore, material imports (parts, etc.) to be used as inputs into the production by these foreign companies increased in proportion to the rise in exports. Thus, Mexico’s trade balance did not improve and deficit became the norm. In addition, after 2001 when China joined WTO, Chinese products became stiff competition in the American markets. Mexico could not compete at all against labor-intensive Chinese products, which led to a glut of Chinese products on the Mexican markets, and the trade deficit with Asia rapidly increased. Furthermore, exports to the US decreased due to the slowdown of the American economy after the Lehman Shock (financial crisis of 2008). The overall trade deficit has continually risen since the 2010s.

This would not be a problem if there were steady economic growth from the increasing exports, yet the GDP growth per capita (1995 to 2000 average: 2.1%, 2001 to 2006: 1.3%, 2007 to 2009: -1.5%) for Mexico in the 15 years since joining NAFTA has been significantly lower compared to other periods. Of course, this economic stagnation may be due to all sorts of other factors besides NAFTA and it is difficult to evaluate by isolating the variables from NAFTA, but what we can say is that the trade agreement does not automatically guarantee a future of rainbows and butterflies. The growth in exports came from foreign companies and the agreement did not bring growth to the domestic economy and local industries; the job creation effect was very disappointing as well.

Meanwhile, the fear regarding agriculture was realized. Mexico’s agriculture consists of fincas, which are run by a few wealthy landlords and capitalists, and small-scale farms, which are far larger in number. As a result of mass import of cheap corn and other grains (flour, rice, etc.) from the US under NAFTA, corn from small farms no longer appeared on the market (domestic corn production increased, mainly produced by fincas for feed and processing), putting many farms out of business and people on the streets. This type of event should concern Japanese. By the way, the unemployed, due to NAFTA, have migrated to the US and the number of immigrants has been on the rise since NAFTA took effect. The current Presidential candidate Mr. Trump’s statement about American jobs being taken by Mexican immigrants is fresh in our memory. But looking at it from the Mexicans’ perspective, immigrants’ remittances have helped greatly reduce Mexico’s current account deficit and it’s an important tool for helping poor Mexican families stay afloat.

The field of finance was affected to an even greater degree. The US has a comparative advantage in the financial and insurance business, but the liberalization of the movement of capital in finance and financial deregulation under NAFTA had the following effect: in banking, foreign ownership and oligopolization grew drastically from repeated mergers and acquisitions by US banks. There is a classical argument that the financial firms of developed nations, equipped with capital and financial know-how, solve the problem of loans to the manufacturing sector once deregulation/liberalization of the financial system of developing nation set in. Yet, we must ask ourselves whether the Mexican economy or the manufacturing sector was really revitalized. Speaking from conclusion, loans to new infrastructure investments were extremely low throughout the 2000s.

Financial intermediation function, instead, got an overhaul. Foreign banks increased speculative businesses, such as the sale of securitized products and derivatives, and focused resources into high-yield government bond purchases, collateralized mortgages, and offered consumer loans. In addition, these activities targeted foreign companies expanding to Mexico and exporters (large companies), which siphoned off loans from small to medium sized businesses and farms that are absorbing much of the domestic labor force. Profitability of Mexican banks improved, but it also increased what we might call “losers.” By the way, service trades such as finance/insurance are targets of liberalization under TPP as well.

What we must learn from NAFTA 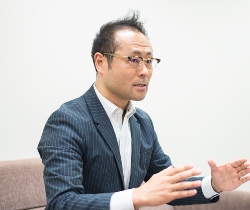 Because Japan is not as under-developed as Mexico in terms its economy, many people might think that using the example of Mexico under NAFTA is not a valid reference for what we might expect for Japan. However, the Mexican example teaches us the importance of a multifaceted approach to our thinking. We must also consider the effects TPP might have on the economic systems of its participating member nations who are less developed in terms of economic and political power than Mexico (developing nations in South America and Southeast Asia).

To start with, TPP and NAFTA share many similarities in their systems. Both agreements have a comprehensive framework, what we might call “WTO plus,” which is not limited to eliminating direct tariffs and non-tariff barriers, but which affects a wide range of topics including investment, services, intellectual property, government procurement, dispute resolution procedure, etc. For both agreements, the criteria regarding tariff elimination are high. And, as was the case with NAFTA, the rule-making and negotiations for TPP have been led by the American government and multinationals of particular industries of the US. There is also an objective of expanding the applicable range of the American style of commerce geographically in the future. Further, in the negotiation of intellectual property in particular, in addition to the manufacturing sector, there is a move towards maximizing the profit and convenience of pharmaceuticals and agribusiness. Strong patent protection of drugs is a serious problem directly linked to health problems of people in developing countries because it prohibits production of cheap, generic medical products. Further, America’s strong banks/insurance businesses are likely to expand actively in TPP member countries.

Monitor the details of trade agreements and their process of negotiation

Having said that, we cannot simply put this off as an idea made in America, a country that aims to remain at the center of the world. Similarly, we might be falling into the habit of thinking about TPP only in terms of cost and benefit for Japan, which is “our country.” In the past, the German international political economist Albert Hirschman pointed out, “The commercial relationship between big nations and small nations, rich nations and poor nations, and industrial nations and agricultural nations is a place of unequal struggle between nations with disparities in economic and political power attempting to prioritize the interests of their respective country or companies.” His book National Power and the Structure of Foreign Trade (Japanese translation “Kokuryoku to gaikokuboeki no kozo” Keiso Shobo) was published in 1945.

It’s been more than half a century since, yet we still seem to be judging trade and trade agreements from the perspective of profit and loss in terms of our own country. In an age of globalization, the role of trade is vital. That is why it is important to build a mutually beneficial trade/investment relationship by protecting not only the profits of multinationals led by American companies, but people’s health, security/safety, and environment through respect towards the national sovereignty of each nation while giving sufficient consideration to each country’s history, culture, degree of economic development, and balance and hierarchy of political/economic power between member countries with a multifaceted perspective.

We should use TPP as a starting point to move further along in the mutual understanding with Asia-Pacific countries and build a fair trade system in which each country can receive the maximum benefits of free trade equally. For that, each of us must take an interest in the TPP negotiations and their details, what that means for each of the 12 countries, and monitor its progress. However, in April of this year, the document containing the negotiation details was disclosed in the lower house of the Diet’s special committee with everything redacted except the title, on account of the nondisclosure agreement. I cannot but feel uneasy about this secrecy in disregard of the citizens’ right to know, which is the basis for democracy, despite the fact that this trade agreement will greatly impact the lives of the citizens.