“Aging” Japan vs. Africa, the “youngest continent” in the world

The recent remarkable economic growth in the countries in Africa has been frequently reported by the media in Japan. This does not seem to be of high interest to the Japanese because the African continent, situated far away from Japan, does not seem relevant to our lives. However, in recent years, both the Japanese public and private sectors have been intensifying efforts to become involved in Africa. The “youngest continent,” Africa, may become an important future partner for Japan. 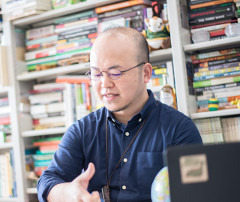 I specialize in Sub-Saharan Africa, the area that lies south of the Sahara. The economic growth in this region has been gradually on an upward trend since around 2000. The GDP of Sub-Saharan Africa has been growing at around 5% yearly. However, this figure is just the mean, and some countries have achieved higher growth rates than that, while some countries have seen only sluggish growth. Many of you may think the reason why African countries are developing countries is that the African people’s motivation and ambition are weak. But if they seem “unmotivated and unambitious,” there is the inescapable historical background that has given rise to these circumstances.

Europeans began making their presence felt in Africa after the mid-15th century when the period called the “Age of Discovery” began. After the period of the Atlantic Slave Trade, the “Partition of Africa” in which European powers divided and colonized almost all of the continent except Ethiopia and Liberia, took place in the latter half of the 19th century. It was after the mid-20th century in the post-World War II era that various territories became independent. People tend to think that independence from colonialism means the country that existed prior to colonization becomes independent. However, this is not the case with Africa. The borders dividing African countries which became independent after the mid-20th century were demarcated by Europeans during the colonial era, and most of the borders remained in place after these countries became independent. Consequently, it was not unusual that groups of people whose language and customs were different from other groups in the same region were suddenly treated as the same “nationality,” or people who spoke the same language were divided into multiple “countries.” One example is the Ewe people who lived in the Gulf of Guinea in West Africa. These people ended up living in three separate countries: Ghana, Togo and Benin. The official language of Ghana, an former English colony, is English, and the official language of Togo and Benin, former French colonies, is French. As a result of the “Partition of Africa,” people with the same culture and customs were placed in completely different circumstances. In such “countries,” there were often cases that some people did not accept the elected leader as their representative. And the leader also was inclined toward nepotism that granted favor to his ethnic group or relatives, resulting in dictatorship and repression of ethnic groups different from his own. As a consequence, increasing antagonisms among ethnic groups, as well as blatant intervention by the United States, the Soviet Union and former colonial powers in the midst of the Cold War, led to many conflicts and civil wars. Under such circumstances, it was difficult for people to achieve unity or to have a sense of motivation and ambition.

About a half century after independence, the circumstances started changing. It was a time when the second and third generation of those born after independence came into being, and the consciousness and identity of a single nation that transcended ethnicity started forming among these generations. And, with the end of the Cold War in 1989, the structure that had supported dictatorships in various African countries collapsed. Furthermore, the significance of democratization started filtering down to the people through easy access to information around the world due to advances in ICT (information and communication technology). This is the background of the change in the circumstances. In fact, the number of countries with long-time dictatorial administrations, which were once numerous, has decreased, and more and more countries have achieved regime changes without chaos through democratic election procedures. Economic growth in each country is backed by these changes in social circumstances. In other words, each African country has begun to achieve steady economic growth, which cannot be attributed to some sudden factors or an economic bubble.

Furthermore, there are major factors that will underpin economic growth in each African country. One such factor is the growing working population. The current world population is approximately 7.5 billion, of which Sub-Saharan Africa accounts for approximately 1 billion. By 2050, it is estimated that the world population will be 9.8 billion, and Sub-Saharan Africa’s will be 2.1 billion. While it is said that Japan’s population will be less than 100 million by the middle of this century, one in five people in the world will be from Sub-Saharan Africa. Naturally, the working-age population between the ages of 15 and 64 is increasing, and Sub-Saharan African countries will enter the “demographic dividend period”, during which the demographic group of dependents will relatively decrease, and it is expected to peak around 2040. Incidentally, Japan’s demographic dividend period, which supported the high-growth period of the Showa era, began around 1964 and ended in the mid-1990s, after the economic bubble burst.

The upturn in demographics in Africa can be explained by a couple of factors: With economic development, the standard of living in urban areas in particular has increased; and women’s social advancement has gradually progressed. The gradual transition from high birth and death rates to lower birth and death rates is also boosting the economy. In addition, along with economic growth and the growing population, urbanization is on the rise in each country. With its population already exceeding 17 million, Lagos, Nigeria, the highest populated city in Sub-Saharan Africa, has become the commercial center of West Africa. It is said there are more than 30 cities with a population of more than 1 million in Sub-Saharan Africa. High productivity in large cities supports the country’s economy. Wages are also higher than rural areas, creating large consumer markets. Furthermore, an increase in income has broadened access to education, leading to an increase in the number of young people receiving higher education.

In fact, Japan is facing an aging population and declining birthrate, which may dull the growth and vitality of the nation, while Sub-Saharan African countries enjoy a more stabilized society and ever-increasing population. They also have abundant underground resources, which Japan does not, such as oil, natural gas, gold, silver, copper, diamond, nickel, platinum, manganese and rare earths, which are the driving force of their economic growth. More than ever, there is the possibility that young people who receive higher education and enhance their capabilities can promote a variety of innovation in ICT and other fields, and drive social reforms without the discouragement of their motivation and ambition. It now makes sense that Former U.S. President Obama called the geologically old Africa, which is the mother of all humans, the “youngest continent.”

The biggest challenge is resolving disparities 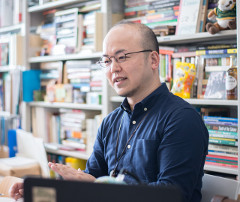 But there are challenges. One of them is the widening economic gap. Although people living in large cities benefit from increased income and higher education, many rural areas remain unchanged. More than 40% of the population who belong to the poorest sector in Sub-Saharan Africa make their living on less than 1.25 dollars per day. There are still many more people who cannot afford $5 to $10 malaria drugs. With the cooperation of the international community and through the local people’s own efforts, enrolment in primary education has exceeded 90%. However, many children drop out of school due to economic or other reasons. Although more and more people living in the cities have enrolled in universities, this accounts for only 10% of the population overall when rural areas are included. In fact, in Africa, one’s educational background is highly valued. It is difficult to find a job without a degree in higher education, and as a result, many people cannot escape the cycle of poverty. The fair distribution of wealth and correction of disparities are major political challenges.

Despite advancement in urbanization, infrastructure development has failed to keep pace with urban advancement. People have no choice but to depend on non-utility generation, and face waste problems and slums in the cities. In recent years, China has been focusing its support on upgrading urban infrastructure, constructing railways and roads, and developing ports and production facilities. China’s investment in Sub-Saharan Africa has increased sharply since 2000. China deserves full credit for its efforts to play a role in economic growth, as well as in education and healthcare improvement, in African countries. On the other hand, there is the criticism that China may be trying to put Africa under its influence through large-scale economic aid. Some also doubt if it is financially possible for China to continue what it has been doing.

There are concerns that Japan has been left far behind by China in terms of investment. Japan’s efforts in Africa have been shifting toward sustainable involvement through public and private sectors, and I believe this is the right approach. Africa has long been in a position to receive assistance from the world. However, assistance is not a goal but a means. Assistance is not the end goal. The ultimate goal is that people in Africa will continue to evolve autonomously. Private Japanese companies recognize Africa as an equal business partner and have been stepping up their activities recently. This is the way it should be for both Japan and Africa. In recent years, in addition to big companies, ICT-related small- and medium-sized companies have been invited by various countries to conduct ICT workshops on business sites in those countries.

Meiji University has also been accepting students from Africa. Their knowledge about, and way of using, digital media are no different from Japanese students. When these students become experts in creating innovation in ICT systems and other fields, they will be able to connect Africa with Japan, and with the world in the future. Africa is filled with great potential, so it is unnecessary for us to compete on investments. I believe wide-ranging exchanges, including business and education, at the private-sector level, will ultimately produce a sustainable involvement for both Japan and Africa.