The new Governor of Tokyo has been elected after the successive resignation of the former Governors, Naoki Inose and Yoichi Masuzoe, due to scandalous troubles. I believe that many of you would want the new Governor, Yuriko Koike, to live up to your expectations. Then, a number of questions about the Governor of Tokyo might pop up in your mind: What kind of authority does she have in the first place? What kind of role should she play anyway? In order to know the answers, it is necessary to re-examine the structure of the Tokyo Metropolitan Government (TMG), one of the most unique democratic regimes in the world.

It is critical to know Tokyo’s government structure, a governmental style unique to Japan, to know the Governor of Tokyo 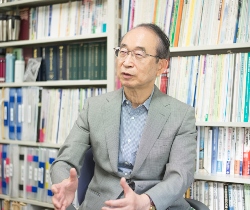 First of all, to know what the Governor is all about, it is necessary to understand that the structure of the Tokyo Metropolitan Government is a unique system that cannot be seen anywhere else. Media reports often give an impression that the Governor of Tokyo apparently has authority comparable to a head of state, adding that Tokyo’s budgets are roughly equivalent to Sweden’s. However, this understanding is definitely wrong. The Governor actually has authority to submit bills for budgets, ordinances, decide on personnel affairs, etc., but such authority is tightly overseen by the Metropolitan Assembly. Although this system looks like the parliamentary Cabinet system of the Japanese government, there is a huge difference between the two. Unlike the Government of Japan, both the Governor of Tokyo and the members of the Metropolitan Assembly are elected directly by the citizens of Tokyo through the dualistic representative system. In other words, both the Governor and the Assembly members are equally authorized as representatives of the citizens of Tokyo. In fact, there is no possibility that the Governor makes an arbitrary decision.

Such examples include Tokyo’s budgets roughly equivalent to Sweden’s, most of which consist of personnel expenses (salaries for the staff, the Assembly members, etc.), public assistance benefits (payments for those who are entitled to receive benefits in accordance with the Public Assistance Act, the Child Welfare Act, etc.) and mandatory spending for the government’s debts. They are not discretionary expenses that can be flexibly changed based on political agenda. This example shows that the Governor cannot fiddle with the budget at her discretion. This is also true of the employment of the TMG staff, whether they are police officers, fire fighters, or teachers. The individual divisions in TMG have their own examination systems and employ only those who have passed their examination. In addition, they have their own promotion and examination systems. The Governor cannot even appoint a direcat a Governor’s Bureau. This is true of even the appointment of the Vice Governors. The appointment of any Vice Governor official for special service requires approval by the Metropolitan Assembly. Mr. Masuzoe’s resignation as Governor of Tokyo is one of those examples. When a bill asking for his resignation was submitted to the Assembly, another bill asking the Assembly to approve the appointment of four new Vice Governors was submitted at the same time, and both of them were adopted. Things like that would never happen in Europe and the United States. In the United States, there is a reshuffle of the White House staff when a new President assumes the office. This is called the political appointee system, which is used not only by the President, but also by governors and mayors and allows them to arbitrarily appoint and dismiss persons in important posts. In Japan, however, a unique system has been created over the years. This system is considered to be a highly sophisticated democratic system, which prevents concentration of power in the Governor’s hands in an enormous organization like Tokyo.

If the Governor believes she is endowed with absolute power, she will receive no support from anyone

It seems that this unique system in Japan is not fully understood by the media and therefore by the citizens. In general, the Governor of Tokyo is considered to be someone like a dictator who has a tremendous power over a huge organization. However, if the Governor herself had such a wrong notion, she would not be able to build good relations with the Metropolitan Assembly and the TMG staff and would have difficulties in implementing her policies.

Here, I would like to talk about Shintaro Ishihara, the Governor of Tokyo before Mr. Inose. Mr. Ishihara announced his commitment to diesel vehicle emission control, when I served as Vice Governor. We went through hardships and made persistent efforts, before implementing this commitment. We persuaded the automobile and transportation industries to support it by creating a subsidy program for exhaust gas filters, and held repeated negotiations with governors of neighboring prefectures and asked them to support it and to create a relevant ordinance. It took four years and six months to implement this commitment during his second term as Governor of Tokyo. Mr. Ishihara acted like a dictator before the media. In fact, however, he was the Governor, who understood the relations with the Metropolitan Assembly and the TMG staff and had the ability to show strong leadership, which helped implement his high-priority policies. Basically, the TMG staff had very strong loyalty to the Governor, because he was elected by the citizens of Tokyo. If the elected Governor had a vision for the City twenty or thirty years from now and was trying to implement policies necessary for it, the staff would provide full support to him.

However, if the Governor treated the staff as her servant, she would not receive any support. The Governor of Tokyo is a person in charge, not a person with absolute power. She should not have a wrong idea about that. While Mr. Masuzoe was faced with scandals, the TMG staff’s response to him looked indifferent. His attitude toward the staff might have caused their indifference. 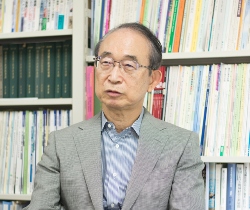 We saw a series of the Governors’ scandals, while Mr. Inose and Mr. Masuzoe were in office. However, we cannot afford to keep being fence-sitters. Now, Japan is faced with an aging population, a lower birth rate, a declining population, and a lower economic growth rate. These tendencies show that Japan has become a mature society after its high economic growth period. Both a declining population and a lower economic growth rate were regarded as negative factors for a society during the high economic growth period. Today, however, we live in a different era. We have to build a new structure that allows us to appreciate an enriched life and its improved quality under these circumstances. In order to do so, we have to change the mindset that we had during the high economic growth period. I believe that 2020 Tokyo Olympics will become the best opportunity for that. One of the reasons is that the Olympics helps its host country to develop cultural events. Whenever I visit large cities in Europe and the United States, I find that Tokyo is far better in terms of convenience in life and infrastructure, a basis of a convenient life. I think, however, it is less mature in terms of art and culture. Tokyo is not a city that offers easy access to superb concerts, theatrical plays, fine arts, etc. Culture and art are integral factors for a mature society. In 1964, Japan enjoyed high economic growth following postwar reconstruction. The infrastructure of its urban functions, such as bullet trains, the Shuto Expressway, and the Circular Route 7, was developed in anticipation of the 1964 Tokyo Olympics. In 2020 Tokyo Olympics, cultural and artistic aspects should be enhanced. In the 2012 London Olympics, London offered a wide range of cultural and artistic programs, which even included avant-garde art and entertained its citizens and visitors from around the world. Those programs earned a reputation for showing a different face of the United Kingdom, whose image was rather rigid. Tokyo should consider cultural events during the Olympics not as entertainment, but as part of a city vision for the mature society in the future.

We can expect another benefit from 2020 Tokyo Olympics. That is to further develop an environment which allows the general public to easily enjoy sports, inspired by the Olympic Games. After the 1964 Tokyo Olympics, there was a boom in volleyball among housewives across Japan. There is no need to say that the “Witches of the Orient” caused the boom. This boom made it nothing unusual for Japanese women to enjoy sports. In that regard, the Olympics has a magical power to change a society. If the Olympics changes a society, it will help develop an environment which allows the citizens to easily enjoy sports, including improved sports facilities, and become one of the reasons to further enrich our life and raise its quality.

Japan has already become a mature society. The Olympics to be held in Tokyo gives an opportunity to discuss our society thirty years from now. I think that substantial discussions on the Olympics should focus on what to gain and what to change about our mature society. I would like to expect the new Governor to take 2020 Tokyo Olympics as a good opportunity and to show strong leadership in creating a vision for the City thirty years from now, without forgetting her primary responsibilities as the Governor of Tokyo.