Recently, it was reported that the total area of land whose owner is unknown in Japan has topped that of the entire Kyushu region, a fact that has caused quite a shock. Why is there land of unknown ownership? What problems does it cause? How should those problems be handled? A scholar at Meiji University has been involved in these issues for many years. 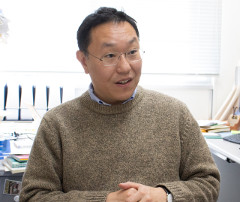 In recent years, issues such as deserted and unadministered mountain forests, abandoned farmlands, and unidentified-resident homes have come to the forefront across Japan.

This problem has long been identified, but it was after the 2011 Great East Japan Earthquake when it started to draw considerable attention.

For instance, restoration work, such as the construction of roads and tunnels, was planned to take place after the disaster. However, construction was hampered owing to the length of time it took to identify the owners of land. This resulted in delays to local redevelopment.

Why is there land of unknown ownership? To put it simply, more and more people who were born to local farming families have moved to the cities.

In other words, as the owners of the land age and die, the children, who are supposed to inherit the land but do not live there, become non-resident owners.

Some may return a few times a year to pull weeds, and some hire others to manage their land.

And after they die, their children, who were born in the cities, become the heirs. However, they drift further and further apart from the rural areas, leaving the land deserted and unadministered.

Furthermore, there is the issue of registration. Most of the land and homes in cities are registered. However, registration is not necessarily required, and it is not enforced by law.

In fact, it is not uncommon for land in rural areas to have been registered by the names of ancestors dating back three or four generations.

In a city, if the boundary across a neighboring house exceeds even ten centimeters, it becomes a problem. This is why registration is required to prove ownership legitimately. However, rarely does anyone steal rural land. This is why people have little interest in registering it.

Moreover, when parents pass away, their children take over the family business, farming, on the same land; and thus, there is no issue.

For example, a landowner who has several children passes away. Time goes by and none of the children registers the land. After those children also pass away, the right to its inheritance is passed down from one generation to the next.

In other words, the right to the land, which was registered under the name of the ancestor of four generations ago, goes from children to grandchildren, and then, from grandchildren to great-grandchildren. This legacy could be depicted in a pyramid chart.

If a disaster occurs in the area where such land is located, it becomes necessary to verify all the owners of the land before initiating reconstruction work.

In fact, after the 2011 Great East Japan Earthquake, a great deal of time and effort was spent tracking landowners by using family registration records.

As a result, most of the landowners were identified. In view of this, although the total land area of unknown ownership has been said to equal that of the entire Kyushu region, such land may actually be much less than what has been reported.

Rural land will not sell or be bought by local governments

Another problem regarding land with non-resident owners is that they are not administered on a routine basis and have been abandoned. The quantity of such land is increasing steadily across Japan.

This could not only hinder speedy restoration efforts in times of disaster but also lead to a house built on such land becoming dilapidated like a haunted house and possibly inhabited and damaged by wild animals. Roof tiles may be blown away, resulting in injury to other residents in the area.

Some experts have also pointed out that rice paddies covered in weeds causing them to fail to function as a natural dam and derelict mountain forests could cause landslides during heavy rain.

The owners now living in the cities must also deal with the burden of maintaining ownership; they need to invest time and money in managing the land and pay property tax.

Some people think they do not have to pay property tax if the land is not registered, but those who have the right to the land are obligated to pay tax, even without registration.

The oldest son in a family who took over farming on the land, which was previously registered by an ancestor of four generations ago, may be the only one paying property tax. But this is because he acts as the representative of all the other heirs.

If this is not the case, those who live in the cities and have the right to the land are forced to pay property tax for land they are not even using.

Subsequently, they may consider selling the land. However, in realty, such land attracts no buyers and will not sell.

Primarily, it is often the case that children leave for the cities because the land is small and they cannot generate enough revenue from farming. Who would want to buy such land? Probably no one.

Farming families in the neighborhood are also suffering from a lack of successors and a labor shortage. They cannot afford to expand their cropland.

Local governments will not buy the land or houses, except when there is a need to improve infrastructure or if the property has historical value.

Land of unknown ownership is not only a problem for the region where such land is located, but it also places a heavy burden on the owners who live in the cities. They cannot give up their land and are stuck without a solution.

The wisdom of the old land subscription system in Japan 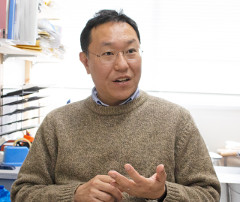 Our government has been considering a system that enforces registration and also allows for the selling of land under certain conditions. However, it is still difficult to consider this a definitive solution to the problem.

This is probably because various systems established for Japanese society, in which both the population and economy were once expected to grow steadily, are no longer functioning.

People have believed that the myth that demand for land never decreases, and land values continue to rise.

However, such a supposition cannot guarantee a fundamental solution. In fact, there are few potential buyers for land in rural areas.

In recent years, subscriptions for luxury brand items and cars have become popular. It is a system for sharing a product for a period of time among people who use it. In the period of high economic growth, to own something was proof of success. However, the concept and definition of value has since changed.

Previously, many people would set themselves the goal of owning a house. However, the idea of renting a house or room for a lifetime is becoming increasingly prevalent.

As society changes, consumers are also changing their lifestyle. Now, a system that liberates people from the conventional idea of owning is necessary.

One way of realizing such a system is an initiative, in which I am also involved, implemented in Nichinancho, a town in Tottori Prefecture.

Land with non-resident owners was also a problem for this town, so the municipal government began accepting donations in the form of mountain forests.
This initiative has helped free landowners from the responsibility of management and taxes, and consequently, they will not have to pass down these burdens to their descendants.

The town is still examining what they can do with these forests. However, as a local government, it was imperative to release the residents suffering from the land burdens from the idea of communal solidarity, in which everyone was once a member of the village community and also to prevent the land in the area from becoming abandoned and ruined.

Of course, I do not think this is the best solution.

There has been some criticism that it is selfish of the residents to own the land when they can utilize it but then have the local government take it over when they no longer need it. Certainly, self-help should be fundamental.

However, if the land belongs to the local government, it will be easier to establish a system to turn the land into common space for local residents. To put it plainly, and in more modern terms, this is the subscription system.

In the Edo period, there was common, shared land in villages called iriaichi.

I think this system suited society at the time.

After the Meiji period, iriaichi, the common land, faded away as a system which placed more importance on land ownership by individuals was adopted. However, adopting this old-style social wisdom in a method that is suitable to modern times may provide a solution for this day and age, when conventional values and schemes are no longer workable.