Can we expect reforms from the Trump administration that scapegoat immigrants?

Trump’s slogan captured the hearts of people against diversification 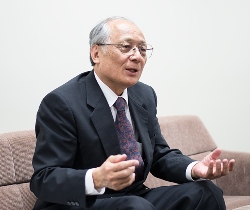 “Make America Great Again!” is President Trump’s slogan that has been employed since his campaign. What does this “Great America” mean? Probably, the greatest America he pictures is that of the 1950s, when European and Asian countries were still in the process of recovering from World War II and the United States was the only superpower and boasted its prosperity in terms of politics, military, and economy. In those days, white middle-class families were leading a very rich life in America. However, in the 1960s, the white-centered values gradually started to break down mainly due to the so-called civil rights movement. In Japan some of the well-known events are the March on Washington for Jobs and Freedom in 1963, where 200,000 people gathered and Martin Luther King Jr.’s “I Have a Dream” speech was made, and the enactment of the Civil Rights Act in 1964. However, this movement had already been seen in the 1950s. For example, in the case of Brown v. Board of Education in 1954, the court ruled that separating public schools for black and white students, which had been endorsed by the Supreme Court’s decision, was unconstitutional. Furthermore, the incident of Rosa Parks, who refused to give up her seat to a white passenger on a bus in 1955, triggered the Montgomery bus boycott, which led to the civil rights movement. Through these various events and movements, claims and rights of black people and other minorities were eventually recognized. In addition, in the case of Roe v. Wade on women’s abortion in 1973, the Supreme Court’s decision admitted women’s right to have an abortion. In this way, empowerment and social participation of women have also advanced.

On the other hand, some people are against these movements. Typical examples are WASPs, or White Anglo-Saxon Protestants advocating white supremacy, and a secret society KKK (Ku Klux Klan). They strongly protested against minority liberation movements, feminism, Islamism, and so on. Superficially, these extremists account for only a small fraction of American society. However, in America, there is a concept centered on the values of Anglo-Saxon Protestants, who played main roles in the founding of the nation, and many Americans actually have this conservative concept and respect these values. In a society with an increasing sense of stagnation, it can be said that President Trump’s “Make America Great Again!” was a slogan to capture the hearts of these people.

Does the entry restriction for immigrants represent Trump’s attempt to scapegoat immigrants!?

It is said that Trump’s supporters mainly consist of white lower-than-middle-class laborers. Many of them work in an industrial area called the Rust Belt in the Midwestern region. Actually, this area used to prosper with the steel and automobile industries, but it has now fallen into decline without any trace of prosperity. The major causes of this decline are the dependence on conventional technologies and systems as well as the lack of efforts for technical innovation. As a result, more and more production lines have been shifted overseas. However, to laborers who lost their job or have a hard life due to their low wage, President Trump conveyed the message that their hardships were caused by immigrants who took their jobs, and therefore he would crack down on illegal immigrants. The laborers believed Trump’s message, saw immigrants as their enemies, and supported him in expectation of his presidency. In reality, however, many Hispanic and other immigrants work as laborers in farms and construction sites, where white people are usually reluctant to work. It is said that the agriculture and construction industries in the United States would not function without immigrant workers. Decline in employment of white workers in the Rust Belt is due to structural problems of the industries, not the immigrants.

However, political measures to scapegoat immigrants become effective when Americans find they have a harder life; this trend is nothing new. For example, many Chinese came to the United States in the Gold Rush era around the late 1840s. They were still in the States after the Civil War (1861-1865), and employed by the transcontinental railroad construction project that started soon after the War. As a low-wage workforce capable of working long hours, many Chinese came to the States to work there. They were called “coolies,” and engaged in railroad construction from the West Coast. It is reported that Chinese accounted for 90% of the railroad construction workforce. However, when the construction was completed, these Chinese were thrown out. Then, they established Chinatowns all over the country and helped each other in their communities to make a living. However, these Chinese were scapegoated in times of recession. In 1882, the Chinese Exclusion Act came into force and immigration of Chinese laborers was prohibited. When Chinese stopped immigrating to America, Japanese immigrants increased instead. However, the Immigration Act of 1924 set the maximum number of immigrants to be admitted from each country based on the results of the 1890 census. It limited the number of immigrants from a country to 2% of the number of residents from that country as of 1890. In short, immigrants from Eastern and Southern Europe, which sharply increased since the end of the 19th century, were limited more strictly than those from Western and Northern Europe. Moreover, as aliens ineligible to naturalize, all Asian people were prohibited from immigrating into the United States. Although this Immigration Act did not explicitly target Japanese, in Japan it is called the “Japanese Exclusion Act.” In this way, Americans repeatedly utilize immigrants when they face a manpower shortage, and then scapegoat, control, and exclude them when an economic downturn or any other problem occurs.

Trump’s lack of leadership as a statesman 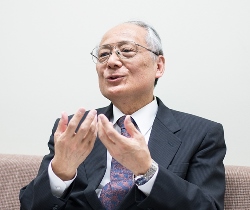 Looking back American history, you will find that the country’s trend repeatedly swings back and forth between conservatism and liberalism. This is applicable to many issues, including the immigration issue. In the 1950s, Americans, white people in particular, enjoyed an era of prosperity. However, from the 1960s, diversification advanced through the civil rights movement and globalization. Then, the conservatives regained their power in the 1980s to cause the culture war. After the turn of the 21st century, Obama became the country’s first black president, and diversification and liberalization further progressed under his administration. The birth of the Trump administration can be regarded as an antithesis, or rebound of this trend. However, the policies of the Trump administration simply try to appeal to American’s conservative sentiments and turn the attention of working-class people to immigrants by adopting an exclusive and nationalistic stance in general. As these short-sighted policies will not bring about essential reforms, we would have to say that President Trump does not have enough leadership as a statesman.

For example, his executive order to control immigrants is yet to take effect, because its constitutionality was questioned by federal courts. As the United States won its independence from the tyranny of the King of England through the American Revolutionary War, its Constitution was established after discussion and ratification by thirteen states. The Constitution focuses primarily on the system that will not allow autocratic and tyrannical governance of the nation. Rather than expecting a person of character to be a leader, it ensures that the system of checks and balances is always effective whoever becomes the leader. In that context, the conflict between President Trump and the judiciary authorities provides evidence that this system is effectively working to stop Trump’s autocratic policies without leadership. Furthermore, the press, which is called the Fourth Estate in the United States, strictly monitors the government. The Watergate scandal in 1974, which forced then President Nixon to resign, was first revealed by coverage by two journalists of The Washington Post. President Trump also has a fierce battle with the media over his reluctance to disclose his tax returns or publication of false information. In addition, as American legislators value voters’ opinions and do not have a strict obligation to vote according to party decisions like Japanese do, even some Republicans voted against Trump’s policy to abolish Obamacare. Depending on the results of the House of Representatives elections to be held two years after Trump’s election, Trump’s presidency may be placed in a more difficult situation. Considering the trend of American history which repeatedly swings back and forth between conservatism and liberalism, and the governmental system that never allows an autocratic ruler to prevail, the Trump administration may lose its credibility sooner than expected.