Custody means the responsibility parents take for their child 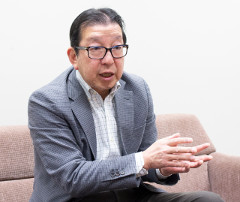 In Japan a married couple has joint custody, but when they divorce, one of the parents will have sole custody. The idea is that a decision is left up to the parent who lives with and cares for his or her child if the parents are split on the decision.

For a child, parents are parents, and if the parent with whom the child lives disagrees with the other parent, this can be very stressful and hinders the healthy growth of the child.

The custody system was originally taken from French civil law. In recent years, however, in western countries including France, joint custody after divorce has been introduced, or its introduction has been discussed.

What lies behind joint custody is the spread of the idea that a child is not an accessory for parents but has an independent personality. Therefore, even after divorce, one parent alone should not arbitrarily decide everything with regard to caring for the child; instead, both parents should share the responsibility.

In fact, there are many cases in which Japanese couples thoroughly discuss childcare and decide to share parental responsibility prior to their divorce. Institutionally, only sole custody is allowed in Japan, but they feel deeply responsible for the child. For these types of parents, the custody system does not really matter.

A high-conflict couple cannot be reconciled by joint custody

Following the western example, in Japan as well, bipartisan lawmakers are beginning to promote the introduction of joint custody. However, the reason behind this movement appears different from the one in western countries where parents consider custody as their responsibility. In Japan, the introduction of joint custody is being considered in response to frustration expressed by fathers who have lost the right to see their own children because of sole custody granted to mothers through divorce.

I served as a conciliation commissioner in family court for many years. There I saw many cases in which couples could not reach a mutual agreement on divorce and petitioned for mediation in family court. In a situation like this, both the wife and husband clash with each other, and intense conflicts frequently occur between them. They are in no state to have a calm discussion.

So, family court decides who has parental authority by considering what benefits the child. Judges are inclined to think that in most cases a father who works full-time has sufficient financial resources for his child’s needs. But he may not be able to provide a good living environment for the child without support of some kind. The child could end up at home alone and hungry waiting for the father who has to work overtime until late at night.

By contrast, a mother who is a full-time housewife can often receive support from her parents. With this as an assumption, the mother can also work part-time around the child’s daily schedule. Based on these facts, the mother is often granted sole custody. Approximately 70% of mothers have parental authority in Japan.

A father without custody still has to pay child support. The child is afforded the right to request family financial support from the father who does not have custody.

In the case of a high-conflict couple, sometimes a wife prevents her ex-husband from seeing their child in spite of receiving child support from him.

For example, although family court determines child support to be 60,000 yen a month, a wife may demand her ex-husband pay 80,000 yen on the condition that he be allowed to see his child. This example clearly indicates that the mother uses the child to drive up the amount of child support.

On the other hand, a man starts becoming aware of his role as a father only after he sees first-hand the growth of his child. However, it is wrong for him to think he is owed visitation to the child just because he is paying child support. Children are not things or accessories for their parents.

The Japanese are said to think strongly that children belong to the parents. Because of this, some mothers use their children as a bargaining chip when dealing with their ex-husbands. And fathers also carry on a war of nerves with their ex-wives over the children, and in the worst case we know of, some fathers have ended up killing their children after visitation.

Intense conflicts can never be resolved by just introducing a system of joint custody. Before discussing the details of joint custody after divorce, I think, there is still much to be done. 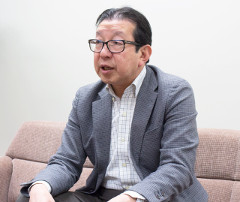 In fact, joint custody as practiced in western countries is also based on a variety of structures. In France where the social foundation is strongly influenced by Catholicism, there is a concept that marital ties established before God cannot be dissolved.

Consequently, a third party such as a church or a municipal office steps in and discusses with parents their joint parental responsibility for their child. The divorce is granted only after the parents give their pledge to God or the community.

If conflict between the couple is too intense to have such a discussion, the problematic parent may be deprived of custody. For example, in the event of domestic violence, maltreatment or abuse of custody, a process that immediately deprives a parent of custody is in place. A system of joint custody is available in addition to this system.

As I mentioned earlier, in Japan there are many couples who discuss childcare and decide to share parental responsibility prior to their divorce. These couples virtually share joint custody regardless of systems.

On the other hand, if the couple has no option but to petition for mediation in family court because of intense conflict between them, sole custody could be granted as an exception even in western countries where joint custody is basically practiced.

The current discussion over the introduction of joint custody in Japan is based on a growing demand from parents who have lost the right to see their own children because of sole custody granted to their former spouses. However, the priority is confused here. Why is a parent unable to see his or her child? Why does the other parent prevent the former spouse from seeing the child? The ability to discuss the reasons calmly is what they need most at such a time.

In Japan, a third party such as family court steps in only after a couple cannot come to an agreement and conflict becomes intense. However, there needs to be a system to support parents from an early stage of discussion as is the case in western countries.

In fact, there is an organization in Japan called FPIC (Family Problems Information Center) where court clerks and investigating officers of family court, who were at one time involved in high conflict divorce mediation, provide support regarding divorce.

However, in Japan, since divorce is granted by just filing divorce papers with a municipal office, there is no need to depend on organizations like FPIC. Given this, Japan will need a system that can provide advice and guidance with regard to divorce at the local government level.

Actually, the Ministry of Health, Labour and Welfare has been conducting studies on this type of system. I think it makes more sense to establish a structure that can provide guidance with regard to divorce before the introduction of a system of joint custody.

It is also necessary to improve our legal education regarding marriage and divorce. Beginning on April 1st of 2022, the age of adulthood will be lowered in Japan to 18. It will be crucial to provide a thorough legal education before young people graduate from high school if we are to treat them like adults.

At Meiji University I provide a lecture called “Family and Human Rights” which many students attend every year. Some of those students have parents who are divorced and have experienced mental stress since they were small children. They say that is why they want to learn what the role of parents should be.

Honestly, I was shocked when I heard this. You cannot imagine how many divorces have left children behind. As a result, they are still emotionally scarred even after they have grown to be college students.

I think education can play a significant role in not letting the same thing happen to such students, and also in providing them with emotional support.

It has been said that Japan is a country with a low divorce rate. The reason behind this is that husbands worked around the clock as corporate warriors in the high economic growth period, and this made it difficult for wives who supported their husbands at home to attain financial independence.

In contrast, there were many townswomen in the Edo period who shoved a notice of divorce at their husbands. So, a low divorce rate has never been an ancient Japanese tradition.

Today, with women’s social advancement, it has become easier for women to attain financial independence. Because of this, the divorce rate may continue to rise. That is all the more reason why we definitely need a system for parents to fulfill their parental responsibility as well as a system to support such parents. And, providing legal education regarding those systems is also a must. The discussion over the introduction of joint custody after divorce can come later.