Psychiatric evaluation is not provided to help criminals 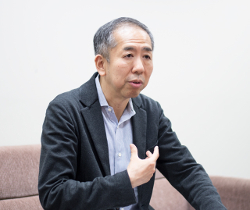 Article 39 of the Penal Code specifies that an act of insanity is not punishable, and that an act of diminished capacity shall lead to the punishment being reduced. This means that such a perpetrator is not held liable for the crime committed, and in other words, is not responsible. This would make most people think that it is unfair. Indeed, if you kill someone, that is illegal and constitutes a crime unless it is self-defense. It is absolutely unacceptable. I am painfully aware of the feelings of hate that the family of the victim harbors towards the perpetrator. They would feel that it is unfair if the person who committed the crime is not held liable. However, suppose, for instance, a driver suddenly suffers a stroke, loses control of his body and becomes semiconscious. If he drives onto the side walk and hits and kills someone who happens to be walking there, which is a tragedy, can you hold him to account? It is obviously illegal to purposefully run someone over. Still, could you hate the driver as a perpetrator? This is true for a mental disorder case. For example, if a person who suffers from a severe mental disorder that causes confusion between reality and his own fantasy world becomes paranoid and thinks that people around him are trying to kill him, and hallucinates with auditory and visual hallucinations, he could unexpectedly become violent against those around him owing to such symptoms. In such a case, it is difficult to hold this person fully accountable. Therefore, psychiatric evaluation of a perpetrator is provided to examine whether the person can be held liable for the criminal behavior he committed in order to punish him, and administer treatment instead of punishment if not. Such treatment would amount to forced hospitalization in a mental institution.

A stroke can be medically proven. On the other hand, however, it is difficult to scientifically prove with objectivity the physical and mental state of a person who committed a crime. Indeed, psychiatric evaluation is admittedly nothing less than a deduction of the physical and mental state of a person at the time of committing a crime. Even so, psychiatric evaluation is provided more multidirectionally and cautiously than the public might believe. Regarding questioning, for instance, interviews cover not only the person directly, but also people who know the person very well, including the parents, school teachers and neighbors in order to ascertain the usual state of the person and whether there was any abnormal behavior. When I conduct a psychological test that I specialize in on those who have a mental disorder, they give answers that are totally different from those of ordinary people. Moreover, in recent years, brain waves are measured and MRI scans are performed occasionally. Then the fact that a certain part of the brain is damaged can actually be confirmed. Recently, fMRI, which is used to observe brain activity while performing certain tasks, has been introduced. This is an examination method that can find specificity, which includes cases where a part of the brain which a given task should generally activate does not become activated or another part becomes activated. In this way, a psychiatric evaluation report is developed where a number of experts are involved in assessing the results of all examinations and questioning together. In other words, psychiatric evaluation is work to accumulate objective evidence in order to sustain a deduction about the existence of a mental disorder and the state of mind at the time of the crime. For that reason, it takes several months to evaluate a major crime that has attracted general attention. Although the public may generally have an image in a police drama or a film where a criminal avoids punishment by intentionally pretending to suffer from mental illness, that is almost impossible in reality. From the viewpoint of actual psychiatric evaluation, such psychiatric evaluation in a drama is just a farce to make a story entertaining. Actual experts can unfailingly detect the feigning of a mental disorder.

Request for severe punishment based on hatred is not right

Further, what you should pay attention to is the fact that even if the conclusion from an expert team of psychiatric evaluation is that the person cannot be held liable, it is a judge who adopts it. One typical example is the Norio Nagayama case of 1968. Then-19-year-old Norio Nagayama shot four people to death with a handgun he had stolen from a U.S. naval base. After diligent psychiatric evaluation, an evaluation report was submitted, which pointed out, allegedly for the first time in Japan, PTSD (posttraumatic stress disorder) brought about by a poor growth environment. However, the report was hardly reviewed, and he was sentenced to death. Later at the appeal court, his sentence was commuted to life imprisonment on the basis of his harsh background described in the report. At the Supreme Court, however, his death sentence was confirmed without the report being reviewed as in the first trial. Although there is a good chance that opinions on a case differ among people, if opinions were influenced by public opinion requesting severer punishment, it would be awful. For example, in the Hikari City mother-child murder case in Yamaguchi in 1999, human-rights lawyers deployed a legal strategy to insist that the minor perpetrator was incapable of bearing responsibility, which faced harsh criticism from society. In addition, when a lawyer, who often appeared on TV at that time, encouraged viewers to demand for disciplinary measures against these lawyers during a TV show, in response, as many as about 7,000 requests for disciplinary measures were said to have been submitted. Although the courts of first and second instances handed down life imprisonment, the remanded appeal trial sentenced him to death. Opinions may be divided on whether the legal strategy of the lawyers was right. Nevertheless, it is not righteous behavior that those who are not quite aware of the background of a case condemn lawyers on impulse, or request severe punishment of a perpetrator. If a perpetrator was really incapable of being held liable, such a fact must be accepted despite it being unbearably painful for the family of the victims, and thus I believe that it is important to provide aid and support for such occasions. 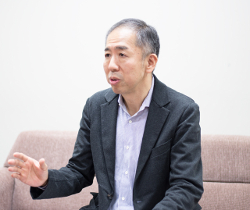 It is pointed out that certain disorders tend to lead to delinquency and crime. In such cases, it has become possible that early recognition and appropriate treatment from early on can help someone integrate well into society. A psychological test is an effective tool to detect such a disorder. If you have any concerns about your child, you should take advice from a medical institution early on. For example, development disabilities with an element of attention deficit hyperactivity disorder (ADHD) used to have no social understanding, and such patients were considered to be strange or troubled children, which made them drop out of society and become criminals in a number of cases. One can argue that a lack of understanding by society let this happen. However, a better understanding of developmental disabilities has enabled early recognition and early treatment to become common, which can achieve social adaptability.

Currently, a big problem lies in cases where trauma is so deeply entrenched in the mind owing to very harsh domestic circumstances, including abuse and neglect (negligence of child rearing), in spite of being born without a disorder. This often becomes extremely serious trauma that cannot easily be treated and causes a mental disorder leading to crime. Both Norio Nagayama and the minor perpetrator of the Hikari City mother-child murder case in Yamaguchi mentioned above had been abused by their family. In such cases, observation by people around the child is a must in a way. If you discover a situation where a child often cries or always has a bruise or wound, it is also a question of having the courage to inform the police or a child guidance center. Although it is said that Japan lags in measures against abusive parents, there is progress.

What I would like to emphasize again is that there are some people who have problems which lead to a crime. It is important to take early action against such problems, and to adopt an approach to prevent a living environment that traumatizes a person and leads to problems. For victims and their families who unfortunately got involved in a crime committed by a person with mental problems, it is also essential to provide support for them to accept the fact, rather than to request severe punishment of the perpetrator based on their emotions. I believe that it is understanding and support of the human mind that needed for both perpetrators and victims.