Was populism dismissed in the wake of the 2017 French presidential election?

On May 7, 2017, voting in the second round of the French presidential election took place, and pro-European Union Emmanuel Macron was elected in a landslide victory over far-right anti-European Union Marine Le Pen. People around the world were relieved, saying that uncertainties in European politics had receded. They also shared a view that France had held back the momentum of “populism.” However, is that really so? 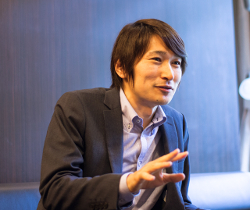 I kept an eye on the French presidential election from a perspective of populism. In that regard, it is true that Le Pen, a far-right populist, appealed to “those who had been left out behind globalization” and gained their support, saying that France’s sovereignty had been threatened by globalization, and liberal Macron beat her. However, I think it is too early to say that populism has lost its power from these facts.

Why do I think that way? Firstly, I can raise its high abstention rate, as some have already pointed out. 25.4% of the voters abstained in the second round where all the candidates other than Mr. Macron and Ms. Le Pen had been eliminated. What is more interesting is that null ballots and blank ballots, not plain abstentions, accounted for 11.52%. This is the highest number in all the postwar French presidential elections. One in four voters abstained, and over ten percent of the ballots cast were null or blank. This probably reflects a strong backlash against the current political or representative system. It seems that this strong dissatisfaction has been one of the breeding grounds for populism.

Secondly, I would like to point out that in the first round Mr. Macron (24.0%) was only 2.7% ahead of Ms. Le Pen (21.3%), although in the second round Mr. Macron (66.1%) appeared to have defeated Ms. Le Pen (33.9%) by a larger margin than expected. What is more noteworthy is that Jean-Luc Mélenchon, a far-left populist, garnered 19.5%. That is to say, far-right and far-left populists accounted for 40.8% of the vote, only about 3% lower than the combined votes (44%) for François Fillon (20.0%) from The Republicans, one of the two major political parties, and Mr. Macron (24.0%). The analysis of these numbers tells us that populism actually gained power in France and its momentum did not wane in this presidential election. In the first place, Mr. Macron himself cannot be defined as someone immune from populism.

Nothing can be resolved by denying populism

In this election, anti-European Union Le Pen’s defeat was welcomed and soothed the nerves of people around the world who thought that the European Union had avoided its breakup. This reaction might reflect that they had been concerned and critical about the Trump administration, a populist movement in the United States, which has emphasized strong nationalism. However, we find nothing will be resolved, even if we deny populism, in the light of what it means.

Although populism has many definitions, in Japan it is generally translated into mass opportunism. Because of this, people are likely to think that it is a technique from above, which politicians use to gain support, making the most of public opposition and dissatisfaction, such as opposition to an existing ascendancy or so-called establishment and dissatisfaction with disparity and inequality. However, when we take a closer look at the background behind which the concept of populism came into existence, we see that it came from popular sovereignty which had started in the French Revolution. Authority used to belong to the king, but the revolution made legitimate authority approved by the people. Against this backdrop, a globally predominant view was established that politics should pay attention to so-called public opinion, the opinion of the people to whom sovereignty belongs. This is the origin of populism. In short, populism is not a political approach that simply goes along with popular opinion which changes day by day, but an idea that was created together with democracy or popular rule. In this sense it can be said that democracy and populism are inseparable from each other.

So, what do the people refer to? In fact, there is no such thing anywhere. For example, we can actually see dissatisfaction with inequality and disparity between individual persons. Prior to the revolution, religious or traditional principles had justified the class system and integrated society. Subsequent to the revolution, such principles were denied and democracy replaced them as a basic principle. The people trusted current politics worked based on the will of the people who ruled a democratic society. This political view justified actual inequality and disparity between individual persons in a sense. Although the idea that considers the “people” as the ruler is a fiction, popular rule is premised on this political integrity. In that regard, democracy can be defined as an alternative religion which believes in the integrity of the people. However, this might encourage people to trust a strong leader who seems to “represent (re-embody)” themselves as a whole and help such a leader to emerge like a priest.

In the meantime, the 20th century witnessed the spread of market economies and capitalism along with democracy. While disparity became more serious due to monopoly or rule of capital, society started to be divided and the people isolated. This tendency was spurred by globalization, which had become more prevalent in the late 20th century. In response to this, divided and isolated individuals had a strong feeling that they were not “represented,” and therefore they needed the integrity of the people. They were dissatisfied with inequality and disparity and opposed the political system that created them. After all, these responses are popular movements that asked for the integrity of the people once again, and therefore they are regarded as true populist movements. However, simply denying these movements does not lead to any fundamental resolution, because they originally came from democracy. Instead, we will find it more critical to pay our full attention to populism.

It is also necessary to review local autonomy

We need to pay more attention to authoritarian leaders who emerge in an era like that. Populism would lead to despotism, which possibly causes oppression. Alexis de Tocqueville, a French political scientist, is the first man to have pointed this out. When he traveled the United States in 1831, Tocqueville saw a society governed by pure democracy there. However, he sent a wake-up call for “tyranny of the majority,” because Andrew Jackson, the then US president, enjoyed support from a majority who were hostile against the intellectual elite in spite of the fact that he was mocked for his illiteracy. Then, what Tocqueville focused on was the system of “separation of powers.” Above all, the role of the judicial branch was extremely important. The executive branch would have run out of control without checks by the legislative branch. He did not have an excessive expectation for political leaders in the first place, saying “Universal suffrage elects no superior politicians.” He knew that people did not have sufficient knowledge and experiences to elect superior politicians. Nevertheless, he found a potential of democracy, which offered people opportunities to learn about politics and society. “Autonomy is to freedom what elementary school is to learning.” These are regarded as Tocqueville’s wise words. They do not necessarily mean that a free society will be created, if everyone gets involved in politics. It is also true that people cannot have better politics, even if they become more interested in politics. What is important is that we get involved in politics and social activities and think about a variety of views and perspectives different from ours, while feeling the integrity of society. Tocqueville thought that this would create a free and vibrant society. As described before, populist movements are inevitable in a democratic society. Despotism is also possible. Nevertheless, he stated that we could find what possibly deters despotism in democracy, even though we do not deny democracy. His words in the early 19th century, when democracy suddenly prevailed, appeal straight to our heart even today.

Populism is even inseparable from democracy. It is true that populism has negative aspects which are likely to encourage authoritarianism and despotism. However, even those aspects have come from democracy. As already repeated, no resolution is achieved by denying populism. What is necessary seems to be paying full attention to populism and finding a solution by doing so. To make that happen, as Tocqueville stressed, it is very critical that every one of us be attentive to a variety of views and learn about society and politics. What is democracy all about? What is democracy supported by? A viewpoint that raises these questions will be developed through such learning. Today, Japan and the world are filled with more information than ever before. However, it seems that we have fewer opportunities to listen to views different from ours. Given this situation, what Tocqueville stressed is far from someone else’s problem.