Think about Limits of Intervention under Penal Code from Remittance Fraud

Special fraud including so-called remittance fraud never ceases to occur. According to an announcement by the National Police Agency, the amount of loss arising from special fraud reached 40.6 billion yen (provisional) in 2016 although that amount has been decreasing since its peak in 2014. While some people say that control against special fraud should be further strengthened, others say that we should be careful about extending the scope of charging persons with fraud.

Only Deceiving a Person Does Not Constitute Fraud 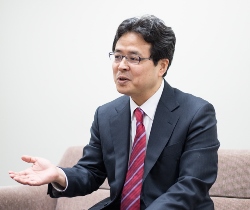 From a general sense, people tend to think that just deceiving a person constitutes fraud, as ‘fraud’ means deceiving in a literal sense. However, merely deceiving a person does not in fact constitute fraud. It is not until a suspect has been found to have deceived a person to make him/her fall into a state of mistake, thereby making him/her deliver property to the suspect, that the suspect is charged with fraud. Therefore, although cheating a person out of his/her money through a remittance fraud certainly constitutes fraud, when conducting a wide-ranging study into the process of remittance fraud, there is a lot of discussion about whether it is possible to actually charge each of the persons involved in the act with fraud. For example, how about a person who calls an aged person under the guise of being the aged person’s child? If the caller has been involved from the beginning in a conspiracy with the aim of cheating the aged person out of his/her money, the caller would be found to have committed fraud. However, as remittance fraud is organized, cases in which a person makes a call but has no further involvement are assumed. In addition, there may be cases in which a caller himself/herself does not know whether he/she has really called the aged person who suffered a loss even though the caller is investigated. There would then be a case in which it is difficult to charge a person with fraud only for the reason that the person has called an aged person under the guise of being the aged person’s child. Moreover, this applies to persons (called ukeko) who play the role of receiving money. Some persons argue that, if a person is only given the role of receiving money, it may be difficult to charge the person as a co-principal in fraud and that the person may be charged with being an accessory to fraud at most.

In addition, there is doubt that a person may not be charged with fraud even if the person has opened an account to be used for remittance fraud with a bank by giving a false name and has received a cash card or bankbook from the bank, as the bank does not suffer actual property infringement though the bank has been deceived. Moreover, when an account used for remittance fraud has been opened in a real name, even though money is deposited by deceived persons into the account, the question of why withdrawal of money from the account by its holder constitutes fraud will arise. Furthermore, when a victim transfers money from his/her own account to a designated account, some people wonder whether fraud has been committed at the time of such transfer. Since deposits are not tangible (contrary to cash), it must be considered whether transferring money from a bank account does not correspond to ‘delivery of property,’ which is a requirement for fraud. In a general sense, deposits are thought to be equivalent to cash, and I think that, based on that, transferring a deposit may be dealt with in the same way as delivery of cash in the Penal Code. But even if a figure of one million yen is recorded in a bankbook, the figure is a mere datum on paper. In the case of the mere exchange of data without acquisition of cash, it is necessary to carefully consider whether it constitutes fraud.

Many people may think that the above-mentioned discussions are strange. Taking notice of the fact that elderly people are cheated out of a large amount of money, the commission of fraud should be more easily determined without discussing strictly charging a person with fraud. In reality, charging a person with fraud is very flexibly thought about in practical cases. With regard to a caller or ukeko as mentioned above, it is permissible to charge the caller or ukeko with fraud in practice. In addition, when a person opens a bank account in a false name, it is also permissible to charge the person with fraud for the reason that he/she has cheated the bank out of a cash card or bankbook. Moreover, even if it is difficult to charge the person with fraud, since banks are obliged to identify persons who apply to open accounts, pursuant to the Act on Prevention of Transfer of Criminal Proceeds, a person may be punished for opening a bank account under a false name in violation of said act. People may rightfully think it sufficient to charge a person who controls the whole remittance fraud and gives instructions on the act with fraud, but in practice only those perpetrators who play minor parts are punished. In view of the large amount of loss arising from remittance fraud, it may be unavoidable to charge persons with fraud flexibly in this way. However, extending the scope of charging persons with fraud could result in charging a person with fraud when the person has told a common lie. For example, if a minor bought a bottle of liquor or a pack of cigarettes by cheating about his/her age, should the minor be charged with fraud?

In addition, a lot of discussions are now taking place about legislating on a so-called charge of conspiracy. It seems that the operation of the Public Security Preservation Law before and during wartime occurs to opponents of such legislation. The Public Security Preservation Law was applied in a limited manner at first but this resulted in it later being applied for the convenience of the government then in power. History shows how Japanese society changed as a consequence. With that in mind, the application of the law, specifically in the case of the Penal Code, should be carefully discussed.

The Harm Principle is a basis of the Penal Code. Pursuant to the Penal Code, intervention is permissible only when a person infringes the legal interests of another person without reason. To begin with, the Penal Code is established to protect various interests necessary for people to live. As a rule, a person must not be punished for committing a crime unless the person infringes another person’s interests. On the other hand, it can be thought that intervention is permissible pursuant to the Penal Code only if a person commits unethical actions from a social viewpoint. However, there is a lot of discussion in society about the nature of “good” and “moral.” Nevertheless, if the government defines certain ethics and finds a crime has been committed simply because of being unethical, society would be thrown into disorder, and unreasonable intervention could be caused to peoples’ lives.

However, although it is not obvious what interests an act specifically infringes, a person may be punished for committing the act as being ‘evil’ from a social viewpoint. The reason is that stretching the meaning of the law to make use of it flexibly under the pretext of controlling ‘evil’ gets support from the public easily. For instance, in addition to cases in which a person opens a bank account by giving a false name as mentioned above, if a person opens a bank account with the aim of transferring a cash card or bankbook to a third party or if a person belonging to an antisocial syndicate, such as an organized crime group member, opens a bank account by concealing his/her identity or plays golf at a golf course by paying money, the person may also be punished for committing fraud. Many people certainly would not oppose charging a person with fraud in order to eradicate remittance fraud or to control antisocial syndicates. Moreover, from the government’s point of view, it is very difficult to find other means of controlling society which are as easy and cheap as imposing punishment. In addition, if action taken by controllers is considered to be right as support has been gotten from the public, the controllers would charge more persons with fraud. However, if the controllers consider their actions to be just and act without reflection, they could intervene in a case without full discussion even though they really should not intervene in the case. Therefore, even if a person is apparently found to have committed a crime, it is necessary for us to calmly consider what is specifically infringed by the act committed by the person.

Some people believe it is best not to apply the law Penal Code to begin with, that it must be the ‘last means’ and that other suitable means, if any, should be used. The reason is that punishment has an extremely harmful property. Therefore, it is necessary to consider the application of the Penal Code carefully. When thinking in this way, loopholes may be opened in the Penal Code, and the criticism that a new modus operandi of fraud would be created may be given. But if that is the case, new legislation should be examined, as regulation of opening a bank account is set pursuant to the Act on Prevention of Transfer of Criminal Proceeds. In addition, I think that a choice of not imposing punishment should be always discussed in legislation.