On June 30, 2018, Hidden Christian Sites in the Nagasaki Region were registered as a World Heritage. It was recognized for the existence of the people lived there who kept their faith under the rigorous anti-Christian policies of the Tokugawa shogunate. Nonetheless, many Japanese people today are said to have no religion. Why is this? As we trace the history of the hidden Christians, the problems of modern-day Japanese people come to light. 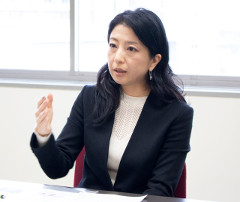 There may be many people who wonder who the “hidden Christians” were anyway, or if they were different from crypto-Christians.

Instead of the “churches in Nagasaki,” UNESCO appreciated the distinctive position of Christianity in Japan, where the hidden Christians inherited their faith under the strict ban of Christianity for about 250 years, an unprecedentedly long period of time in world history.

Research indicates that they drifted away from their orthodox Catholic faith due to syncretism, the joining of Christianity with Shintoism or Buddhism during the prolonged hidden period.

Evidently, the syncretism occurred in some regions. However, I believe it was not the case for the hidden Christians in the Urakami area, which is located near the center of Nagasaki. They visited Oura Church, built for foreigners in 1865, which was three years before the beginning of the Meiji Restoration, and confessed their Christian faith to the missionary Bernard Petitjean.

The crackdown on Christianity by the Tokugawa shogunate intensified after missionaries were expelled from Japan when the ban of Christianity was imposed across the country in 1614. In the 1620s, Christians who were hiding in and around Nagasaki were arrested and executed.

In 1637, Christian-based peasants in Shimabara and Amakusa rose up in revolt. The Tokugawa shogunate had a difficult time suppressing the revolt and came to view the Christians as a threat, cracking down on them during the approximately 250 ensuing years.

The eradication of missionaries was a great loss to the Christian faith.

Unlike Protestants, Catholics do not give out the Bible to believers. Basically, the Christian doctrine is taught by priests in their preaching. This means believers had no way to learn legitimate doctrine without priests.

In addition, some Christians were forced to pose as Buddhists to escape the crackdown, and this resulted in the advancement of the syncretism. This trend was prominent especially on Ikitsukishima Island in Hirado.

On the other hand, the situation in Nagasaki was different. The population of the town at the time was about 25,000, all of whom were Christians, and the town was called Little Rome. There were many missionaries and the missionary system was well developed. Many autonomous groups of believers, called “confraria,” were also organized.

Although the Tokugawa shogunate’s crackdown intensified and all missionaries were expelled from Nagasaki as well, the environment in which believers acquired the knowledge and culture of the Christian faith under a solid missionary system probably had a very different effect on Nagasaki as compared with other areas, even during the period of the anti-Christian edicts.

As mentioned above, the hidden Christians from Urakami who confessed their faith in 1865, also submitted several types of religious books to the missionary, Bernard Petitjean.

Three of which are known titled as: “Konchirisan no Riyaku” (The Power of Contrition); “Luzon no Orasho” (Prayers of Luzon); and “Tenji Hajimari no Koto” (The Beginning of Heaven and Earth).

“Konchirisan no Riyaku” is a book written about an important Catholic doctrine, the sacrament of confession in which believers receive forgiveness for their sins through contrition. Under normal conditions, a priest gives the sacrament of penance. However, the book explains how to conduct the sacrament when a priest is unavailable.

It is known that “Konchirisan no Riyaku” was published in Nagasaki by a Portuguese missionary in 1603 prior to the ban of Christianity. The leader of the hidden Christians in Urakami owned the handwritten copy of this book, passed it down to believers from mouth to ear, and let them recite it.

A survey conducted during the Taisho period shows that those aged 70 to 80 who were born in the Edo period were able to recite the book perfectly.

“Tenji Hajimari no Koto” is Bible stories transcribed based on the memories (oral instruction) of believers in 1822 or in the ensuing year.

As it was handed down from mouth to ear, there are mistakes in the details. Yet, the book depicts many biblical stories, from the creation of heaven and earth by “Tentei” (God), to the life of Jesus including that “Onmi” (Jesus) was born of “Maruya” (Mary), his ascension by “Hatamono” (crucifixion), the end of the world, and the Last Judgement.

The hidden Christians in Urakami continued sharing the fundamental framework of Christianity by reciting such religious doctrine books for 250 years under the ban.

Reciting those books does not mean hidden Christians really understood the Christian doctrine. However, the missionary Petitjean wrote in his letter that the religious life of Urakami Christians was perfected with self-baptism, prayers and penance. From this we can see that those Christians were equipped with the sacraments of the Catholic church and prayers.

At the same time, they did not know that baptism and penance were to be given by a priest in normal circumstances because they had to observe their faith in secret without a priest for a prolonged period, and follow the teaching and practice described in religious doctrine books such as “Konchirisan no Riyaku” in order to supplement this. In light of this fact, the transmission of the faith is thought to have continued through recitation of the book.

Those hidden Christians from Urakami confessed to the missionary Petitjean that “the hearts of all of us here are the same as yours.” This fact implies that they did not see Petitjean as just a foreigner, but knew he was a missionary of the Catholic church where Christ was acknowledged as Head, and were aware that they were part of this Christian community.

In other words, the hidden Christians in Urakami continued to observe their faith in a manner that was not much different from the manner in which they practiced it before the ban of Christianity, and maintained a minimum knowledge and culture of the Christian faith in secret for 250 years. This is a unique aspect of the hidden Christians of the Urakami area. 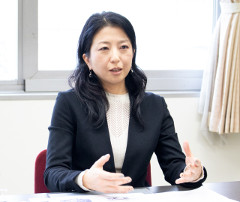 I would like to emphasize again that hidden Christians during the Edo period faced a great risk of being executed if they were found. Nonetheless, they entrusted their lives to the faith and struggled to survive.

Although I do not think people in those days had a clear sense that an individual was free to choose religion, we cannot deny that there existed people who refused the government’s brute-force policy on religion. The history of these hidden Christians has great significance for people who live today.

There is a record that the nascent Meiji government consulted the Japanese lords across the country as to whether or not to lift the ban on Christianity.

The majority responded that the easy lifting of the ban on Christianity, which had long been believed as heresy, could cause fear and backlash among the people in their domains, making it difficult to govern them.

In other words, the lifting of the ban on Christianity was a big problem which could overturn societal values. Can we laugh about this as an absurdity that occurred 150 years ago?

Most people in Japan do not have any religion today. Some call themselves Buddhist but for many, Buddhism is just a ritual formality, and is often ridiculed as “funeral Buddhism.”

I think many people do not want to give much thought to or depend on, not just Christianity and Buddhism, but any religion.

Why has religious consciousness not developed in Japan? I believe the impact of the ban on Christianity during the Edo period is a reason.

The anti-Christian policies of the Tokugawa shogunate deceived people into thinking Christianity was heresy, and exploited Buddhism, not as their religion, but for the purpose of apprehending Christians, and as part of the family registration system. We are still mired in this religious view rubbed into people’s heads at that time. We probably have not changed very much from 150 years ago.

This may not be exclusive to religious issues. We Japanese may have become a people who unconsciously follow what is given from authorities above us and make our choices only from within a given framework.

I wonder how the Japanese people of today would appear to the hidden Christians of the Edo period.