“What is a High Reliability Organization? – Characteristics of an organization which does not permit failures”

The subject of my research is the people and the organizations or industries that provide us with services which have become the lifelines we consistently use, such as energy, water and sewer utilities, telecommunications, and transportation.

Crisis surrounding services “we use routinely”

The subject of my research is the people and the organizations or industries that provide us with services which have become the lifelines we consistently use, such as energy, water and sewer utilities, telecommunications, and transportation.
For example, in light of the nuclear power plant crisis, crisis management of these lifelines is currently being brought under question, and concerns are focused on potential accidents such as those that could arise from cyber breaches and aging infrastructure. Viewing safety and security by way of the incident (what is happening) and discourse (how the incident is being discussed), we are trying to clarify how management, individuals and organizational systems contribute to producing highly safe and highly reliable organizations. That is to say, the theme of my research is the “Characteristics of a High Reliability Organization”.

A person’s role affects their interpretation of a situation

The notion of a “High Reliability Organization (HRO)” was first conceived in United States in the 1980s and is now an important concept for organizations and industries who offer products or services which we use every day. It is also an effective means in preventing cyber terror, accidents, and scandals. However, this concept is only slowly spreading in Japan.
In recent years, the term “safety culture ” has been getting some attention, although it’s common for thinking to be that this should be led from the site instead of implemented throughout the organization.
For example, in regards to the recent accident at the Fukushima nuclear plant, it has been indicated that a safety culture had not been built into the organization. This signifies that although a safety culture was in effect at the power plant, it had not reached the management tiers, business offices and organization as a whole. Of course, each person was aware of the importance of safety, but their interpretation(view of things) depended on what position or role they were in, and there may have been some people who were hardly aware of it at all. In short, it’s crucial that we realize that not everyone sees things the same. The starting point to achieving a High Reliability Organization is exactly that. It’s important that the work sites and management tiers come together to foster a mind, or culture, in the organization based on the premise that even people in the same organization may hold a different view of a situation depending on which job they are doing.
In addition, while manuals are very important, it is also crucial to keep in mind why a particular manual was written and for what purpose its rules were decided upon. If you don’t approach work with a greater conscious and understanding of these things, you lose sight of the situation around you, possibly ushering you into an even more dangerous position.
For these reasons, I have proposed a “Frame of High Reliability Organization” consisting of 3 tiers: Organizational action, Organizational management, and Organizational culture.

Five actions of an organization which does not permit mistakes 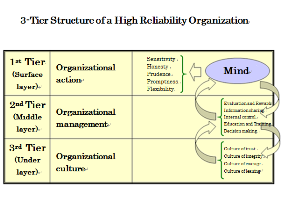 So what characteristics should be fostered in a High Reliability Organization? The first is a “sensitivity” to be able to detect from the slightest change in the everyday management of the organization when something is not right. The second is the “honesty” to properly communicate what was noticed so that the organization is able to take action against it. If it’s a small issue, it’s usually slow to be dealt with, and people are less likely to tell others about a mistake they’ve made themselves. However, it is important that members are able to inform their superiors of every little inconsistency, no matter how minor. And the third is the “prudence” to make double sure when checking reports received. It is essential the subordinate’s report is investigated and not resigned to something the organization could have acted upon, in order to prevent an accident or scandal from occurring. These three should be a part of regular business. However, accidents do happen. When an accident does happen or it looks imminent, “promptness” is needed to allow all available effort to be devoted to settle a situation combined with the “flexibility” to allow those persons with knowledge or ability to act according to the situation even if they don’t have regular authority. 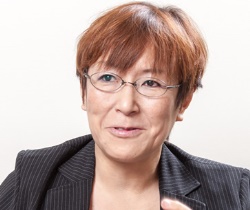 In order to realize the five organizational actions, we need to breakdown management into five individual systems of “Decision making”, “Information sharing”, “Education and Training”, “Internal control” and “Evaluation and Rewards”. It’s particularly important to build an “Evaluation and Rewards” system to guide the organization down the right path. Evaluation and Rewards is not simply about giving money. It’s important that the reward draw attention to the action recognized, for example, praise from a boss, or a commendation from the president. Positive actions are praised through feedback such as evaluation or giving rewards, while bad actions are penalized and become less prevalent. This is also recognized as a fundamental principle of learning theory.

As people, we are prone to learning bad ways of working as well as good ones. So, of course, if a boss’s example indicates that it is better to hide something or that there’s no problem in concealing something, a subordinate will obviously mimic that approach. When praising an individual for an honest report or prudent checking, and conversely, when teaching that is wrong to cover up a scandal, it’s vital that the superior also show the method that should be employed. 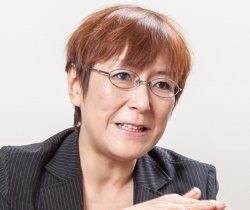 A High Reliability Organization is supported by that particular organization’s culture. Here, I am proposing four model cultures which should be cultivated, the first being a “Culture of learning”. Organizations learn in parallel with people, and mistakes and other case examples can serve as material for them to learn from. Secondly is a “Culture of trust”. In order for an organization to be thought of as reliable, that organization has to be trusted and the people inside that organization need to trust each other. Furthermore, personal reliability also becomes important when judging your own personal strengths and trying to grasp what aspects you need to work at. The third is a “Culture of integrity”. Even anti-socialist groups have relationships of trust inside their organization. However, integrity is needed to win the trust of society. And last is a “Culture of courage”. Once you’ve realized something is out of place, it still takes courage to draw the organization’s attention to it. At times this may require the individual to blow the whistle on a coworker. If a company practice would signify senselessness when viewed against society common practices, that company must revise their traditional way of thinking towards that of society.

It is useful for an organization aspiring to become a High Reliability Organization to picture an “upside-down pyramid” with the top management supporting the work sites. In approaching a High Reliability Organization, you should respect site workers’ and those behind the scenes’ roles in sustaining safety and security and consider what management and administrators should be doing to achieve a high safety, high security organization.