Let’s Wake Up from the Dream that is Abenomics

It has been 3 years since the birth of the Abe administration on November 2012. In that time, an economic policy called Abenomics has been promoted, and it is said to have helped rebuild stagnating corporate results. However, is that really the case? We, the citizens, have not felt this economic recovery all that much. And we must think of the reasons why.

Corporations with Improving Results but No Domestic Investment 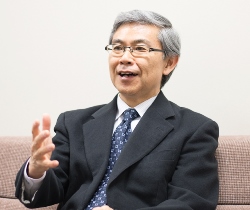 It is true, compared to the beginning of Prime Minister Abe’s term, that the weak Yen has contributed to improving corporate results and shares have risen as well. And although it is debatable whether this was the direct result of Abenomics, it did in fact boost confidence in the people and corporations, bringing a change to the situation which is perhaps praiseworthy.

Yet, despite the improving corporate results, partly due to price inflation, the income of salaried employees has not improved much. Also, business investment remains stagnant. Employment is said to have been expanding, yet, when looking at the real picture, most of the increased jobs are for temporary positions, and the ratio of effective opening-to-application for regular employment is below 1.0. Although corporate results are praised as being the highest on record, why aren’t corporations actively investing in personnel and infrastructure? One of the reasons may be the fact that corporate managers can feel the decline in the growth power of the Japanese economy. The Abe administration is proclaiming that mid-to-long term economic growth will reach 2%, yet the potential growth of the Japanese economy estimated by experts is around 0.5-0.7%. This is partly due to the decrease in working population. Managers feel that Japan, with declining labor and consumption in the future, is not very attractive and are investing overseas rather than domestically. Right now, even with the weak Yen, there is an active buying of foreign corporations. The Abe administration says it will back corporations that make infrastructure investment through tax reductions; however, it will be a hard sell to corporations that don’t want to invest in Japan with its declining younger population.

What supports the future of a nation is its human resources. Finland, where education is the highest policy priority of the government, is famous for its education system. But that is not the case in Japan. In recent years, the parents’ financial situation often influences the child’s education, and the chain of disparity is pointed out. Funds are finite, yet there should be more resources going into education.

In April 2014, the consumption tax was increased to enhance the social security system, but are there people who are truly feeling this enhancement? Chanting Abenomics, a seemingly catchy slogan for economic policy, is nice. But lacking the actual effort to reform social security policy and education policy, as well as employment, which require radical reform, will only end up hindering economic growth in the end. Even “women’s success,” without the truly needed policies, such as reforming the labor market or the tax exemption for dependents—policies that may temporarily cause pain—will only accelerate the decay of Japan, which has a declining working population. 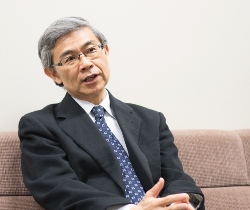 Right now, Prime Minister Abe is in the process of implementing a new growth strategy called “the New Three Arrows.” But there is no indication that there had been a reflection with regard to the old “Three Arrows.” There is no explanation as to what the “Three Arrows” got right, or wrong, though these are the sort of examinations that must accompany a new policy. This stance, rather than actually working on reforms, smells of a politician who is stringing the populace along, with new policy after new policy, in order to win an election. The election might be a tough fight if you speak of a policy that is tough for the people. But a necessary policy always comes with pain. A good medicine is said to be bitter. Just taking sweet medicine will not cure you. There will not be a change without a policy specifically targeting the cause of stagnation of the Japanese economy.

In Sweden, which is known for its social security system, the vale-added tax(VAT) is 25%. This number wasn’t achieved overnight. The tax was increased gradually. Of course, the Swedes probably didn’t like the tax increase. But the government explained the necessity of the tax increase properly and asked for the people’s understanding. The people trust the government, and they agreed to the VAt of 25% and take an interest in the proper use of the tax money. Explaining a policy that puts a burden on the people is a difficult job for a politician; an election might be lost if that policy is not accepted. However, that is perhaps what is expected of Japanese politicians today.

The People Must Exercise Proper Judgment as Voters

The Abe administration is appealing to high economic growth, but on the flipside, that is akin to saying structural reform and fiscal reconstruction are unnecessary as long as there is high economic growth. Is optimism enough for people to place their trust in the government? As mentioned above, the problem of optimism is obvious just by thinking about the reasons why the people’s lives aren’t improving even though corporate results are rising. The outstanding obligation continues to rise but this is just kicking the can down the road. We cannot simply say that future doesn’t concern us. Human beings act based on their expectations for the future; therefore, for a country with high debt, the policy of the current administration to indicate future tax increases tends to discourage consumption and investment. This is the Non-Keynesian Effect. That is to say, while the Abe administration claims to aim for a favorable economic cycle, it may actually be inviting a negative cycle.

Even if a policy is painful, if that is what’s needed for the future, a politician should explain it to the people and make an effort to obtain an understanding. On the other hand, we the people must monitor government spending to make sure our taxes are being spent properly and effectively. For that, individual citizens must approach political and economic problems as their own, and properly judge administrations during elections as voters. The House of Councillors election this summer is just that opportunity. Now is not the time to hope for a catchy slogan or to be swayed by momentary changes in business conditions.