What are the Unexpected “Perks” of the Reduced Tax Rate?

Reduced Tax Rate is Not All Good News 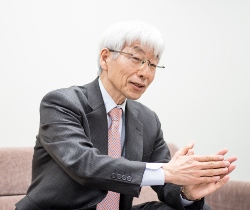 The reduced tax rate poses another big problem. It will bring about a large decrease in tax revenue. As a countermeasure, raising the standard tax rate will be examined. In Europe, there is a country with a standard tax rate of 27%. There is no telling what the consumption tax rate in Japan will be in the future.

The Big Change as a Result of the Reduced Tax Rate

It was in 1989 when a consumption tax was introduced in Japan. It’s been 27 years since, but other than businesses, there may be a very few people who understand the mechanism of consumption tax to its full extent. For example, when purchasing a product, it is thought that the 8% tax on the product paid to the business is directly paid to the tax authority by the business, but that is not the case. The superior mechanism of consumption tax is in being able to deduct the tax amount on purchase from supplier from the tax amount on sales to avoid cascade tax. However, the book method, unlike in foreign countries where the invoice method is used, is the method of calculating this purchase tax credit in Japan. This distorts the image and consumption tax is seen as a tax on the difference between revenue and expenditure.

The introduction of the invoice method is expected to resolve visible unfairness. Japan’s purchase tax credit, however, still has problems. Businesses are able to apply the purchase tax credit to anything they want, such as dining at an expensive restaurant, purchasing a luxury car, etc., as long as they are recorded as expenses. This is unfair to general consumers, who are always paying consumption tax.

The real burden of a consumption tax falls on the consumers, and the role of businesses is to shoulder the work of tax payment as agents of the tax authority. The mechanism by which businesses receive excessive preferential treatment should be reconsidered, and the issues regarding the execution of the application of the reduced tax rates should be solved through the cooperation of businesses and the taxing authority.