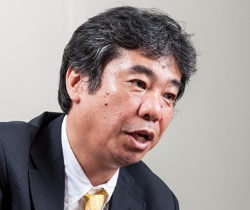 Population economics, one of my fields of specialization, is a discipline that quantitatively analyzes the correlation between population and the economy. The most pressing issues faced by population economics today are low birthrates and the aging of society and population decreases. As population decreases and society ages, the labor force decreases and furthermore the savings rate, which is the source of capital stock, decreases as a result. The aging of the population also could lower productivity, softening the potential economic growth rate. It also has a negative impact on society as a whole, for example by making it harder to sustain social security systems in areas such as pensions, healthcare, and long-term care. Low birthrates, the aging of society and decreasing population can cause degeneration of economic power and, by extension, a decline in national power.
It has been pointed out for a while that Japan was moving toward a society characterized by a decreasing population. Today this has become reality. Since 2010 the population has decreased by about 250,000 persons each year, and according to the latest forecasts of future population the nation’s population will drop to about 87 million in 2060. While the Abe government has proposed “three arrows” of policy that have been called Abenomics, it has to be said that until now Abenomics has been a shortsighted approach focusing on short-term goals such as inflation and rising stock prices. Addressing the issues of low birthrates, the aging of society and decreasing population requires the drafting and enactment of policies from a long-term perspective. In connection with this, recently attention has focused on the fact that the Japanese government has, for the first time, identified a specific target figure calling for maintaining the nation’s population at roughly 100 million in its Basic Policies the Economic and Fiscal Management and Reform for 2014. I think it is commendable that the issue of decreasing population, which casts a dark shadow over the future of Japan, now is being discussed. To maintain the population it is essential to increase the birthrate. Since whether to have children is a personal choice and it is thought that the government should not intervene, many have been cautious about setting population targets. While of course whether or not to have children must be a personal choice, when we think of the significant impact that population decreases have on society I believe that the government does need to set such a goal as a kind of signpost.

Decreasing Birthrates and Japan’s Current Policies to Address Them 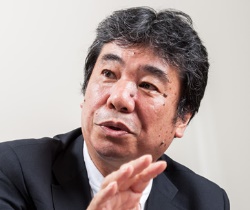 But what is needed to maintain a population of 100 million, or in other words to put a stop to the long-term decrease in population? Doing so requires increasing the total fertility rate (the number of children to which a woman can be expected to give birth in her lifetime). In 2013 the total fertility rate was 1.43. If this can be increased to about 2.1 by 2030 then Japan’s total population in 2090 would be approximately 97 million. With the addition of immigration from overseas, centered on highly skilled workers, the total population would be about 100 million. The figure of 100 million is one target, but the level itself is not especially meaningful. However, it still would be quite a difficult hurdle. Japan’s low birthrates emerged about 40 years ago, and although the government has introduced a wide range of policies to counter this trend since the 1990s they have not had any noticeable results. The strongest evidence for this statement is the fact that the drop in the birthrate has not yet stopped. (More precisely, although the total fertility rate fell to 1.26 in 2005 and shows a slight recovery since then, the goal of maintaining the population level remains a very distant one.)
A look at Japan’s expenditures on policies to address falling birthrates shows that they account for about only 1% of GDP, a level lower than that of European countries. Countries including Sweden and France spend 2.5-3% of GDP on such policies, which can be considered to have resulted in their high total fertility rates of roughly 2.0. One important policy is the development of an environment in which women can have children and raise them while working, and I do not think anybody would disagree with promoting such measures. While promoting such policies would require budgetary expenditures, under current conditions in Japan, which bears a massive debt load of 230% of GDP, there is little room for increasing expenditures. What should be done then?

One policy would be to drastically reform the social security system as a whole. Put simply, this refers to revising social security expenditures on the elderly and creating a system to increase benefits to the child-rearing generations. Of course, this does not refer to cutting social security benefits in areas such as pension and healthcare for all elderly people. Some elderly people have high levels of income and a wealth of assets, while others have limited income and find it difficult to make ends meet. What is needed is a shift to a system that makes it possible to provide benefits with consideration for individuals’ income and assets. While this would involve the issue that in reality it is difficult to ascertain values of assets and other property, the end result would be the freeing of budgetary resources for the child-rearing generations and an increase in expenditures related to measures to counter the drop in birthrates, which likely would contribute to raising those rates.
Another subject we need to think about is the use of consumption tax. It is essential to raise the consumption tax rate in order to maintain the funding for the social security system. An adding more than 3 percent of consumption tax rate would be required just to secure expenditures of about 2.5% on GDP to counter falling birthrates.
The discussion of the next increase in consumption tax to 10% in October of next year is straying off course in response to the recent slowdown in consumption. While an increase from 8% to 10% in the consumption tax rate has postponed in 2017, this was not a situation in which we have such leisure. Not a few people are opposed to increasing consumption tax, and probably it is the general feeling that taxes should be lower. The increase to 10% is a pledge to the international community, and if it were to be postponed again then trust in Japan would be lost, and in the worst case there might even be a drastic drop in the value of Japanese government bonds due to a sell-off. Such a drop would deal a serious blow to Japanese financial institutions, which hold many JGBs, and that could have a severe impact on the Japanese economy and the standard of living of the Japanese people. While increasing the tax rate to 10% could lead to a short-term drop in consumption, this would only be a short-term effect, and policies should be implemented from a longer-term perspective.

One keyword in putting a stop to population decreases is revitalization of the regions. In May of this year, the Japan Policy Council’s subcommittee on depopulation issues, of which I am a member, issued a report predicting that 896 municipalities would disappear nationwide in the future. The disappearance of a municipality does not have a physical meaning but is defined as a halving of the population of women aged 20-39. A decrease in the population of women serves to accelerate a decrease in total population and as a result it would make it difficult to maintain self-sufficient administrative functions. This would mean the effective disappearance of the municipality. When young women leave a community for the Tokyo area or elsewhere, it puts the community at risk of dying out. Already this tendency is becoming apparent. Many young people relocate from their local regions to the Tokyo area for education or work. But it is difficult to describe Tokyo as a suitable environment for getting married, setting up a household, and raising children. This is seen in the fact that Tokyo has the lowest birthrate among Japan’s 47 prefectures (with a 2013 total fertility rate of 1.13). As young people concentrate in Tokyo it is like they are being sucked into a black hole, and it would be no exaggeration to say that society is reaching the extreme state in which total population decreases due to an inability to reproduce the current population. Reforming this situation can be considered one means of putting a stop to the decrease in population. One of the key messages we need to communicate concerns the need to enhance measures to counter low birthrates in Tokyo.
Doing so requires the creation of an environment in which young people can find work, build families, and raise children in their local regions instead of aiming for Tokyo. The main factors attracting population from the local regions to Tokyo are education (universities) and employment. I would like to propose the development of attractive hub cities that would attract young people in local regions. This would involve concentrating resources on cities of a certain size, such as ordinance-designated major cities, as hubs for their regions. I believe that attractive regional hub cities created through efforts such as concentrating investment in universities in such cities and supporting policies to assist in the globalization of businesses in their regions could change the current trend toward concentration of population in Tokyo alone. There is one point to do so. This would create cities where highly educated young women would want to live. Probably most highly-educated women want to work in professions where they can put to use what they have learned. If we can expand employment opportunities for such women in hub cities then the number of women remaining in the regions would increase, and as a natural development the percentage of men remaining in the regions would rise as well. I have great expectations for the start of the community, human resources, and employment creation division created by the Minister in charge of Overcoming Population Decline and Vitalizing Local Economy in Japan in the reshuffled Abe cabinet that took office in September of last year.

Each of the topics discussed above is a very large and serious problem that will not be easy to solve. However, one thing is clear. It is the fact that putting a stop to low birthrates and population decreases and leaving a sustainable society to future generations will involve unavoidable burdens on and pain to the public. Most economic and social issues are ones that already are irreversible by the time that one directly senses their danger. While today the feelings of danger and pressure in Japanese society are weak, that itself is a cause for concern. It is certain that Japanese society is heading for a crisis. Avoiding that crisis requires judgment based on a long-term perspective, not a short-term one. The long term refers not just to the time axis of the coming 20-30 years but also to the very long-term period of the lifespan of future generations. It is impossible to turn back the clock, and we cannot undo past failures. But I think that by sharing the pain among all of us as members of the public, we can overcome the grave situation of a decreasing population. This understanding is what is needed today.

Our new life shifting to a decarbonized society