The importance of “glocalization” in corporate international business has been emphasized for some time. But the concept is rather elusive. A lack of fundamental understanding of it causes the failure of many Japanese businesses in their glocalization attempts. Let us take a moment to think about the essence of glocalization. 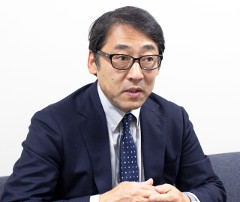 The term “glocalization” is a portmanteau of globalization and localization.

Glocalization is more concerned with the question of how to reconcile two conflicting needs of, say, a business based in Country A in establishing its manufacturing base in Country B or making inroads into Country B’s market. The first need is to adapt to local conditions while the second need is to transplant Country A’s practices to Country B.

This question defies a simple answer. The answer differs depending on the industry and job category as well as the target group in Country B.

A useful clue may be found by, for example, reviewing the history of Japanese companies’ subsidiaries in the US. It shows a general tendency that Japanese-style practices such as quality control and the effective use of workplace teamwork have easily taken root among blue-collar workers on the factory floor. To these workers, stable employment offered by Japanese firms has been attractive.

This does not hold true for white-collar workers in the office. Japanese practices have often clashed with American practices over how to get the job done, how to spend time, and how to make decisions.

The history of Japanese subsidiaries in emerging economies in Asia paints a different picture. Managers on loan from their parent companies based in Japan have been viewed by local workers as being far above them in the corporate hierarchy. Thus local workers have tended to mechanically do what they are told. That has been the typical workplace relationship in these subsidiaries.

This seeming imposition of Japanese practices on local subsidiaries can be interpreted as the full adoption of the local style; the quasi-master/servant relationship at the workplace is a traditional style, notably in Southeast Asia.

More recently, some Japanese subsidiaries overseas have introduced two of the approaches that their parent companies generally practice in Japan in relation to their employees.

One approach is to offer better fringe benefits. The other is to give assignments–in addition to directions–to local employees and encourage them to tackle them on their own.

The second approach, notably known as total quality control (TQC) in Japan, looks novel to many people in Southeast Asia.

This approach has raised employee morale. It has lowered the barrier between employees and management and has nurtured the former’s sense of affinity to the latter. The approach has also enhanced employees’ sense of participation in and belonging to the companies they work for.

This success has been made possible in part by adopting the Japanese style. Yet another factor is involved.

People in Southeast Asia have a traditional culture of giving particular priority to their families. Better fringe benefits have meant improved support for employees’ families from their employers, enhancing their corporate loyalty.

A sense of belonging among the employees has given rise to the awareness that they and management are part of a quasi-family.

The attempt to find common ground between the style of one country and that of another and align them constitutes the essence of–and the source of joy in–glocalization.

Since World War II, Americans have increasingly regarded the American way of doing things as being the global standard.

They think that other countries and regions should conform to global standards as represented by US products and systems. From their perspective, such conformity is beneficial for all; it is what globalization is all about.

Indeed, many US corporations have gone multinational, some of which successfully dominated the global market. Without due respect for local customs and practices, however, few companies would succeed. Such companies, if any, could not be successful in the long term.

Japan offers a good example. The country, which experienced rapid postwar economic growth, seemed like an attractive market for Western businesses. In fact, many of them attempted to make inroads into the Japanese market.

These businesses did so in the belief that Japan was a democracy and a capitalist economy like their countries. They came to learn, however, that Japan has institutions and systems of its own, including laws and regulations and the implementation thereof, as well as distinctive wholesalers in distribution networks.

These Western businesses had quite a hard time dealing with these institutions, which stem in large part from Japan’s traditional culture, which in many ways defied Western logic.

Foreign firms that are successful in Japan all offer products and services that cater to the needs of the Japanese market by carefully aligning their styles and strengths with Japan’s local characteristics after meticulously analyzing them.

The same thing holds true for Japanese businesses that venture into the global market.

A case in point is a Japanese soy sauce maker that is hugely successful in the US.

This maker did not stick to the Japanese practice of limiting the use of soy sauce to Japanese cuisine. It developed recipes that suited American cuisine, including soy sauce designed to enhance the taste of barbecue. The maker continued to promote these recipes via the Internet and other channels.

In short, the Japanese manufacturer continued its down-to-earth effort to find opportunities to put the good flavor of soy sauce to good use for local food culture and offer them as recipes or menus. And the effort paid off.

The manufacturer’s success may give rise to new food culture that uses soy sauce effectively.

A Japanese motorcycle maker that made inroads into Southeast Asia found itself in fierce competition with Chinese rivals that dominated the local market with cheap products.

Japanese people know that cheapest is dearest. In other words, paying a due amount of money for the value of good quality is conventional wisdom for the Japanese. But such “conventional wisdom” is irrelevant to people in Southeast Asia. For them, a product being cheap is a good thing.

Given the situation, the Japanese automobile maker began by raising awareness of what it means to be of good quality or service via various media and the Internet.

This awareness was shared first by students and intellectuals and gradually spread among the wider population. Now the Japanese manufacturer has come to enjoy a sizable market share without lowering the quality of its products.

What would have happened if this manufacturer had adopted a strategy of marketing cheap products of low quality?

In other words, if the manufacturer had localized their products just to meet the needs of local users, it must have been successful temporarily but it could have been involved in cut-throat price competition and eventually driven out of the market.

This is because in an “away” market, local conventional players enjoy an advantage over new players as long as the latter play by the rules of that market. In fact, many Japanese firms are facing an uphill battle, embroiled in a fierce price competition in Southeast Asia.

If a business wants to make inroads into a foreign country, the key is to remain mindful of its strengths and identify opportunities to align these strengths with the local market, that is, to glocalize itself.

Glocalization is relevant to our daily lives 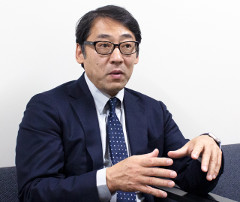 Let me be clear here to avoid any misunderstanding. It is true that the growing importance of global standardization and harmonization is typically evident in corporate international business today. This does not at all mean, however, that localization is diminishing in importance.

Yet, what is called modern trade at the global level cannot dominate the national market.

Traditional trade exists in any country (including Japan) and region. The traditional market there is so rooted in its culture that it will not be wiped out so easily.

What matters is to understand the diversity of the community in the context of its traditional culture and to create new ideas out of such understanding.

This approach of glocalization is relevant not only to corporate international business; it is of some relevance to our daily lives.

Even within Japan, for example, cultural differences exist between the Kanto and Kansai regions and between urban and rural areas. Given these regional differences, it is quite difficult to get things done only with the “conventional wisdom” of the people of one regional culture.

The glocalization approach–which involves respecting diversity and identifying balanced solutions in the process–is of much practical use.

* The information contained herein is current as of December 2019.
* The contents of articles on Meiji.net are based on the personal ideas and opinions of the author and do not indicate the official opinion of Meiji University.
* I work to achieve SDGs related to the educational and research themes that I am currently engaged in.