A Local Government Bankruptcy Is Not the Problem of Other People 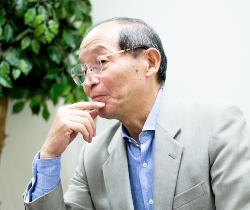 Many people perhaps remember the news in 2007 on the Yubari City in Hokkaido which went bankrupt and became a “municipal government under financial rehabilitation.” Although people had been pointing out local government financial deterioration, Yubari was the first case where a local government bankruptcy became a reality. As a result, the Yubari City is currently having to take harsh financial measures for the full repayment of debts, including reducing the number of municipal officials, reducing civil servants’ salaries and increasing municipal tax, water rates, etc., as well as merging municipal elementary schools and junior high schools.

Yubari’s case is not somebody else’s problem. The adequate ratio of current expenses to current income should be around 80% at the highest, but the ratio in the Yubari City was 119.9% just before it went bankrupt. Currently, the ratios of many local governments are similar to this.

Bookkeeping is the basis for an accounting system. When talking about bookkeeping, many people perhaps think of a book for recording cash income and expenditures. Since the Meiji Period until recently, the accounting systems of the national government and local governments were based on the cash-basis and single-entry bookkeeping system. This was based on the idea that local government administration equaled the recording of cash expenditures from the budget given to each department, based on the budgetary allocations decided on by the assembly. The underlying idea was that democracy meant the assembly discussing how annual revenue should be allocated to different projects in different departments and making sure the budgets were utilized.

However, the accounting based on the cash-basis and single-entry bookkeeping system does not tell us the amount of assets and liabilities that have been created as a result of the use of the budget, although it records how the budget was used. This means that, when the financial situation deteriorates, we cannot see the reasons for the deterioration or the extent of the deterioration.

In corporate accounting, normally financial statements are prepared and operating results, etc. are measured in order to understand the company’s assets and liabilities. Based on these accounting records, an appropriate management plan is created and the company is operated accordingly. In order to create accurate financial statements, companies use the accrual-basis and double-entry bookkeeping system. In short, sound business operations are supported by an appropriate accounting system, in particular accurate financial statements, which can be created by using the accrual-basis and double-entry bookkeeping system. 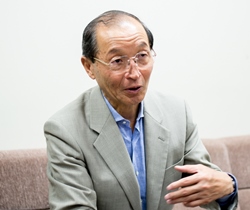 Think about a case where a municipal government launched the operation of a new kindergarten, and they use the cash-basis and single-entry bookkeeping system to calculate the kindergarten building construction costs, the labor costs for teachers and other staff, the daily expenses needed for the operation of the kindergarten and other costs. If they use the calculation results to calculate the annual cost per pupil and set the monthly childcare fee based on the annual cost per pupil, a deficit will accumulate over time. This is because the calculation does not include teachers’ retirement benefits or reconstruction costs for kindergarten buildings after they become old. If the municipal government uses the accrual-basis and double-entry bookkeeping system, retirement benefits can be included as liabilities in advance and depreciation costs for buildings can also be included in the calculation. This enables the calculation of the annual cost per pupil accurately and therefore the setting of the appropriate childcare fee.

The accurate ascertainment of costs also means clarifying the sources of costs, and therefore it leads to the appropriate decision on cutting waste and increasing efficiency. In fact, I hear that officials have started to think about costs more in their everyday on-site work, in local governments which switched from the cash-basis and single-entry bookkeeping system to the accrual-basis and double-entry bookkeeping system. The introduction of the accrual-basis and double-entry bookkeeping system also increases financial transparency through the disclosure of more accurate financial information to citizens. It has also led to administrative reforms through, for example, discussions based on objective accounting data in the assembly.

The Ministry of Internal Affairs and Communications (MIC) places importance on accounting system reforms as part of administrative reforms. It presented MIC’s model accounting system in 2001. Initially, MIC’s model system included the creation of a balance sheet and a profit and loss statement based on the traditional cash-basis and single-entry bookkeeping system. The model system was then improved to include a cash flow statement, a net worth matrix, etc. However, the system still had accuracy problems and MIC is currently promoting a new local public accounting model which includes nationally standardized financial statements based on the accrual-basis and double-entry bookkeeping system, with a target completion year of 2018.

Currently, similar accounting system reforms are ongoing in Europe, and they are aiming to standardize the accounting systems of EU countries and local governments. In Yubari City, even the mayor and the assembly lost track of the municipal financial situation due to diverse tourism resource development and accurate information was not disclosed to the citizens. What we learned from Yubari City as well as from the financial problems faced by Greece in recent years is that financial transparency is the basis for democracy, even more than appropriate budgetary allocations are. In order to achieve financial transparency, it is important to analyze the financial situation objectively and scientifically, and ascertain the current situation accurately, as well as disclosing accurate information. For this reason, accounting system reforms which lead to the production of accurate accounting data are a global trend.