Looking for the Best Acoustics for Performers My research theme is methods for evaluating and designing indoor acoustic environments. Various activities take place indoors depending on the purpose of the space. I look into the kinds of acoustics the room should have and kinds of architectural designs needed to create appropriate acoustic environments for individual activities, so that attractive and comfortable living environments can be provided for society. From the time that I was a student, I have been studying the acoustics of concert halls. Normally, concert hall acoustic are studied by looking at how the sound is heard by the audience, but I have been studying concert hall acoustic from the performers’ standpoint. Performers communicate what they want to express to an audience via sound. I have been conducting basic research into the ideal concert hall for performers, by evaluating and verifying suitable architectural designs and building materials, in order for optimum acoustic environments to be created. However, there is no one absolute answer to what is the ideal concert hall, because each architect has their own idea about their building and each performer has their individuality. Keeping this in mind, I have been exploring the types of architecture

Looking for the Best Acoustics for Performers

Problems Caused by the Introduction of “Open-plan Classrooms” 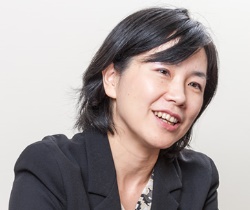 Currently, about 10% of Japanese elementary schools use “open-plan classroom” designs. An open-plan classroom is a type of school building where the walls between corridors and classrooms are removed and open spaces are created next to classrooms. The design was introduced from the West. It aims to create a learning environment which enables personalized and individualized teaching. It is designed to create spaces where higher quality learning activities can be conducted flexibly rather than keeping students in confined classrooms. The open plan enabled teachers from different classes and subjects to cooperate with each other in supporting children’s voluntary learning. “Open-plan schools” have various benefits when it comes to the practical significance of class activities, but on the other hand, there is an increased sound problem caused by the removal of walls. This is the issue that I am focusing on. In an open-plan school, sound travels well and even disturbs students attending lessons. I am looking for architectural solutions to this problem, mainly for open-plan classrooms to be built in the future. More specifically, I am examining designs and materials that reduce the sound propagation, by combining various elements including the use of acoustic materials, the installation of sidewalls that block sounds made in each classroom, and the creation of larger spaces between classrooms. In my opinion, a continuous study on the impact that learning in open-plan schools has on children’s mental and physical development needs to be conducted in parallel. I would like to continue to work on the theme of developing optimum acoustic environments for children.

Another theme that I am tackling is the issue of acoustic environments in nurseries. Due to the increasing number of children on waiting lists for admission to nurseries, the number of nursery facilities is increasing and their diversity is also increasing, especially in urban area. There is a municipality that established new nurseries, and announced its achievement of eliminating the waiting list. This is great news, but creating nurseries quickly without carefully considering their environments presents some problems that should not be overlooked. Generally, preschool children from 0 to 5 years old are looked after in nurseries. Recently an increasing number of nurseries have started to put all children in one room instead of children of different ages being looked after in separate rooms. This type of nursery is often seen in “tenant” nurseries established in rooms in railway station buildings, etc. A nursery that I visited as part of my studies had more than 100 children in one room with no partition walls. The acoustic environment in such nurseries is, in short, terribly noisy. You would not hear a sound of a vacuum cleaner running near you, for example. It is obvious that such conditions should not be left unchanged. It could cause sleep disorders and affect memorization abilities as well as compromising the immune systems of children. It is also a difficult environment for the nurses to work in. Not a few nurses suffer from a sore throat because they have to shout when communicating with people, as well as suffering from slight deafness. When talking about the improvements to the nursery environment, hygiene has been the center of attention, and the acoustic environment has been neglected. Research into acoustic environments in open-plan schools has progressed over the past few years, but research into acoustic environments in nurseries has just begun. I would like to continue to explore what can be done to achieve a comfortable acoustic environment for children and nurses using an architectural approach, and find solutions to the problem by conducting surveys and verification.

The Roles of Sound in the Development of Human Beings

I have introduced my research content in the above sections. In this section, I would like to talk about the relationship between sound and human beings, i.e. the associations between sound and human behavior and the senses. For example, let me quickly discuss why Neanderthals became extinct, while our ancestors survived. There are various theories based on archaeological studies, but I support the theory that they became extinct because they could not communicate sufficiently and could not work well collectively. Our ancestors, who survived, utilized sound as a communication tool. They were able to work well collectively by unifying a group using sound. Therefore, humans flourished thanks to communication and the sharing of sound among groups. An example of such use of sound can be seen in European churches, which are extraordinary spaces for communicating with God and people of the community. There, church music and other solemn sounds were used to produce an extraordinary atmosphere for the community gathered in the church. Opera houses and concert halls also developed as venues for people to gather and share music. Those who have such a cultural background understand the effects of sound in producing an extraordinary atmosphere, as well as the negative effects that sound can have in some situations. On the other hand, Japanese traditional architecture has post-and-beam structures, and it does not take into account the acoustic effects. European architecture has been integrated into Japanese architecture, but the theory of acoustic effects is not widely understood in Japan. This is a fundamental problem for acoustic environments in Japan.

The Body, the Auditory Sense, Sound and the Human Society 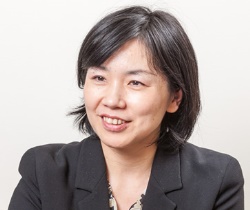 Let me move on to a discussion about modern Japan. The explosive increase in the use of the Internet and smartphones ushered in an era which is dominated by digitized information. People from various quarters point out the social problems caused by communications using digitized information. For example, people can become shut-ins because they can communicate using digitized information while staying at home. Such lifestyles could induce crimes. I do not think that a society dominated by digitized information is an attractive and comfortable society. We need to go back to “physical” lifestyles, i.e. become more aware of our bodies and use our physical senses. One of the physical senses is the auditory sense by which sound is perceived. Many people listen to music with earphones, but the music you hear through earphones sounds completely different from the original sound. I think that true music happens when performers play to an audience that is physically present. The same thing can be said about communications between people. Person to person communication through live sound enables deep communication. When you get away from digitized information and listen carefully, you start to hear real sounds around you. I believe that, person to person sound communications without the aid of digital media are indispensable for survival of the human society.