Thus far organizations have been discussed in terms of metaphors such as “organisms” or “machine,” but I think that organizations are “stage”. Organizations serve as stages in which people play a variety of different roles and give performances geared towards a script (objectives). Yet these are not stages where individuals just play roles for their own sake, for they are also required to ad-lib in order for the organization to change and grow. A stage is something that is open towards the audience and designed for gathering an audience, but organizations that do not want to attract attention have a tendency to put on uninteresting performances for their audience in order to keep them away. By way of example, these include organizations that give lucrative jobs to high-ranking government officials, or organizations that have been singled out for wastefully squandering tax money. Furthermore, while the myth that nuclear power is safe has crumbled as a result of the Great East Japan Earthquake, the appeals to the safety of nuclear power that the PR wings of the electricity companies had made up until then played out upon a stage, but the hidden backstage that was revealed by the earthquake was a production that is usually not put on display. Organizations are not rational, objective entities that are endowed with order and regularity.
Now then, what sorts of changes are currently taking place and what sorts of performances are being given by these organizations in their capacity as stages? At first glance organizations such as corporations, hospitals, or schools appear to be different subjects, but when you adopt an “organizational” perspective similarities emerge. Herein become apparent problems that are commonly shared among society and individuals, as do their warped structures.

The antagonistic relationships seen with hospitals and schools 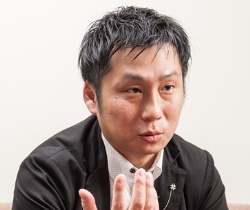 Hospitals are one type of organization. Hospitals are places that cure illnesses, and up until now the thinking was that illnesses should be left up to physicians since they are the experts. But at present this presupposition is falling apart. As an example, the fact that informed consent is becoming more and more commonplace speaks to this. Physicians must thoroughly explain medical interventions to patients and obtain their full understanding, on the basis of which they obtain their consent over a course of action for medical care. It was once the case that the physician had an informational advantage while the patient was at an informational disadvantage, but now through advances like the popularization of the Internet we are in a state of affairs in which patients can obtain a diverse array of information. As physicians and patients have concentrated their efforts on a process of exchanging information, this has produced a distorted structure in which both parties are in opposition due to the quality and quantity of their information.
We can see the same structure in schools. Education is essentially something that schools and households should work together to provide, with the two parties forming a cooperative body that completely oversees education. But what is frequently seen these days are scenes where households and schools are trying to impose the duty of education on one another. Households are overly dependant on schools, while schools are hoping that households will provide education on matters like discipline. Both sides, which by rights should be working together, occupy an antagonistic relationship in which their rights clash against one another’s. Likewise at hospitals the trend is towards patients brandishing their personal rights, such that the ultimate expression of this configuration is sure to be “monster patients” and “monster parents.”

Individuals are members of society

But why have such warped structures arisen within the organizations of hospitals and schools? I would like to think about the corporations as a lead-in to considering this question. The relationship in organization and service recipient consists of patients for hospitals, students for schools, and customers for corporations. Customers do not consider things like “safety” and “trust” to be additional services. Not only that, but they view it as only natural that trains arrive at the appointed time, or that food and other products provide the items that are displayed on their labels and packaging, for example, as they seek still greater improvements in services.
By principles of market, those on the corporations strive to further improve their services. Consumers who are overly “familiar” with this sort of service have come to demand the same level of service from organizations that are not accustomed to principles, such as hospitals and schools. The fact that these principles have propagated to nonprofit organizations is believed to be one reason that organizations such as hospitals and schools have been transformed.
It is also believed that the tendency towards being receptive to what individuals say also has an impact on this. It is considered ultimate to be “individualistic,” and since people are individualistic they must express themselves in a way that is different from others. It’s fine if they are self-centered, irrational, or merely self-indulgent, as the important thing is for their speech and conduct to be considered individualistic. It seems that there is an ominous notion of striving to be individualistic through what one says at work behind the antagonistic relationships that have arisen at hospitals and schools. Now more than ever before people must adopt the viewpoint and the self-awareness that they are individuals while at the same time also members of society, and are therefore responsible for a part of it.

Start by Being Skeptical of Common Sense

Since people are furnished with the dual nature of being individuals while at the same also being members of society, they should start by being skeptical of wisdom that is accepted as common sense. Overlooking the task of thinking through why something is accepted as common sense and the process by which this came about in favor of assenting by saying “Because it’s common sense, that’s why” is extremely perilous.
As an example, let’s take a look at the common sense that surrounds the corporations. The process of “self-analysis” is carried out as a matter of course when searching for a job, and is considered to be common sense for one’s job search. But are our own selves (ourselves) not inherently subjects that we cannot understand on our own? We are required to have the ability to logically explain this self that we do not understand, and if we are unable to do so it is looked upon as a lack of effort on our part. Or there is the common sense notion that it is outstanding to have one’s own unique objectives and goals, with praise heaped on those people who can accurately present and explain these. But are these really things that can be clearly defined to such a degree? The common sense notion that hard work pays off is also dubious, as people who have worked hard without it paying off for them are almost certainly in the majority. Yet even so, people let the “common sense” notion that if it did not pay off for them it must have been for lack of effort go by unchallenged. One realistic aspect of the organizations of corporations is that some students are not able to follow through and get a job and end up killing themselves, while there are people who lose their life from working to death or through suicide even after finding employment. Corporations are not intended to be homicidal organizations (weapons), but in reality they can be grievously cruel and inhumane. If we were to swallow the common sense touted by such organizations as the truth, then this would certainly continue to gradually warp the relationship between individuals and organizations / society.

Society should be shaped by all of the concerned parties 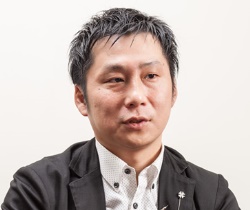 One impression I get from looking at today’s young generation is that there is a strong tendency among them to seek the recognition of others in that they either want the approval or need the approval of other people. The existence of SNS serves as an effective tool for this. As part of their communication they are unconsciously affirming the propriety of their own existence, while most likely also undertaking the work of receiving recognition. It is hard to say that such a society is healthy. I feel that we should inhabit a society where people do not need to receive recognition for the propriety of their own existence.
In contemporary society it is difficult to carry out a social life without being involved in or affiliated with organizations. I feel that pursuing the transitions and alterations of organizations allows us to get a grasp of what society is, as it is a hard thing to define. Society is something that at the very least transcends individuals. If everyone involved were to recognize the criteria for organizational and societal value judgments as distinct from the standards for individual value judgments, then organizations and society would surely collapse.
The true meaning of this resides in the previously mentioned notion that people are individuals who at the same time serve as members of society and are responsible for part of it. Instead of having people shape only those parts of society with which they have authority and knowledge, society must be shaped by all of the concerned parties (individuals).