Q: In the face of various issues, the time at which students are able to begin activities to seek work (i.e., the time when employers begin to publicize vacancies) will be extended to March for 2016 graduates. How do you see the current state of job-seeking activities?

Q: In the face of various issues, the time at which students are able to begin activities to seek work (i.e., the time when employers begin to publicize vacancies) will be extended to March for 2016 graduates. How do you see the current state of job-seeking activities?

I teach a seminar on the theme of the information society, and almost once a month seminar students go to areas affected by the Great East Japan Earthquake in Tohoku to provide learning assistance, while each summer I take more than 60 students with me to assist with a summer festival. The seminar was not popular because in the past students did not have a clear image of what the term “society” meant, so I decided to take them to the areas. They assist the affected areas not just through seminar aid activities but also together with their friends via social media, as they come to live in an information society without even being aware of it while connecting to the people living there.

Although the students assisting affected areas are not conscious of the connection to job seeking while doing so, from my perspective it looks like they are taking part in management exercises. As they try various activities, sometimes things do not go well and various types of frictions arise within a team, occasionally even developing into emotional issues. In this sense it is excellent management exercise. Even so, it appears that when they start looking for work they are unable to use this to their advantage with prospective employers. I suggest to my students that instead of ordinary job-hunting activities they should visit the CSR section (instead of the HR or general affairs section) of the company where they want to work, describe their own activities, and ask for cooperation. They would be able to tell from the company’s reaction whether or not it truly is a good company. I ask them to think about choosing the company where they want to work instead of letting employers choose them. But still, not a single student has taken this approach.

Are You Sure You’re not Bound by Your Image of the Society You Belong To? 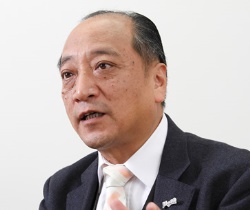 Q: What kind of awareness do students have as they aim to find work?

Every year I ask students two questions. The first is, “Did you make an effort to enter a university of higher rank (even if it is a slightly higher deviation value)?” The second is, “Are you thinking of taking advantage of the university you graduated from to become a white-collar worker with a well-known company or a public official?” About 80-90% of students answer “Yes” to the first question. About 60-70% answer “Yes” to the second. This reflects the way of thinking from when the imperial universities were established soon after the Meijin Restoration, when the path first became available of rising from the level of a member of the general public to a leadership role just by graduating from an imperial university. This way of thinking still remains unchanged today. Students imagine their university, their world, and the society in which they themselves live with the same consciousness that prevailed right after the Meiji Restoration.
But why is it so easy for people to accept the unified value system of deviation value when choosing a university? It also seems strange that at a time when more than 50% of the public goes to universities the way of thinking of the ultra-elite of long ago would still apply as people sought to join well-known employers. Furthermore, if the deviation value is accepted as a measure of performance, then under contemporary test-taking techniques one should be able to increase the deviation value just by solving the simple problems on an exam first. However, that leaves the toughest problems unsolved. People pass their exams without taking on the challenge of these unsolved problems. This is despite the fact that the issues faced in business and society today are complex ones that demand to be solved. This shows just how meaningless is an education based on deviation value.
While the world undergoes changes and people profess to value diversity, the only way available to value a university is by its deviation value. As an extension of this, people attempt to look at employers based on the unified value systems of name recognition and salary.
The only way one can approach employment with an employer that is viewed based on such a unified value system is by trying to change oneself to match the company. I think that it would be preferable to think more oneself about what kind of job would make one happy. Some students have a succession of bad interviews and find themselves unable to secure tentative job offers. I think this is a great opportunity for them. They need to trod their own path, and finding that path will make them stronger. Personally, I believe that by trying to follow the crowd and join a well-known company one is missing out on an excellent opportunity.

The Need to Recognize Changing Circumstances and Transform Oneself

Q: What is needed from students and employers in job-seeking activities today?

I think it is essential that both students and employers take on challenges, or make efforts, to see if they can change their own abilities and personalities. Employers focus on points on which it is easy to compare candidates, such as students’ presentation skills, and base their evaluation and hiring decisions on these. What often occurs is that employers will hire people who already have the skills they seek, or students will think that they don’t have any potential because they lack such skills. If we consider skills or abilities to be fixed and unchanging then it would be important to look accurately at one’s current skills and abilities, but in fact these are fluid. We need to think about how they can change greatly depending on the circumstances in which one finds oneself or the fortitude that one has for taking on challenges.
One becomes aware of lacking an ability when that ability is in need. But it is not normal for somebody already to have the ability needed when it’s needed. The starting point is when we become conscious of the lack of an ability, and the only way to develop such an ability is to take on the challenges of the situations in which we find ourselves. In this way of thinking, I believe that the idea of students searching for employers that suit them and trying to match themselves to the employers is fundamentally mistaken. Instead, they should think about dealing with their employer by building a future for it while also developing their own abilities after they join the company. 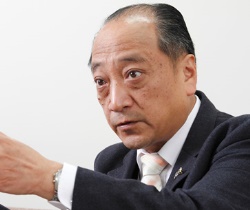 Q: In conclusion, do you have any message for students and employers preparing for job-seeking activities?

I would encourage students to adopt the commonsense approach of making their own decisions themselves. Once they joint a company their situation will change dramatically from their student life through now, and even after joining the company their circumstances are likely to change constantly. Each time the situation changes, new abilities will be needed, and it will be essential to take on new challenges. To make progress in such a highly fluid situation, students need to see themselves as leaders at all times.
At the same time, while most employers are conscious of human-resources development, the other side of the coin is that this means that the people they hire are not yet fully developed. It appears that in many cases when a company’s innovations do not go well it is because it has assumed that one hypothesis is correct and addressed it through ordering people to move forward on the issue, telling them never to turn back, and then blaming their lack of ability if they fail to achieve results. To avoid falling into these errors, employers need individuals and eccentrics who will look to the left when everybody else is looking to the right and will ask the question, “Why?”
I believe that a company that cannot grow its people will have no future. Amid changing circumstances, both employers and students need to continue taking on the challenges of reform.