Population Decline and Immigration Policy: Toward an Intercultural Japan

After graduating from a university in Tokyo, I moved to New York and went to graduate school in the 1980s. New York is a multiethnic city with some of the most diverse cultures in the United States. I met various people from around the world and was attracted to the multiethnic society. At that time, foreign workers were rapidly increasing in Japan, which was enjoying its heyday as an economic superpower. I thought Tokyo would someday become similar to New York, where diverse people would gather from all over the world, and decided to study immigration and intercultural societies.

Embracing Diversity is Vital in Our Time

After graduating from a university in Tokyo, I moved to New York and went to graduate school in the 1980s. New York is a multiethnic city with some of the most diverse cultures in the United States. I met various people from around the world and was attracted to the multiethnic society. At that time, foreign workers were rapidly increasing in Japan, which was enjoying its heyday as an economic superpower. I thought Tokyo would someday become similar to New York, where diverse people would gather from all over the world, and decided to study immigration and intercultural societies.

An intercultural society is defined as a society where diversity is embraced, and where diverse people, including women, the elderly, and migrants, live together. In Japan, there is currently an increasing atmosphere unwelcoming of diversity, in part created by strained relations with its neighboring countries. However, Japan is at a stage where it is vital that we embrace diversity. Japan has already entered a period of long-term depopulation and is about to face a super-aging society amid ongoing globalization. Under these circumstances, it is obvious that the Japanese economy and society will decline if no action is taken.

Maintaining a Population of 100 Million Over the Next 50 Years 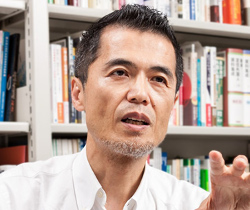 According to the latest projections by the government, the current Japanese population of about 128 million will decrease by 30% (approximately 40 million) to 87 million over the next 50 years. In addition, the proportion of the population aged 65 years and older will reach 40%. Moreover, a private think tank suggested the possibility that half of the municipalities across the country could be extinct by 2040. In response to this critical situation, the government set a goal of maintaining the population at 100 million over the next 50 years as one of their “Basic Policies,” announced in June 2014. To achieve this, the government will attempt to boost the birth rate from 1.4 to 2.1 by 2040. As this is a difficult goal to achieve, the admission of immigrants has drawn attention as an alternative solution. However, the government has declared that they will not pursue an “immigration policy” while it aims to promote the use of foreign workers.

The government maintains that foreigners should be admitted to work as guest workers who will return to their home countries after a few years, and not as “immigrants.” This is questionable for two reasons. First, the Japanese government has already moved forward with a policy of actively admitting highly skilled professionals and students from foreign countries, as well as foreigners of Japanese descent, and encouraged them to remain in Japan indefinitely. Second, in other countries there are many examples of foreigners who were originally admitted as guest workers but remained permanently.

Establishment of a “Basic Law for an Intercultural Society” 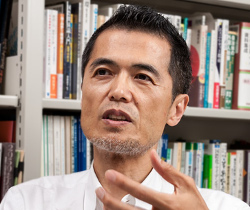 Public interest in the admission of immigrants has grown rapidly since the government’s spring 2014 study projected that 200,000 immigrants a year would enter Japan in one of the scenarios for a desirable future. Thus far, arguments solely emphasizing the merits of immigration and those solely emphasizing its demerits have gained attention; there have been no discussions between the two groups to reach an agreement. To realize a sustainable society, however, we need to consider all policies available, including the admission of immigrants as one policy option, on the premise of long-term depopulation. Specifically, Japan must clearly set a goal of establishing an intercultural society and reconstruct its immigration policy accordingly.

To develop integration policies, I have been advocating the establishment of a “Basic Law for an Intercultural Society” since 2002. With respect for human rights, social participation, and international cooperation as its basic principles, it will obligate the national and prefectural governments to formulate a basic plan to promote such policies. This framework is necessary to promote collaboration between the national and prefectural governments and municipalities, and for the efforts of local communities to become more effective. 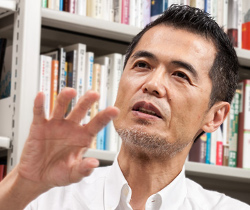 While foreign residents in Icho Housing Complex are now contributing to the local community rather than solely receiving support, Hamamatsu City has clearly implemented policies to take advantage of diversity in building communities by working with foreign residents. Hamamatsu City is known as having a large number of Brazilian workers and formulated the “Hamamatsu Intercultural City Vision” in March 2013, with the goal of the “creation of culture through diversity” and “community vitalization through diversity.”

Since the Ministry of Internal Affairs and Communications formulated the “Plan to Promote Intercultural Cohesion (Tabunka Kyosei in Japanese) at the Local Level” in 2006, living environments for foreign residents have improved in municipalities around the country. However, most of these efforts have not gone beyond support for foreign residents. While the diversity advantage for urban development has gained recent attention in European cities, including those participating in the Council of Europe’s Intercultural Cities Programme, Hamamatsu City is the first city in Japan, and most likely in all of Asia, to clearly set forth this vision, extending beyond the conventional perspective of focusing on support for foreign residents. I refer to these efforts as “intercultural cohesion 2.0,” or the second stage of intercultural community building in Japan.

A Japan More Open to the World

Development of migrant integration policies through the establishment of the “Basic Law for an Intercultural Society” will be indispensable in the coming years. At the same time, it will also be essential for Japanese citizens to accept foreign residents as neighbors and embrace the diversity they bring. While businesses and universities in a global competition have steered themselves sharply in the direction of embracing diversity, the public is still more likely to value uniformity rather than diversity. The government should better inform the public of the demographic crisis and globalization Japan is to face and present an immigration policy as indispensable to building a sustainable society.

It will also be necessary to globalize elementary and secondary education. These efforts will include the improvement of school systems for foreign children, increased opportunities for students to interact with foreign residents in the community as well as to visit overseas, and the promotion of intercultural education.

I would like to continue my research so that I may contribute to the formation of a Japan that is more open to the world.