Civil Partnership Regulations and the Diverse Nation of Japan: Inward-Looking Patriotism is Bad for Japan

On April 1, 2015, Japan’s first civil partnership regulation was enacted in Tokyo’s Shibuya Ward (Ordinance for Promoting Respect of Gender Equality and Diversity in the Ward). According to that, , same-sex couples can be issued certificates recognizing their relationships as equivalent to marriage. So far, virtually no attention is paid to unfair treatment of same-sex couples in their everyday lives. This can be described as a long-awaited starting point for equality, in response to the international trend toward protection of human rights. However, there is considerable deep-rooted opposition. We looked at the significance of this regulation, as an indicator of the future of Japan’s internationalization. 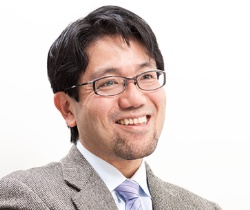 Q: On April 1, Shibuya Ward enacted a new regulation calling for issuance of certificates to same-sex couples recognizing their relationships as equivalent to marriage. What are your views on this regulation?

About a year ago, I discussed homosexuality in my essay series of “Japanese Values” in the Weekly Toyo Keizai. The new regulation is a reflection of the needs of society. Since they were not considered families, same-sex couples have suffered not a few cases of unfair treatment such as not being permitted to live together in apartments or to visit each other in the hospital. Passage of the civil partnership regulation can also be considered a natural development from an international point of view. However, I have no intention to argue the pros and cons of the regulation here.

What I find interesting is, rather than the passage of the regulation itself, the reaction of some Japanese people who have formed a strong opposition movement, which has become big news in Japan. This opposition movement has included the puzzling phenomenon of people waving banners that say, “Gambare, Nippon” (“Keep fighting, Japan”). What is the connection between the civil partnership regulation and “Gambare, Nippon”? I think it is an obstinate adherence to so-called traditional Japanese values and the fantasy that restoration of those values will lead to the recovery of Japan’s national strength. This may be the reason behind the phenomenon of this overreaction to any rejection of so-called traditional Japanese values, such as civil partnership.

Q: It would seem that traditional values can come in many forms. What kinds of values are held by the people behind the opposition movement?

Perhaps it would be the so-called Showa Period family life of the prewar through the immediate postwar years. These could probably be described as the values of the animated television series “Sazae-san”: a large, patriarchal family in which the husband works and the wife, of course, is a full-time homemaker. For this reason, same-sex couples are a threat to these “Sazae-san” values and something that would demean Japan.

However, the term “traditional” does not refer solely to the prewar and Showa periods. In his writings Luis Frois, a missionary who came to Japan in the 16th century, described with astonishment the practice of male homosexuality in Japan. He also reported that the concept of chastity was weak among women. It is conceivable that the concepts of contempt for male homosexuality and of extolling chastity were adopted as a result of the introduction of Christian values when the Meiji government sought to standardize culture and popular morals. One could even go so far as to say that male homosexuality has been a traditional Japanese value for a long time. Japan originally was a tolerant country that accepted diversity. That is one of Japan’s good properties and one of its strengths. Could not one even say that this is what has built the Japan of today?

Q: It would appear that this tolerance of accepting diversity that you describe has been weak lately. Is it not the case that there is an increasing trend of excluding or rejecting diversity?

Yes, that’s true. In this regard, one more thing we must think about is the rise of patriotism in Japan. I admit I am patriotic, and there is nothing wrong with patriotism itself. Rather, it is a spirit that is essential among the public. However, the ideas referred to as patriotism that are conspicuous today seek uniformity among the Japanese people, and I see this as being behind the movement to exclude same-sex couples and other aspects of diversity. I believe that while there definitely is nothing wrong with loving one’s country, it certainly would not be desirable for this to arise in a form that excludes diversity.

From ancient through modern times, Japan has been a country that has flexibly accepted diverse religions, ideologies, and cultures. In this way, Japan has avoided becoming isolated in its own narrow world despite its status as an island nation. Acceptance of and respect for diversity is itself a traditional Japanese value. In this sense, those who cling to a distorted view of patriotism and so-called traditional values that reject same-sex couples are themselves violating the traditions of the Japanese people.

Q: This kind of movement appears to have risen to prominence in just the past few years. What is behind it?

Until recently, Japan was one of the world’s leading economic powerhouses. However, as it has been overtaken by China in terms of economic power and the domestic economy has been sluggish for a long time, the feeling has spread that Japan lost its edge. I think that this feeling is behind this movement. When things are not going well, the tendency arises to cling to the values of the good old days, before things went bad. Of course even if we consider them the good old days the prewar and Showa periods were not times completely free of problems. Even so, I believe that a movement is rising among some to cling to the values of those times by emphasizing Japan’s good side, pursuing uniformity as Japanese people and excluding anything different. Such a movement is not restricted to Japan alone. A look around the world shows that at times such tendencies have been identified in former communist states and some countries of Europe as well.

The awarding of the 2020 Olympics to Tokyo can be seen as further accelerating this movement. To those who consider the Olympics an opportunity to elevate national prestige rather than a worldwide athletic festival, holding the games in Tokyo is a good opportunity to restore Japan’s self-confidence. 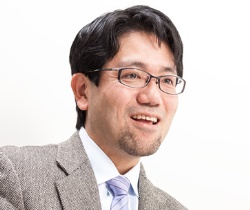 Q: A tolerant society that accepts diversity can be considered a healthy society. What is needed to achieve such a society?

The values of the Japanese people are one of the subjects of my studies. As part of these studies, I am focusing on the way young people in Japan are less hopeful for the future than those in other countries. According to the Cabinet Office’s International Survey of Youth Attitude 2013, only a little more than 10% of Japanese youth say they are hopeful about their own futures. I believe that one way to break through this sense of helplessness is through acceptance of diversity. It is essential that young people in particular have opportunities to see and encounter the world. For example, people who have gone overseas to take part in international activities as students tend to be relatively more hopeful about the future. Seeing things only one way, through rigid uniformity, is likely to make people feel even more helpless. Having a broad field of vision is the first step toward acceptance of diversity.

In order to increase Japan’s potential in the future, it will be essential to create a society that accepts diversity. For this purpose, I believe that understanding the world and Japan from multifaceted points of view will lay the foundation for acceptance of those who differ from us. In contrast, an inward-looking patriotism that excludes diversity would be bad for Japan. I think that acceptance of diversity is the starting point for the Japanese people having hope for the future, for the sense of well-being that results, and for an accompanying recovery in Japan’s national strength.