The Psychology of Abuse, a Continual Vicious Cycle -Psychological Support for Trauma and PTSD-

Intergenerational Transmission of Abuse and Trauma 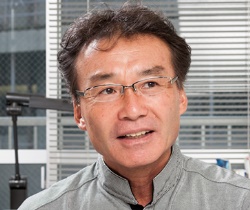 Based on my past experience working in the department of psychoneurology at a university hospital as a clinical psychologist and my current clinical experience in psychotherapy for patients with mental illnesses at psychiatric hospitals and clinics, I am focusing on clinical cases of mothers who abuse their children. It is rare for mothers who abuse their children to come to the clinic complaining of the abuse itself from the start, and in the process of psychotherapy for one mother I first met among a number of patients it became clear that this mother, whom we would consider the perpetrator, had herself been a victim of abuse in the past. In the field of psychiatric therapy, in general individual therapy is provided in the form of psychotherapy. This refers to one-on-one counseling of the patient. This case arose when I was meeting with a mother who showed signs of an eating disorder. As the counseling continued, it became clear that she had experienced abuse in the past, and the hidden fact emerged that she was abusing her own children as well. History was repeating itself. This was a case of intergenerational transmission of abuse, and this vicious cycle sometimes leads to serious crimes.
Here I would like to look at the issue of trauma. As is well known, trauma is a psychological scar. It refers to the state in which a person is affected over the long term by a shock, whether direct or indirect, physical or mental. When it exhibits certain symptoms and involves severe suffering, it is diagnosed as post-traumatic stress disorder (PTSD). I would like to point out here that trauma is not a special thing that only certain people suffer. Every human being has had some traumatic experiences, and many live their lives by ordinarily repressing those memories or pretending they never happened. However, some people who have suffered trauma suffer adjustment disorder at some point in time. Adjustment disorders appear in a wide range of forms, such as the physical reaction of poor physical health, social phobia or panic anxiety, or loss of control and the inability to understand one’s surroundings or the feelings of others. But I believe that in a sense such conditions of maladjustment are an unavoidable adaptation on the part of such victims, necessary for them to keep living.

When a mother abuses a child, it is an adaptive behavior that is necessary for the mother to keep living. While of course such behavior is intolerable, many abusive mothers are aware of the fact that they are abusive and not a few feel deep self-loathing for not being able to stop. A vicious cycle forms in which self-loathing leads to depression and then to the expression of anger. One of my research topics is group psychotherapy for people bearing such trauma, not just from abuse but from other causes as well.
Group psychotherapy is a method of using a group to treat trauma. The Meiji University Center for Clinical Psychology employs one such group approach, the group psychotherapy method called psychodrama, under the name of the Meiji University Psychodrama School. Psychodrama is a method of group therapy originated by the Rumanian-born psychiatrist J. L. Moreno, one of the founders of group psychotherapy, intended to resolve the problems faced by clients (patients) by deepening their understanding of the problems through dramatic role-playing. Not only the performers but the viewing audience too is important to this process. In the therapy session, the client’s problem (traumatic experience) is described and then participants perform an impromptu play based on it. This type of therapy is characterized by the way it makes possible free expression through imagining the situations and people of one’s own life and employing spontaneous dramatization and role-playing. Through psychodrama, clients reflect on and discover something new about themselves. While the Meiji University Psychodrama School is intended to provide hands-on training for graduate students aiming to become clinical psychologists, it is an open school accessible to the general public. Any readers interested are encouraged to take part.

One of the benefits of psychodrama is the way it decreases self-denial and increases one’s sense of self-affirmation. In many cases, it lessens the feeling of fear from social phobias, one type of adjustment disorders, and restrains the resulting signs that appear in the body as physical reactions. Increasing and maintaining self-affirmation and self-efficacy makes living easier for people who had found it difficult until then. Many people who bear traumas are critical and loathing of themselves and have depressive tendencies, thinking of themselves ‘I am no good at anything’. This leads to feelings that make it hard to keep living. It is extremely important to maintain a sense of self-affirmation that tells the person he or she is alright even though he or she may have some bad parts or inadequacies.
While participating this year in training on group psychotherapy for trauma care in the United States at Cambridge Hospital of the Harvard University Department of Psychiatry, I had the opportunity to experience a variety of group therapy methods, one of which was group therapy using a facility for the mountain-climbing sport of bouldering. As part of the group therapy, clients climb a rocky mountain side set up indoors. The feeling of accomplishment from climbing to the top makes the client feel more comfortable. The feeling of being able to do something on one’s own—“I got it!”—is vital. I want to give people who bear trauma or feel it is hard to keep living the opportunity to increase their self-affirmation in some way. It also is effective to talk about traumatic experiences in a natural environment with friends and acquaintances who understand them or with colleagues who can share their difficulties and pain.

Living with a Spirit that Says, “It’s Going to Be Alright” 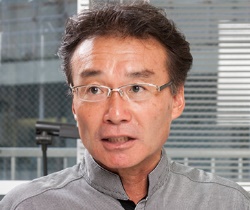 In not a few cases a person who has been abused can undergo some healing simply by talking about the experience in a comfortable environment. While such healing could mean that the person will no longer abuse others, one problem that remains is the fact that abuse has severe effects on those who suffer it. This is the intergenerational transmission of abuse mentioned at the start of this piece. The time has come at which we must think seriously about cutting short the vicious cycle of intergenerational transmission of abuse. While no effective means of doing so is apparent at this time, I would like us to start by looking to the child victims of abuse and listening to what they have to day. The first step to cutting short this vicious cycle may be in noticing the signs these victims show and taking steps to lessen the darkness they feel in their hearts.
As a clinical psychologist, I have observed the dark areas of the human heart for many years, and I continue doing so today. Human beings are creatures of both light and shadow. Leaving aside the issue of which is the true nature of humanity, I believe that it is the presence of shadow that gives light its meaning. For this reason, there is no need to deny the shadows. Instead of looking only at the light, at times we should value the shadows in our own hearts as well. I also believe that in fact the areas where the light doesn’t shine, such as idleness, dawdling, and play, may inspire people more than do the lighted areas of pursuit of efficiency and improved results or performance. As a way of putting this into practice, I would like to propose we adopt a spirit that says, “It’s going to be alright.” This is the basis for a playfulness that can mock even our own worries and complexes. It also should be an effective means of preventing the depression that we hear so much about today. The message “It’s going to be alright” is a prescription that we can write ourselves in order to become more comfortable and live at ease. 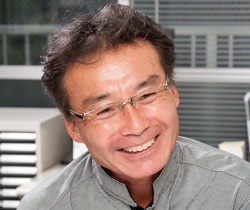 The Meiji University Center for Clinical Psychology is an institution where members of the general public can describe their concerns and consult with experts on mental health. It serves a wide range of people from children through adults. It also provides group consultation services for school faculty members and staff of child welfare institutions. See the Center’s webpage below for more details:
http://www.meiji.ac.jp/ccp/