Opinions on English Language Study: Clear Goals Are the Key to English Acquisition – The Current State of “Japanese English” –

The Positive Reception of Nihonjin no eigo (this book title refers to English as it is commonly produced by native-speakers of Japanese under the influence of that native language) As a graduate student in the United States, I majored in Modern Japanese Literature, and in 1980 I came to Japan as a research student in the Fulbright Program. I worked on modern Japanese literature at the Tokyo Institute of Technology (Tokyo Tech), including the works of Masamune Hakuchō. During my time at Tokyo Tech, an acquaintance arranged for me to do some proofreading work, correcting academic papers written in English by Japanese scientists. In the course of this work, I noticed that they all repeatedly made the same kinds of mistakes. These mistakes were at a fundamental, elementary level and included mistaken use of definite and indefinite articles, singular and plural forms, and perfect and progressive tenses. Later, over a period of two years, I wrote a series of articles in Japanese for the journal Kagaku (Science), highlighting common problems seen in English produced by Japanese people. The articles were later collected into a book published under the title Nihonjin no eigo. This was how I first became involved in 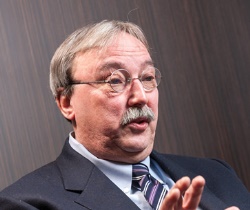 As a graduate student in the United States, I majored in Modern Japanese Literature, and in 1980 I came to Japan as a research student in the Fulbright Program. I worked on modern Japanese literature at the Tokyo Institute of Technology (Tokyo Tech), including the works of Masamune Hakuchō. During my time at Tokyo Tech, an acquaintance arranged for me to do some proofreading work, correcting academic papers written in English by Japanese scientists. In the course of this work, I noticed that they all repeatedly made the same kinds of mistakes. These mistakes were at a fundamental, elementary level and included mistaken use of definite and indefinite articles, singular and plural forms, and perfect and progressive tenses. Later, over a period of two years, I wrote a series of articles in Japanese for the journal Kagaku (Science), highlighting common problems seen in English produced by Japanese people. The articles were later collected into a book published under the title Nihonjin no eigo. This was how I first became involved in English language education.
One of the major topics examined in Nihonjin no eigo is just how greatly the logic within written English depends on grammatical structures. In the book, I point out mistakes that Japanese people tend to make as a result of differences between the structure and logic of the two languages, and I consider the question of how to go about cultivating an English “mental environment.” Nihonjin no eigo has been well received and continues to be read. There would not seem to be, however, any dramatic difference in the writing in English of the average Japanese person since the time of its publication. In fact (and this may be an adverse effect of Japan’s “relaxed” Yutori education policy), it also appears to me that the English reading-comprehension level of the average student has steadily fallen.

There are two popular myths concerning Japanese people’s English ability. The first is that they have an extensive knowledge of English grammar and are able to read and write it but are unable to converse in it. My experience at universities, from the time I first arrived in Japan and continuing through to today, has been that the average student is unable either to write comprehensible English or to comprehend accurately the meaning of written English, and that this is due to a poor understanding of grammar. Students may recall a grammatical terms like “participial construction” but whether or not they are actually able to use any particular form is an entirely different matter. Listening ability and pronunciation, on the other hand, have certainly improved over the past 20 years. One contributing factor behind this has probably been improvement in the English ability of junior high and senior high school English teachers. Also, thanks to the prevalence of electronic devices and the internet, people are now able to listen to English wherever they are, 24 hours a day. The second myth is that the English used in university entrance examinations in Japan is different from “real” English. While that might have been the case half a century ago, modern exams are well balanced and contain only common, everyday English. The place to look for English that is “different from the English used in real life” is junior high and senior high school textbooks. It takes a great deal of ingenuity to create natural English with only limited grammatical forms and vocabulary available, but, in the Japanese school textbooks that I have seen, examples of the presentation of incorrect or unnatural English are more conspicuous than any particular displays of ingenuity.

Not every Japanese citizen needs to learn English 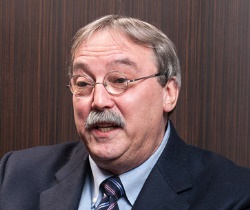 Currently, all citizens of Japan are supposed to learn English whether they want to or not. For this reason, lessons are programmed so that everyone will be able follow them easily, and lesson content is extremely sparse. A foreign language by nature is not something to be acquired by gathering dozens of Japanese people all together in a single classroom. Just as with music or a sport, genuine foreign language skills are acquired over time by those who are sufficiently self-motivated to practice language drills individually on a daily basis. Many people in Japan complain that, even though they have studied English in school for years, they are still unable to speak it, but I don’t recall ever hearing anyone complain, “Even though I took music for years at school, I can’t compose it at all” or “Even though I took PE at school for years, I’m no good at all at sports.”
Perhaps because the phrase “kokusaijin” (“cosmopolitan person”) has become somewhat dated, phrases like “gurōbaru jinzai” (“global human resources”) and “gurōbaru maindo no kigyō” (“globally-minded companies”) have recently come into fashion, but in reality probably less than 10% of Japan’s population actually has a need to be active globally. Also, persons who feel the need for “global skills” would surely work to acquire them on their own initiative. We are fortunate at Meiji University in that the university has worked hard to promote international exchange programs and to provide support to students, and now more of our students are able to study abroad than was possible in the past. The shortest path to acquiring foreign language skills is, of course, studying abroad. Also, Japan is a “paradise” when it comes to English language study materials, and even if study abroad is impossible, it is still possible for anyone with a desire to learn to obtain a diverse variety of study materials. I think that NHK radio courses, in particular, are a good resource. Lesson content is extremely thorough, and course continuity makes the programs effective for learning. I would recommend the following to any student: Get what guidance you can from your university classes, but also make full use of the variety of other available resources.

Japanese is an extremely difficult language to learn for anyone whose native language is English. In the early stages of Japanese language study, in particular, English verb tense can be seen to have a strong influence on English speakers’ attempts to convey meaning in Japanese. For example, a native speaker of English, in trying to express “Before I left, I sent her an email message,” might produce in Japanese the nonsensical “Dekaketa mae ni, watashi wa kanojo ni mēru o hitotsu okutta,” rather than “Dekakeru mae ni, watashi wa kanojo ni mēru o hitotsu okutta.” Since sequence of tense in English requires a past-tense “left” to agree with the past-tense “sent” of the main clause, a native speaker of English may end up writing a “Japanese” sentence such as “Dekaketa mae ni, watashi wa kanojo ni me-ru o hitotsu okutta.” It is not impossible, of course, to imagine what the creator of such a sentence is trying to express in Japanese, but it does not produce a very nice impression. Conversely, English written by Japanese university students often gives the impression that the authors regard the question of whether to use an article before a noun, or whether a noun is to be singular or plural, as being “trivial.” That may be why students end up writing sentences such as “I like horse very much. So I want horse” (suggesting an inclination for horsemeat), instead of “I like horses very much and want to have one.” Such distinctions may seem “trivial,” but to someone from an English-speaking country, there is a strong possibility that the authors may seem capable only of broken English, or that the English produced will be completely incomprehensible. This is a sadly unnecessary state of affairs. It should go without saying that an understanding of basic grammar is extremely important.

Every year one or two of my students tell me that they have their heart set on learning to play the guitar during their four years at university. And almost all of them learn to play extremely well in those four years. Each day after they go home, they pick up a guitar and play for three or four hours, and this seems no particular burden to them because they can feel themselves progressing. Students who have the same level of motivation to learn English, in my experience roughly 10% of the student body, almost invariably progress a great deal during their four years at university. Those who continue to read English books, practice conversation online, or utilize other approaches are certain to improve. University classes, which are held only once a week, are a very useful guide, but, ultimately, whether or not someone makes progress comes down to the practice he or she puts in every day. This is not limited to learners of university age. It is not too late to advance even after one is out in the real world. Learning English depends on the motivation of the individual, and if that motivation is there, it is never too late to learn.