A Management Structure Based on Blood and Community Relations Attracts Attention 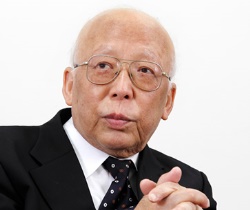 Traditionally, the mainstream in business administration has been an American-style market-based approach, and the same has been true of business school curricula. A major assumption of market-based management is participation in the capital markets, through which a business aims to increase return on equity (ROE).Or in other words to increase its rate of growth and maintain efficiency. However, since the economic shock that followed the collapse of Lehman Brothers interest is increasing in the management structure of a family business, which gives importance to robustness. A family business is one that employs a management structure based on blood and community relations rather than the capital markets, and most such businesses are small and medium-sized enterprises (SMEs) with deep roots in their local communities. Many long-established shops in Japan, known by the term shinise, are family businesses.
Looking around the world, it is family businesses that support the foundations of the economy and society. Companies owned and operated by families are said to account for roughly 70% of all the companies in the world. Family businesses began to attract attention during the 1990s when a systematic study by the German management researcher Hermann Simon identified the presence in Germany of numerous businesses that could be described as “hidden champions.” He pointed out that most of these hidden champions were unlisted SMEs managed by members of the same family, with long histories and the foundations of their businesses built within their local communities. He also noted that similar phenomena could be identified not just in Germany but in developed countries around the world.

SMEs account for 99% of the businesses in Japan, and most of these are family businesses. While large firms aggressively invest overseas, local SMEs are rooted in their local communities, and it would be no exaggeration to say that the growth and progress of family businesses is key to reviving impoverished local economies. Although listed firms are unable to defy their shareholders, since the stock of companies based on family business is unlisted they are able to deploy innovative business activities rooted in their own values. Furthermore, they also can operate sustainable businesses based on a long-term perspective.
However, even family businesses face some problems. Most family businesses are owned and operated by families. As such, their ownership and management are not separated as in most listed firms. For this reason, their management systems are complex and in some cases it is difficult to carry out appropriate governance. This is because the business, the owners, and family members strongly influence and check each other. When there are problems in management or governance, sometimes innovation by a family business could become reckless. However, I believe that instead of focusing on such negative aspects it would be helpful to revive local economies if local governments, community financial institutions, educational institutions, and other parties worked together to draw out and support the positive aspects of family businesses.

Growth in Agriculture Can Trigger Revitalization of Local Economies 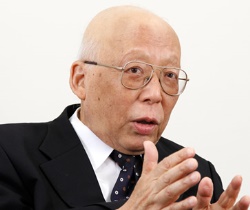 I am focusing on agriculture, identified as a growth field by the administration of Japan’s Prime Minister Abe, from the perspective of family business. Most farms in Japan are family run, and agriculture in the country still can be described as being based on family businesses. When thinking about agriculture in Japan, the first thing one realizes is that the domestic market is a mature one and it is difficult to expect it to grow in the future due to the nation’s low birth rates. If this is the case, then it is likely that farmers will need to aim for markets overseas. When doing so, in addition to exports of agricultural produce itself they should think about exporting Japan’s high levels of expertise. Many countries desire the agricultural expertise and technologies of Japan, which is capable of producing high-quality agricultural produce. A boom in Japanese cuisine is continuing overseas, centered on developed countries, and it is my hope that this trend will be put to use as a trigger on growth of Japanese agriculture (and agricultural businesses).
To do so requires breaking free from the traditional system under which agricultural cooperatives purchase produce from farmers and moving toward a system under which individual farmers supply high-value-added produce (such as fruit and green vegetables) produced through diversified small-quantity production, to meet the needs of domestic and overseas markets. Some younger farm managers aged in their 40s and 50s who are oriented toward such an approach are appearing on the scene, and there is considerable possibility that agriculture will evolve into a profitable business, and an enjoyable one. My focus on agriculture reflects the fact that unlike commerce and industry it is a business that cannot relocate. Since it is impossible to separate agriculture from the community, the growth and progress of agriculture can contribute greatly to stimulating the local economy.

I started out by studying decision-making under conditions of uncertainty, or how to improve the process of rational choice, as decision-making ability, in management in markets and society including uncertainties. From there I have shifted to risk management and competitive strategy, two fields of management that involve addressing uncertainty. The Graduate School of Global Business (MBS) where I teach also has close ties to family businesses that face uncertainty. As one effort to improve the dynamism of Japan’s economy and society, the MBS is targeting the training of successors and support personnel to help family businesses advance. No matter how well they have mastered their craft, candidate successors to family businesses will not be able to become good managers unless they have the skills of general managers. We would like to contribute to the development of local communities through training outstanding successors to family businesses.
While the term “global business” tends to bring to mind images of big business, such as that conducted by multinational firms, in thinking about Japan’s future growth it is the family businesses supporting local economies that truly need general managers with global perspectives. Today, there is a possibility that Japan eventually could be left behind unless it comes up with some new innovations. If the people involved in family businesses can utilize international networks to demonstrate new ideas, then it could being new dynamism to the Japanese economy as a whole. What I would like to propose to Japan as a whole is the restoration of this dynamism. To do so, individuals need to break free from status quo bias in each of their own circumstances. Dynamism cannot come from simply following the ways things have been done in the past. It requires bold action. I believe that risk-taking action based on appropriate risk management will generate dynamism in Japan’s society and economy. Instead of saying “no” as a reason not to take action, we need to say “yes.”

Data analysis is not a conclusion for data scientists