How to confront environmental risks: A proposal for risk democracy

The importance of “problem construction”

In environmental debates today, we can probably say that problems such as global warming and natural habitat destruction have gained firm popular acceptance as urgent issues. However, there are many other problems for which solid opinions have not been formed, such as genetic modification and endocrine-disrupting chemicals. The seriousness of health injury from industrial pollution as was seen with Minamata disease (a neurological syndrome caused by severe mercury poisoning) is clear to anyone. But a large number of today’s environmental problems could be called long-term potential “environmental risks,” making it difficult for the people to recognize what important environmental problems are.
”Problem construction” thus becomes important. Problem construction (social constructionism) in general sociology is the concept where any of the many problems in society only becomes a “social issue” when a convincing problem framework is presented and accepted. For example, sexual harassment is a clear social issue today. But before the framework of the problem was accepted, it was simply “coarse and unpleasant speech and behavior.” Environmental problems are becoming more potential risks today; so, raising questions by the public, scientists, environmental NPOs and the like and adding scientific evidence of which is and way it is a large problem along with policy prioritization is becoming important.

The core of the problem is in “environmental justice.” 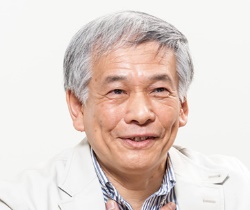 The danger in an “ISDS clause” in the TPP 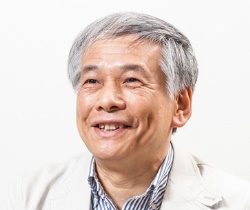 The TPP (Trans-Pacific Partnership) holds tremendous risks that we should be concerned about. Discussions about the TPP have centered mainly on issues such as agricultural and food problems, but we in particular must not overlook the “ISDS (Investor-State Dispute Settlement) clause.” The “ISDS clause” is a clause that gives foreign companies (investors) the right to file grievances to an international arbitration organization if a national government’s restrictions to market access and protection of domestic corporations are seen as a barrier to free trade. In other words, if a domestic regulation is filed as a barrier to free trade and the file is approved, the domestic regulations will need to be eliminated. The essence of this is to allow global multinational corporations to conduct the economic activities that they would like. It can be said that TPP potentially has a structure that prevents restriction by domestic law.
For example, one issue of concern is the import of genetically modified crops. According to TPP rules, it is highly probable that such imports will have to be allowed. Within the genetically modified crops there is an issue of potatoes, corn, and other crops that are genetically modified with Bacillus Turingiensis, a biological agricultural chemical that kills pest insects. It has been reported to kill not only pests, but endangered butterflies and the like. There is also concern about damages to human health, such as allergies. It has also been pointed out that plants with resistance to herbicides could come about by genetic modification and that genetic disturbance and contamination could occur by those crops crossbreeding and going wild. The danger lies in that, unlike normal poisons, they self propagate and change the environment. This has been stopped by domestic environmental regulations and food safety standards, but those could be nullified by the “ISDS clause.” Participation in the TPP could lead to serious problems for Japan in the future.

Toward realization of risk democracy 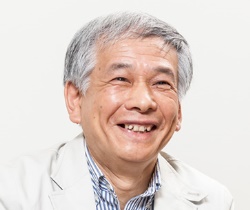 What I propose to society would be, in one phrase, “risk democracy.” The greatest point of contention in the 20th century was the “democracy of wealth distribution,” that is whether to choose a welfare state or socialism. In the aftermath of the 1986 Chernobyl nuclear accident, German sociologist Ulrich Beck proposed that we are now in the era of “risk society” in which the points of dispute are no longer about “wealth” but rather the “production, distribution, and definition of risk”.
Conventionally risk was defined as damage and hazardousness multiplied by probability. Such probabilistic risk has been applied in more “rational” selection such as comparison of risks with benefits and costs. However, risks include uncertain risks such as endocrine-disrupting chemicals that have not yet been scientifically explained where probabilistic multiplication has not proved true. Furthermore, there are catastrophic and irreversible risks such as nuclear power and genetically modified organisms where the final damage is uncertain and beyond repair. In a manner of speaking, these are infinite (damage) multiplied by zero (probability miniscule or unknown) risks. How to face and deal with such risks from a standpoint of general public and consumers is a major research theme. In terms of who emits (enjoys profit from) such risks and who suffers from them, we need expanded propagation of “risk disclosure” that stands on a viewpoint of environmental justice and “risk literacy” related to what is to what effects a risk. I believe that practice of effective and essential communication, where knowledge and information are held equally, is indispensable for achieving “risk democracy.”