Is the “Yubari shock” now a thing of the past? -New municipal financial crises and the spread of citizen participation-

Looking back over recent incidents related to local government finance, the most painful was the “Yubari shock” of March 2007, when the city of Yubari in Hokkaido became insolvent. While Japanese law does not allow for local government bankruptcies, for all practical purposes Yubari was insolvent, with debts of 35 billion yen vs. an annual budget (standard budget volume: approximately local taxes plus local allocation tax ) of 4 billion yen. Since then, the residents of the city of Yubari have been forced to face as many as 18 years of the highest burden and lowest level of public services in Japan, in order to repay these debts.

Looking back over recent incidents related to local government finance, the most painful was the “Yubari shock” of March 2007, when the city of Yubari in Hokkaido became insolvent. While Japanese law does not allow for local government bankruptcies, for all practical purposes Yubari was insolvent, with debts of 35 billion yen vs. an annual budget (standard budget volume: approximately local taxes plus local allocation tax ) of 4 billion yen. Since then, the residents of the city of Yubari have been forced to face as many as 18 years of the highest burden and lowest level of public services in Japan, in order to repay these debts.

Today, seven years after the insolvency, those residents who could leave the city have done so, and those remaining are mainly senior citizens unable to relocate even if they wanted to. The city’s population, which peaked at 120,000 when it was a bustling coal-mining city, now is less than 10,000 people. The mayor at that time, who decided to take out such massive debts instead of revitalizing the city, and the city council that was unable to serve in a checks and balances capacity bear a heavy responsibility for the situation.
In light of this incident, the Japanese government established the Act on Assurance of Sound Financial Status of Local Governments and enacted it in April 2009, as a new system to prevent the fiscal insolvency of local governments. This act required all local governments in Japan to publish accounts in a way that expanded checking of deficits, which previously had been limited to general accounts, to include special accounts and auxiliary organs such as third-sector organizations as well as total amounts of debt, instead of just deficits alone. It also assigned to city councils a certain degree of responsibility for financial soundness. While the sacrifices of the residents of the city of Yubari had helped lead to a resolution of the problem, it must be said that the burden on the remaining residents was very high.

A crisis of deteriorating infrastructure amid progress toward sound finances 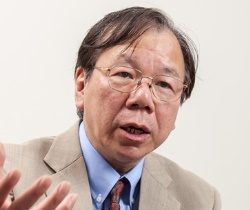 The Act on Assurance of Sound Financial Status of Local Governments has resulted in a swift return to sound local government finances. Since enactment of the Act the numbers of local governments requiring fiscal rehabilitation (those in a state of insolvency; referred to as “red card” governments) and those requiring swift measures toward financial soundness (referred to as “yellow card” governments) have improved considerably, with the only red card government being that of the city of Yubari and the number of yellow card governments falling from 43 at the start of the system to just two in the most recent figures. Today most local governments are sound financially. While cutting labor costs also played a significant role, the largest role in moving toward sound finances was played by cuts in expenditures on public works projects, which decreased debts (municipal bonds).
While the lessons of the Yubari shock have contributed greatly to improving the soundness of local government finances, a separate problem has begun to surface. This is a delay in infrastructure improvements resulting from the way financial soundness has been achieved through cutting public works projects. Japan’s infrastructure was developed during the postwar period of rapid economic growth. Construction of the nation’s transportation infrastructure was concentrated on the period in the run-up to the 1964 Tokyo Olympics. Now, half a century later, that infrastructure is approaching the end of its useful life. While studies are being conducted to identify danger spots in bridges, sewers, and other infrastructure, there is no time to waste in investing in renovation of aged infrastructure. If financial soundness is achieved by cutting essential services, then the results could endanger human life.

The occurrence of a new fiscal crisis: The uproar over insolvency in Birmingham, England

As seen in the case of the U.S. city of Detroit filing for Chapter 9 bankruptcy (institutional bankruptcy) under the United States Bankruptcy Code in July 2013, fiscal insolvency as seen in the Yubari shock can be said to be due to human causes and foreseeable to a considerable extent. However, the following case is one that, although also due to human causes, was difficult to foresee. I would like to describe it here because there is a possibility that Japan could see similar cases in the future.
The BBC news on the morning of November 12, 2012 began with a shocking headline: “Birmingham City Council Bankruptcy.” While British law also makes no allowance for the bankruptcy of local governments, the city of Birmingham was forced into insolvency by its ultimate loss in a high court decision of a lawsuit by female former part-time employees unhappy with wage disparities with male employees and demanding payment of the difference in wages. The city was forced into insolvency by the need to pay compensation of at least roughly 1.1 billion ponds as of January 2014. Since the city’s annual budget is roughly 3.6 billion ponds , this compensation would amount to nearly one-third of its total budget. Furthermore, there is a possibility that the compensation amount could increase until 2016. In the UK,where a local government is not permitted to go into debt (issue bonds) to make such payments, the city’s only choice is to sell assets to raise funds for the compensation. Already, it began selling civic auditoriums and similar facilities last year.
The case of Birmingham would not apply exactly to Japan, where employment conditions of public officials differ. However, even in Japan a diverse range of employment patterns have been adopted recently. It is not the case that there is absolutely no possibility of unexpected liabilities arising in the event of a problem with wage disparities among public officials in connection with differences among regular and irregular employment conditions. There is a need to anticipate fiscal crises for local governments from a variety of perspectives, including such unforeseeable circumstances.

Citizen participation is fundamental to resolution of fiscal problems 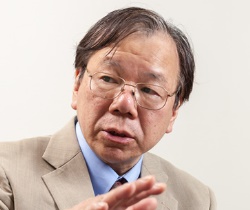 Currently my research is focused on participatory budgeting and its adoption. As its name implies, participatory budgeting involves the direct participation of the public in the budget formation process. Voting turnout in local elections has continued to fall in recent years, and in some cases heads of local government have been unopposed even in their third or fourth terms. This can be described as a crisis for local council democracy. Mature civil society is unlikely to form if this situation continues. Citizen Participatory budgeting is an effort to encourage public interest in politics and reflect the views of the public in budgeting through dialogue with government. It serves to complement local council democracy. It even could be described as an intermediary between local council politics and civil politics.
This initiative began in 1989 in the Brazilian city of Porto Alegre and has since spread worldwide thanks to high regard for its results. It takes place through efforts to make decisions through broad public participation while adapting to the situation in each country. It involves various specific forms such as taking the views of the public into consideration in decisions on public works plans, decision by the public on the uses of budgets for common areas in public housing, or having the public vote to decide on expenditure cuts to reduce the local government’s budget. While examples of citizen participation, broadly defined, in Japan include the one-percent system in the city of Ichikawa, in which one percent of individual residential tax payment is devoted to non-profits organizations chosen by the tax payer, and the city of Fujisawa’s community management conferences, no participatory budgeting system has yet been introduced in the country.

The dialogue needed between local councils and the public