A perspective for a multi-ethnic Japan

From its geographical and religious distributions characteristics, Southeast Asia can be broadly divided into the continental(mainland) part which is strongly influenced by Buddhism, containing countries such as Thailand and Myanmar, and the islands which are mostly influenced by Islam(except for the Philippine). The countries that my research focuses on belong to the latter part, the relatively small countries, Malaysia, Singapore, and Brunei.

From its geographical and religious distributions characteristics, Southeast Asia can be broadly divided into the continental(mainland) part which is strongly influenced by Buddhism, containing countries such as Thailand and Myanmar, and the islands which are mostly influenced by Islam(except for the Philippine). The countries that my research focuses on belong to the latter part, the relatively small countries, Malaysia, Singapore, and Brunei.

The islands in Southeast Asia are difficult to see from the perspective of Japan. I believe one of the reasons for this lies in the way history is learned up to high school level within Japan, divided into “Japanese History” and “World History”. The most symbolic example of this is how the descriptions of Francis Xavier and Portugal’s advancement into Asia, which is the background of Xavier’s landing in Japan, are divided. In textbooks on Japanese history, Xavier’s arrival in Japan (1549) is described along with the arrival of Christianity. On the other hand, textbooks on World history describe Vasco da Gama’s discovery of the Indian sea route during the Age of Discovery. However, Xavier’s travels from India until he reached Japan as well as the encounter with the Southeast Asian world, including the Malacca Sultanate (Note 1) and the countries of the Maluku Islands, after Portugal’s discovery of the Indian sea route are missing. As a result, one can receive the impression of Xavier made a leap from India straight to East Asia, in spite of the fact that the purpose of Portugal’s invade into Southeast Asia was the propagation and upkeep of Christianity and the purchase of spices, especially pepper, nutmeg and clove.

Such the differences in understanding for the history highlight the huge issue in this approach towards learning the history of mankind. Handling Japan’s history independently from the world history under the name of “Japanese History”, and naming what really is “the history of the entire world excluding Japan” “World History”. How much meaning does such dichotomized approach towards history hold in this era of globalization?

The situation and reality of a multi-ethnic society 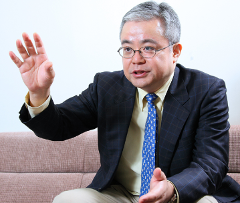 Excluding Thailand, Southeast Asian countries have a common historical experience in that they have all been under colonial rule after the middle of the 19th century. Under the British colonial economic activities, the Peninsula Malaysia and Singapore underwent great social transformations in terms of economic activity and social structure. While there were a flow of people from the “outer world” of China and South Asia in pre-colonial times, the influx of people became even greater, forming the multi-ethnic societies of today. Currently the population composition in Malaysia is the Malays and the indigenous people account for 60 percent, the Chinese for just less than 30 percent, and the Indian for around 8 percent. In its neighbor, Singapore, the population composition is reversed with the Chinese accounting for about 80 percent of the total population, the Malays for less than 20 percent, and the Indian and other ethnic groups accounting for the rest. However, both countries have a basically stable government and have achieved sustained economic development. The idea that there may be some kind of mechanism behind this was the reason I first took note of this region as a university student.

For certain, when you direct your attention to their daily lives, it seems that each ethnic group lives in mutual respect for their respective cultures, traditions, and values. You can get a sense of this when you go to Chinatown in Kuala Lumpur, the capital of Malaysia. You can hear the clamor of Cantonese and Mandarin throughout the town and the fresh food stalls overflow with the foodstuffs that satisfy the stomachs of the Malaysian Chinese, who place importance on eating. However, only a few steps outside of Chinatown and you will see the magnificent National Mosque and the sight of Muslims going to worship in front of you. En route to the National Mosque are the Hindu temples of the Malaysian Indians, where you can see the faithful purchasing offerings with what little money they have. The variety of subtitles for television dramas and movies demonstrates coexistence in this multi-ethnic culture the best. On the screen where an actor is speaking Cantonese, there are Mandarin and English subtitles—sometimes even Malaysian subtitles—providing entertainment for people even if the display becomes smaller, to give an example.

As I spent more time examining this situation of multi-ethnic coexistence, a huge doubt started to develop in my mind. To begin with, why is there a “National” Mosque? Various questions started to bubble up, such as how are the coexistence of various religions and the freedom of belief, which are elements of a multi-ethnic society, positioned? In fact, Islam is positioned as the official religion in Malaysia, and government spending is allowed for mosques and other Islam-related institutions. This indicates that nation-building in Malaysia is founded on the social superiority of the Malay people and their values.

Taking another look at the signs in Chinese stores in Chinatown with such questions in mind, the reality of this country’s multi-ethnic society is apparent in the language notation of the signboard for a shop’s advertisement .Even in Chinese stores in Chinatown, Malay language, which is the national one, is used at the top of the sign board followed by English and the lastly Chinese signage. This is the reality of Malaysia’s multi-ethnic society. From this perspective, the significance in this multi-ethnic nation of the portrait of the king wearing traditional Malay attire and sporting a kris, a dagger that is a Malay symbol of power, depicted on Malaysian currency note becomes clear.

At first glance, multi-ethnic groups coexist with mutual respect for their respective traditions and beliefs in Malaysia, but it seems that there is an implicit knowledge and society operates on a certain set of rules.

Wisdom and implicit knowledge from a multi-ethnic society 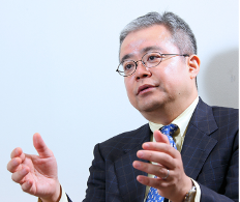 There were three conditions that established this implicit knowledge and made it function. The first was the guarantee of participation of multiple ethnic groups in the process of designing institutional arrangements. The second was the approval of segregation, and lastly, sustained economic growth.

Issues that arise within a multi-ethnic nation are related to how to reflect ethnic composition in the design of various institutional arrangements such as the educational system. There are various scenes in which consideration to ethnic composition is necessary, such as electoral constituency, housing policies, hiring slots for civil servants, and the distribution of public‐works project. In setting the basic rules for this distribution—the establishment of a federal constitution—Malaysia guaranteed the participation of representatives of the each ethnic groups comprising the country, and through this process, succeeded in establishing the rules. This signified that the constitution, in a manner of speaking, became a social contract between the ethnic groups.

Of course, these rules were just basic rules and not everyone always accepted and complied with them, and often times the institutional arrangements themselves fell into dysfunction. When that happened, segregation was the logic that provided stability. Until then, the Malaysian government aimed to reorganize society into one in which industries and professions were fixed by ethnic group. Certainly, the employment composition changed greatly and the Malays turned from rural area to urban residents and their occupations shifted from those in the agricultural sector to those in the manufacturing and services sectors. However, if you take a good look, there is a certain new form of segregation. This segregation can be seen if you look at those who were instrumental to the third condition, sustained economic development, foreign companies that supported the manufacturing industry, the local Chinese companies that underpinned the efforts of those companies, and the Malay service sector and group state-run companies extending around them.

Then, what is the situation in Japan? Will the rules of participation and segregation function within an ever-advancing multi-ethnic society?

Another representative example of segregation is “higher education”. In Malaysia, until now state-run universities held lectures in Malaysian and private universities in English. If English become the medium of education all the level, the target subjects of education would expand to include the world. In Southeast Asian countries with multi-ethnic social foundations, higher education is considered as a service industry in which they gather students from all over the world to develop human resources. In a time where the Japanese manufacturing industry was at an overwhelmingly high standard in Southeast Asia, people came to Japan at any cost in order to acquire its knowledge and skills, but now the interest in Japan become little(except for the cool Japan), save from less-developed Southeast Asian countries. In fact, in higher education, Japan is in a situation of so-called “Japan passing”.

On the other hand, the involvement of Japanese companies in Southeast Asia has been changing as well. The rapid expansion of the Japanese service sector such as fast-food and convenience store has started to go in full swing in the island parts of Southeast Asia, once positioned as the production base of the manufacturing industry. Convenience stores, retailers, and distribution are the major industries, but next will come the education industry, healthcare business industry, etc. If Japanese companies advocate globalization, then understanding towards multi-ethnic societies is essential.

Japanese students are having more opportunities to interact with students from South Asia and Southeast Asia through part time jobs in Japan as well and a sense of strangeness towards the reality of a multi-ethnic society is dissipating. They interact with each ethnic group from a perspective that lacks prejudice and handle multi-ethnicity in an intuitive manner. In that sense, we can say that Japanese society is firmly becoming more multi-ethnic.

The road to a multi-ethnic society is, in other words, an indication of international phenomena. Taking a step further from the recognition of the current situation, it is necessary to advance rule-making and the establishment of social systems at an early stage that plan for potential issues that may arise due to society growing multi-ethnic, while guaranteeing participation. When this happens, the island parts of Southeast Asia such as Malaysia will provide an extremely important perspective.

(Note 1) A port nation, advantageously located on the western coast of the Malay Peninsula facing the Strait of Malacca, which prospered around the 15th century as a hub for East-West trade, connecting East Asia and the Islamic world, under the international environment of the Ming dynasty’s tributary system. The sultan was forced to retreat from Malacca by the Portuguese in 1511 and the Johor Sultanate was subsequently established in Joror the southern part of the Malay Peninsula.

* The information contained herein is current as of July 2013.
* The contents of articles on M’s Opinion are based on the personal ideas and opinions of the author and do not indicate the official opinion of Meiji University.