There are various types of violence, from bullying to war. Today, there is a strong tendency among people and society toward violence conducted in ingenious and loathsome ways. These circumstances resemble those of the closing days of the Tokugawa Shogunate. As attention focuses recently on Yoshida Shoin, it can be meaningful to learn about the past from its social background. Will we be able to put a stop to swelling violence?

The Meaning of Considering Violence from an Historical Perspective 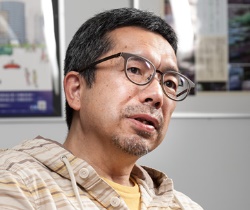 Q: It would seem that issues of violence, the subject of your research, would need to be considered from diverse angles. From what kind of an approach do you carry out your research?

Briefly put, I consider and review violence within historical events. Recently I established a violence study group together with historians in fields including early-modern and modern Japanese history and Korean history. While this study group also was formed prior to the September 11, 2001 terrorist attacks in the United States, nearly 15 years have passed since then and the nature of violence has changed, as seen in the phenomena of bullying and domestic violence. In thinking about contemporary society, I believe that considering from a historical perspective the modes by which people and society become violent is essential to the creation of a better future. My research mainly concerns issues of violence during the Edo Period.

The Edo Period often is described as a peaceful time. Some people try to dispose of the wars of aggression and colonization conducted by Imperial Japan beginning in the Meiji Period by describing them as irregular occurrences in Japanese history. But were Japan’s violent activities from the Meiji Period until it lost World War II in 1945 truly irregular? Ultimately they cannot be disposed of so easily. What was the source of this violence? Consideration of past history is essential in order to answer this question.

Q: The Edo Period is considered peaceful because society had not become very violent. Why was that?

It was a result of the birth of unified political power in the form of the Tokugawa Shogunate. The Warring States period prior to that was an age of territorial disputes resulting from the lack of unified political power. In the absence of such unified power, each individual warlord asserted his own self-interest, appealing to violence to settle any problems. This violence was not limited to the world of the samurai alone but even extended to the general public in the form of disputes over usufructuary rights such as those involving river access and securing resources. People were killing each other. Beginning in the Edo Period, when a unified political power arose, the Shogunate strictly ordered people to appeal to the court to address any problems. The Edo Period was a time in which appeals to the court rapidly increased, to the extent that it could be described as an era of the court of law. That was the wisdom of a society that avoided violence.

That system was established from the Genroku Era through the Kyoho Period (in the first half of the 18th century). However, beginning in the latter half of the 18th century the Shogunate ceased to function properly and society became more violent, as the closing days of the Tokugawa Shogunate arrived. During the Genroku Era and the Kyoho Period, the Shogunate extolled and maintained the principle of benevolent government. The idea was that common people and peasants were in a weak position in which they had to pay feudal rents, and the samurai would protect them. Practical activities of the Shogunate included the giving of charity to relieve suffering in times of disaster or famine. That is what led people to trust in the system of the Shogunate. The fact that powerful military forces were owned and controlled by the feudal lords alone also led to stability in government. This is what is called military prestige. However, in the 19th century the system of the Shogunate no longer was able to fulfill its benevolent functions of responding to famine or disaster, and with the arrival of Admiral Perry it lost its military prestige as well. These factors led to an extreme drop in trust in the feudal lords, and society became more violet as people chose the use of force over appeal to courts of law. The Japan of today can be described as being strikingly similar to the situation in that period.

Yoshida Shoin and Society’s Lean to the Right 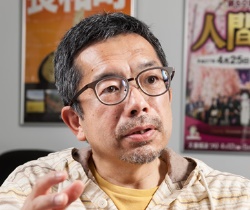 Q: The figure of Yoshida Shoin arose in the mid-19th century. Shoin is one of the subjects of your research. How was he related to increasing violence in society?

Although the Tokugawa Shogunate adopted a policy of national seclusion during the Edo Period, foreigners still came to Japan. Japan was visited by many Koreans. Study of how the people of that time (statesmen, intellectuals, and the general public) viewed Koreans shows that even during the Edo Period, when friendly relations should have formed between the two countries, people in Japan looked down on Koreans. People of the time, who viewed Empress Consort Jingu’s conquest of the three countries of Korea and Toyotomi Hideyoshi’s invasion of Korea as having concluded successfully, saw Korea and its people as weak for having feared Japan’s military prestige. The Seikanron debate that arose during the Meiji Period reflected this emotional undercurrent.

The Seikanron debate, which featured calls to attack Korea, can be traced back to Shoin. While we the figure of Shoin is considered a thinker, in fact he was a tactician. He did not possess the cultivation to improve on his own thoughts into ideas and generalize from them. He merely saw Korea as a threat. He was a man of action, as seen in his assassination plot, and the way he referred to himself as a “madman.” What is problematic here is the way the idea arose of shifting domestic problems onto another country to bring the country together and regain its strength when overcoming numerous domestic contradictions, as seen in Shoin’s call to attack Korea. It goes without saying that this is aggression against another country and an exercise of force. Shoin’s reputation is subject to wild swings, and it would appear that times in which Shoin is regarded highly coincide with those when society is leaning toward the right, or toward greater violence.

The Increasingly Violent Closing Days of the Tokunaga Shogunate

Q: But wasn’t Yoshida Shoin the spiritual leader of the royalists who were active from the defeat of the Shogunate through the Meiji Restoration?

While after the end of the Shogunate it would appear as if he had been framed for the assassination plot and contributed to the Meiji Restoration, in fact things were not that simple. During the Ansei Period in which Shoin was active, the Shogunate was a massive presence that nobody thought could be overthrown. Even in the assassination plot, Shoin was isolated as his followers including Takasugi Shinsaku, Kusaka Genzui, and Katsura Kogoro refused to go along, instead abandoning him.

After Shoin’s death, Japanese society became more violent as the end of the Shogunate approached. While the closing days of the Tokugawa Shogunate frequently are depicted in film and television dramas as a time of a sense of energy, from which the new age of the Meiji Period dawned, in fact it was an era of violence. As the class system collapsed, a time of opportunity for lower-ranking samurai, subjects, and peasants arrived. A time of opportunity is one in which people can assert themselves and find themselves with prospects for the future. It is essential to note here that the easiest way of asserting oneself is through violence. In the closing days of the Tokugawa Shogunate, many young people died in the rampant terrorism and violence they used to justify their own actions. While scholarship provided another way of self assertion, employed by figures such as Nishi Amane and Fukuzawa Yukichi, it was impossible to put a stop to the trend toward appealing to violence as a means of self assertion throughout society as a whole.

It is true that it might have been a historical inevitability that the Shogunate system would collapse since it had become dysfunctional and no longer was suited to the times. However, it is a fact that many young people died senselessly in the accompanying violence.

Continuation of Thinking: The Power to Curb Violence 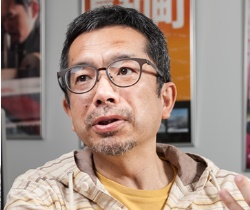 Q: What do we need to do to curb the increase in violence in society, to avoid resorting to violence?

State power is itself an apparatus of violence. At the risk of being misunderstood, one could even say that an apparatus of violence that unifies power, such as the Tokugawa Shogunate, is essential to social stability. If state power falls apart or breaks down, then society will fall into chaos. Perhaps one extreme example is the ethnic conflicts that arise after the breakup of the Soviet Union. For this reason, we need to control state power in ingenious and clever ways.

At the root of resorting to violence is the spread through society of feelings of entrapment and cessation of thinking. Society during the Tempo Period 20 years prior to the end of the Tokugawa Shogunate was a stifling one in which it was difficult for young people to see any prospects for the future. While this changed with the end of the Shogunate and the arrival of Admiral Perry, since the sense of entrapment continued for a long time young people gave up on thinking and instead opted for violence, the easiest method of self-assertion. The result was a bloody age of violence. People who have stopped thinking become more violent, and they are able to accept the current situation without difficulty. Deepening cultivation and repeated thinking serve as the power to face up to and criticize the current situation. Put another way, I believe that when individuals continue to think it provides the power to criticize the current situation and curb the increase in violence in society. My message to society would be this: “Keep on thinking.”