— Japan’s provinces are currently becoming impoverished, due to population decline and a rise in the elderly population. How do you see the current situation?

— Japan’s provinces are currently becoming impoverished, due to population decline and a rise in the elderly population. How do you see the current situation?

The aging of the population and overall population decline are making it hard for Japan’s provinces to survive. The aging of the population and population decline are issues affecting the whole of Japan, but their effect will be particularly strong in provincial areas, as younger people move to the big cities. Rural areas will become depopulated, with a noticeable increase in unoccupied houses and a growing number of “shuttered streets,” as more and more businesses in the town centers close down. Local governments will experience a fall in tax revenue, causing the retrenchment of public services. It will become particularly difficult to maintain social capital. Roads and water pipes will not be able to be repaired adequately. The fundamental principle of social capital is that everybody bears a small share of the financial burden for its use, which is easy with a large population, but impossible with a small one. The aging of the population and overall population decline will prevent the formation of relationships between neighbors, causing local communities to collapse and local authorities to become insolvent. Hospitals too will be unable to survive and community medicine as a whole could collapse.

It is necessary to revitalize provincial Japan, to ensure that people settle in the regions and to attract young people back there. Accordingly, the government has made regional regeneration a key pillar of its policies. The Public Policy Studies Association Japan holds an annual contest for university students nationwide, which attracts countless proposals for regional revitalization based on the perspectives of the younger generation. Although nobody has come up with a miraculous solution to the question of how to revitalize the provinces and make them sustainable, this is an issue that will eventually affect not only provincial Japan, but also the nation as a whole, so I believe that it is important for all of us to be aware of the existence of this problem and to think about how to deal with it.

Medical Care as a Broad-Based Industry 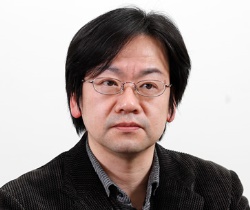 — Focusing on medical care, does this field have any prospects for the future from perspective of public policy, your field of specialism?

In terms of medical care, elderly people are inevitably more prone to illness than young people, so their medical costs are several times higher. Medical costs as a whole are continuing to grow, due to the progressive aging of the population and the increasingly advanced nature of medical technology. Medical costs are supported in large part by insurance premiums and the insurance system is a system in which everybody supports each other. Having said that, there are limits to the degree to which the burden can be allowed to increase, so medical costs must be curbed by making medical care as efficient as possible. However, in thinking about the question of medical care, it is vital to consider not only the negative aspects, but also the positive ones.
It goes without saying that the key advantage of medical care is the benefits that it brings about by restoring people’s health and alleviating pain. Would you not agree that the maintenance and restoration of health should be guaranteed to some extent for every citizen? In addition, looking at medical care as an industry, the expansion of medical services and growth in pharmaceuticals increase GDP and create employment. With most manufacturing industry relocating overseas, it is anticipated that the major industries that will remain based in Japan will be high-added-value manufacturing industries underpinned by high-technology and service industries that cannot be imported. In this respect, medical care is a broad-based industry in which there will be a major spillover effect from the perspective of inter-industry relations, due to such developments as expansion into medical tourism, with Japan able to attract patients from overseas who wish to access regenerative medicine or obtain drugs, examinations or treatment. It should be positioned in public policy as a promising field for Japan’s future.
At the same time, there is the problem of labor shortages in both acute nursing and long-term nursing care. In this context, there has been tremendous focus in Japan on high-added-value medical and nursing care equipment, especially nursing care robots. Among the available nursing care robots are those equipped with a variety of functions, including communication robots used at daycare centers for elderly people requiring only a low level of care, which are able to sing and facilitate events.
The introduction of high-added-value medical and nursing care equipment and nursing care robots is an extremely effective means of dealing with the shortage of nursing care staff stemming from population decline and the growing need for nursing care arising from the aging of the population. Moreover, it will lead to increased labor productivity, thereby contributing to economic growth. If Japan can become a leader in this field, it will be able in the future to export such equipment and robots to other countries that are experiencing the aging of their populations, so it would appear to be a promising field as one form of high-added-value manufacturing industry.
It is vital to ensure that policy on medical and nursing care maintains a multifaceted perspective that takes into account both negative and positive aspects, and a good balance must be achieved in its operation.

The Perception Gap between Physicians and Patients 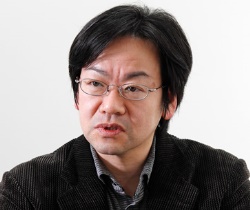 — You have pointed out problems regarding informed consent in medical care, from the perspective of the communication of information, haven’t you?

My study of the reality of informed consent and informed choices in clinical practice – that is to say, the endeavor to provide patient-centered medical care in which physicians fully explain medical interventions to patients, obtain the patient’s consent, and respect patient choices – revealed that patients were more inclined than physicians to feel that the information provided to them by the physician was insufficient and that their own wishes were not respected adequately. On the other hand, it also revealed that physicians were more inclined than patients to feel that the explanations provided to them by their patients were inadequate.
This is due to differences in the standpoints of physicians and patients even when undertaking the same action in clinical practice, demonstrating a tendency for each individual to rate their own actions more highly, while raising their interlocutor’s as inadequate. This perception gap between physicians and patients gives rise to mutual distrust and could cause mistrust in medical care. Consequently, it is vital to understand that there is a possibility of bias in assessments of situations by people with differing standpoints. I believe that we should consider solutions based on this awareness.
The expression “monster patient” has recently gained currency; particularly conspicuous are “selfish patients,” who frequently call ambulances. Even if promoting patient-centered medical care is the correct approach, I believe that it is also necessary to consider whether medical care might have become too patient-centered, causing problems from the physician’s perspective.

Increasing Lawyers with no Consideration for National Character

— It could be said that universities are positioned between the public and private sectors, supporting efforts to resolve problems of public administration. How do you view the current status of universities from the perspective of public policy?

The view in public policy is that basically, it is better if issues can be resolved by the private sector without the involvement of the government, and best of all if they can be resolved by the market mechanism. Nevertheless, there are likely to be times when the government needs to get involved, because the private sector is unable to handle or resolve the problem. More than anything else, I believe that it is vital to examine and implement problem-solving from multifaceted perspectives.
Accordingly, to give an example of a public policy issue that also relates to universities, the government’s policies on university education include a policy of increasing the number of lawyers in conjunction with the opening of law schools at universities. Looked at in light of market principles, if there is no demand for lawyers, increasing the number of lawyers will just result in lawyers experiencing a fall in income or being unable to find employment. Moreover, the growth in supply could increase the number of low-quality lawyers. If demand for lawyers rises, it is likely that their incomes will be maintained and high-quality personnel will also enter the profession, but is demand for lawyers really likely to grow in Japan? One has to consider not only the fact that we are entering a period of population decline, but also the very character of the Japanese.
As a nation, we have a tendency to seek to avoid causing trouble by trying not to cause a nuisance to others in public places. Consequently, there are few lawsuits and their number is unlikely to rise that much in the future. The idea of increasing the number of lawyers seems to have been inspired by American society. America is a contract-based society and the breaking of contracts often results in a lawsuit, so it is inevitably a highly litigious society. When bringing in foreign systems, we need to consider differences in national character, as well as the balance of supply and demand.
In Japan today, there are reports of lawyers having difficulty in finding employment and of university law school closures. The root cause of these problems appears to be the failure to consider matters from multifaceted perspectives. When importing foreign systems and policies from other countries, we should consider matters in a multifaceted manner and contemplate them thoroughly before deciding on the advisability of their introduction.

The Progressive Internationalization of Universities in Response to Social Change

— Just one more question: what are your thoughts on the internationalization of universities as public institutions?