The three actors in governance: government, corporations, and civil society 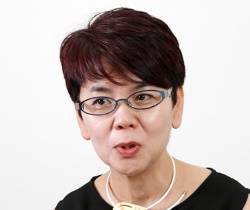 People say that we live in the age of governance. The modern concept of “governance” has been used from a relatively early stage in the area of international development assistance by the World Bank. As can be seen in the theory of global governance, where the aim is for coordination among national governments, international organizations and international NGOs, partnership between various actors has been shown to be essential. This is due to the fact that while economic development was brought about by globalization, global issues such as disparity of income and environmental destruction that cannot be solved by a single country have become evident. The irreversible phenomenon of globalization has been progressing in multiple dimensions both globally and locally. As governments’ ability to rule decreases in relative terms, a modern society needs governance by co-production through partnerships among government, corporations, and civil society even though it is in the course of solving social issues within a single country.
Co-production means actors with differing roles working together towards the same objective on the same vector. The three actors of government, corporations (economy), and civil society have differing concepts and perspectives respectively, and as globalization advances, values are also becoming diverse. In the midst of pluralistic values, it is no simple task for actors to work towards a single objective. For that reason, it is necessary to create a “deliberation process” where diverse people come together to form opinions.

The process of deliberation leads to creation of public common goods

Let us take a look at a familiar example of governance, namely disaster preparedness policies of local governments. These policies are formulated by public administrations, but actual activities are also carried out by local companies, residents’ associations, NPOs, local elementary schools, and other actors, in addition to the government side. “Collaboration” already exists. The deliberation process is important in forming and implementing policies to enhance disaster preparedness in accordance with local needs. There are two prerequisites for actors in any deliberation. One is flexibility to listen to opinions from a different viewpoint and be willing to change one’s own opinions. The other is a reflective process where a person can stand back and evaluate what he or she has done.
Through collaboration and discussion the aim is to create something new that is appropriate for the community development by constantly reviewing the existing practices and seeking to ensure diversity. Deliberation would provide opportunities to mutually understand each other’s ways of thinking, and new opinions that incorporate the perspectives of others can be developed. I believe that consensus formed in this way will lead to creation of public common goods in the community.

Evaluation is not just for verification purposes, it also creates value

As a means of providing such a deliberation process, I propose “co-evaluation” with the participation of all actors involved. Most evaluation of policies or programs is done by third-party to secure objectivity and internal evaluation by those in charge to see if activities have been executed according to plan. By forming policies through “co- evaluation,” the sort of society that should be aimed for is discussed (creation of vision), and dialogue are held on what sort of situation should be aimed in the future (setting objectives) and what should be done to realize that (strategy). Following policy implementation the strategies are evaluated to ascertain whether they have been truly effective. This is an evaluation method that seeks not merely to engage in verification of results, but also to create value for the futures.
I believe what is important in “co-evaluation” is the influence that dialogue and discussions among various actors have on transforming people’s consciousness and actions and formation of opinions. Sharing this process could prove to be the stimulus for creating something in common among differing actors. 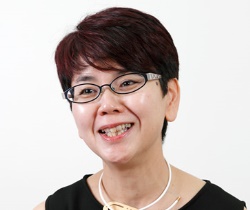 This globalized era filled with diverse values needs human resources for governance who can contribute to solving social issues. These human resources for governance do not function independently of government, corporations, or civil society, rather it is the case that they are affiliated to one of these three sectors and exhibit abilities to promote collaboration that are understanding and appreciative of the values and roles of other actors. With ordinary management, the decision-making process and authority are clear in a single organization. However, in cases where there are differing actors of the society involved, there is no clear decision-making process or chain of command. For example, in the process whereby a local government administration implements policies for disaster preparedness in partnership with local companies and residents’ associations, residents are not necessarily obliged to follow the instructions of the government administration. In such a co-productive process, human resources are required who are capable of bringing out the talents and abilities of the various actors and stimulating voluntary action. Both communication skills to promote the building of trusting relations between actors and logical thought to systematically analyze case studies are two requisites demanded of human resources for governance.
The same applies to human resources for global governance when tackling issues of a global issue. The negative effects of global issues such as poverty and the environment reach even to developed nations, but the effects on Asian and African countries are particularly large. In the Graduate School of Governance Studies, English track is also available so we can accept promising students from abroad with experience in policy formation and implementation in such countries. We aim to foster human resources who can, along with Japanese students, contribute to achieving public welfare from both global and local viewpoints. We are now making preparations for doctoral course of School of Global Governance that will be run in English, and we hope to be able to produce highly capable human resources who can contribute to solving global issues.

* The information contained herein is current as of August 2013.
* The contents of articles on M’s Opinion are based on the personal ideas and opinions of the author and do not indicate the official opinion of Meiji University.