Japan’s cooperation to Africa and the future of Japanese economy

The Seventh Tokyo International Conference on African Development (TICAD 7) began in Yokohama on August 28 to discuss African economic development and international cooperation toward Africa. As a Pre-TICAD7 event, Meiji University held a seminar on Africa by inviting Professor Stiglitz, a Nobel laureate in economics on August 27. The TICAD is a conference Japan originally played a central role in establishing and its history spans a quarter century. During this time, African countries have maintained rapid economic growth. At this juncture, it is beneficial to think about Japan’s cooperation to Africa, not only for African economic growth, but also for Japan to solve problems in Japanese society. 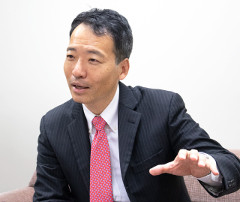 For over 20 years I worked at Japan International Cooperation Agency (JICA). In the past, I worked a lot in Asian countries such as India, Thailand and Vietnam, but as they have begun to achieve economic growth in recent years, I am now involved more with African countries.

Employment is a key for developing countries to achieve economic growth. If people can get stable jobs, the economy will grow, and the country will also be stabilized as standard of people’s lives improves.

In particular, since Africa has a large increasing population, a huge market will be created if people, especially young people, get jobs and increase their income to buy goods. In that sense, Africa has huge potential to grow. Conversely, if jobs do not increase, the number of unemployed will increase. If this happens, then, the unemployed, especially youth, will be dissatisfied with their situation and politics. It could lead to another domestic conflicts in Africa.

So, then, how should we create jobs?

It would be very difficult to rely on agriculture sector in terms of increasing employment and boosting the income of individuals. It is also difficult to expect much from the service industry either when it comes to increasing jobs. Then, it is the manufacturing industry in which we can place our highest hopes.

In fact, there is much room for improvement of factory floors in Africa in terms of productivity and efficiency. To enhance firm capabilities, what is necessary is management capability and human resource development.

For this reason, Japanese firms have been dubious about investing into Africa. Then, it results in the lost opportunities for Africa to learn from foreign firms.

What is expected to be an effective way to change such a situation is the know-how of kaizen. This management method has been cultivated in the manufacturing industry in Japan by companies such as Toyota.

The kaizen approach is both bottom-up and continuous improvement. It is bottom-up because kaizen encourages suggestions from workers at factory floor. It also improves factory floor work continuously, reviewing operations that has been undertaken at production sites.

The basis of kaizen is called 5S, a workplace management method which uses five Japanese words: “seiri” (sort), “seiton” (set in order), “seisou” (shine), “seiketsu” (standardize) and “shitsuke” (sustain). As mentioned above, it can be said that 5S offers the best approach to addressing the basic problems manufacturing worksites in Africa are facing.

Therefore, JICA and other organizations are working on activities to develop trainers who can teach kaizen and dispatch consultants to African countries.

Then, more and more firms not only from Japan but also from other countries will invest in African countries and, along with that, we can expect increasing employment opportunities.

On the other hand, in the present day when we see artificial intelligence (AI) and industrial robots evolving, there has been debate over whether the expansion of manufacturing companies into Africa will actually create that many jobs.

However, looking back at the history of kaizen in Japan, there are many things that both employees and companies can learn in terms of employment.

In fact, kaizen originally started as productivity movement soon after the World War II. Japanese labor unions were initially opposed to the movement.

This is because they thought that an increase in productivity could reduce the demand for workers and would rather lead to unemployment.

Labor disputes intensified in the 1950s, but after long negotiations, Japan Productivity Center, an organization established chiefly by the Japanese Association of Corporate Executives (Keizai Doyukai), made a “productivity declaration,” meaning that workers would not be fired due to an increase in productivity. This was the turning point from an oppositional labor-management relationship to a constructive one.

Since then, kaizen, which can be realized through cooperation between labor and management, was actively introduced by many companies and contributed to improving the productivity of the Japanese manufacturing industry.

As a result, improved corporate earnings led to a booming economy and high economic growth as it boosted employee wages, bringing them more stable lives and encouraging them to consume more.

In other words, productivity may increase through the introduction of AI and robots, but, unless people get jobs, demand will not be created, and it will be difficult for the economy to grow.

In that sense, there are great expectations for the introduction of kaizen, which not only improves work skills and raises productivity, but also encourages cooperation between labor and management.

In fact, kaizen has already begun to spread throughout African countries. The African Kaizen Annual Conference was held in Tunisia this year and as many as 200 people from all over Africa participated in the event.

“Social innovation” and “social capital” that Japan has already experienced 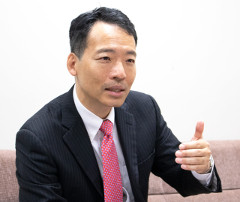 It is said that innovation is necessary for developing countries to catch up with developed nations.

Innovation means invention and technological revolution in Japan, but in its original meaning, there are imitation and improvement as well.

As a result, corporate earnings may improve, but it does not lead to a real catch-up unless workers get paid more. What is important is to increase both cooperate earnings and social benefits. That is social innovation.

Japan’s high economic growth in the 1960s and 1970s brought about a situation where it is said that all Japanese belonged to the middle class. As corporate performance improved, people’s lives became stable and the “3Cs”－color televisions, coolers (air conditioners) and cars — became more and more popular.

One of the major factors in the success of this social innovation in Japan was that kaizen helped develop people-to-people ties among workers.

Kaizen, which promotes connections between individuals, could be more effective in Africa than in Japan.

For example, in Africa, diverse ethnic groups and religions are intertwined in a complex manner and economic disparities are widening. While people within the same ethnic group are firmly united, they tend to exclude people from other groups.

One of the effective measures was the implementation of kaizen. Productivity increases when workers improve the conditions of their work sites by themselves. That enhances corporate performance, leading to increased wages for them.

As employees worked at the modern company while understanding these mechanisms, the relationship between them in the workplace became horizontal.

I think that the same measures will be effective in overcoming barriers of ethnicity, religion and the gap between the rich and the poor in Africa.

In fact, I think that working on these activities will solve problems not only in Africa, but also in Japan.

These days, not many Japanese students know about kaizen. That may be because it no longer receives much attention.

On the other hand, more and more working people suffer from depression. One of the reasons for this is that as the relationships among them are weakened, they take on job assignments and responsibilities all by themselves, which eventually becomes a psychological burden on them.

Behind this is a performance-based evaluation system.

Although it seems fair to evaluate each employee based on his or her performance, in fact, jobs can often get done only if many people collaborate with each other in various ways.

However, hard-working people with a strong sense of responsibility tend to take on a lot of work on their own and suffer mental health issues as a result.

Why did Japan succeed in achieving a situation where all Japanese people considered themselves to be in the middle class during the period of high economic growth? Why is the income disparity widening in society now?

I assume that kaizen played a major role, since it helps create both horizontal and vertical relationships in an organization. While this measure forms lateral connections among employees, they come together to convey their opinions to supervisors and top management, who then implement necessary improvements and support.

Social capital is the formation of such connections between people in organizations and societies.

In fact, there is a study showing that, after the Great East Japan Earthquake occurred, companies that had more business partners made a faster recovery. Their partners served as people-to-people networks which became a safety net to assist their recovery.

Kaizen can be a basis for the formation of social capital and lead to the recovery of people suffering from mental health problems and the correction of income disparity. If so, while supporting Africa, we may actually be rethinking Japan’s past economic growth and seeking ways to revitalize Japan.

* The information contained herein is current as of August 2019.
* The contents of articles on Meiji.net are based on the personal ideas and opinions of the author and do not indicate the official opinion of Meiji University.
* I work to achieve SDGs related to the educational and research themes that I am currently engaged in.