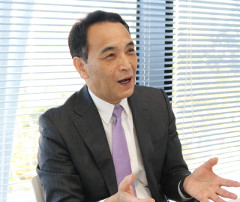 The major premise for revising the Immigration Control Act is that Japan’s population is decreasing. This involves the so-called problem of a declining birthrate and the aging of the population, and in particular, the working-age population aged 15 or more and less than 65 will diminish rapidly in the years to come.

Prime Minister Shinzo Abe has stated that his government aims to encourage women and persons aged 65 or older to work, thus promoting dynamic engagement of all citizens, but in reality, the country is compelled to rely on foreign workers. Many of you might have already noticed that convenience stores hire many foreigners for their outlets, and the rate of dependency on foreigners in agriculture and fisheries as well as in factories is also extremely high.

Under these circumstances, the reality is that the government cannot help but accept more foreign workers.

The question here, however, is the awareness of the accepting side: the Japanese. Prime Minister Abe has constantly maintained that the government has no intention of adopting an immigration policy, but foreign workers who acquire residence status in Japan are actually immigrants.

For example, this is not the first major revision of the Immigration Control Act, and in 1990, in order to respond to labor shortages during the period of the bubble economy, the government adopted a policy of accepting more foreign workers centered on ethnic Japanese.

As a result, in 2018, the number of foreign workers and their families living in Japan reached 2.63 million. The Organization for Economic Co-operation and Development (OECD) counts them as immigrants in Japan.

Nevertheless, the stance of the government has always been to have no intention to adopt an immigration policy. In other words, it views foreign workers as seasonal workers that are wanted to help do the jobs of Japanese people only when Japanese people are busy.

But many of the foreign workers did not return home and wished to continue working in Japan even after the bubble economy burst or after their employment was terminated due to the failure of Lehman Brothers. They do not come here or return home in a way that is convenient to Japan as the government wishes. If the government grants residence status to foreigners, it would become necessary to treat them as citizens of Japan even though they are foreigners.

Worded differently, as long as they live and work in Japanese society, foreign workers have the right to and must receive medical and welfare services and education in the same way as the Japanese.

There are many problems with the systems to accept more foreign workers, but the first step in solving these problems is that the Japanese must recognize them as members that support the country.

Most neglected has been education because foreign workers were recognized not as immigrants but as seasonal workers. With the revision of the Immigration Control Act in 1990, the number of ethnic Japanese working in Japan increased, but the education of such workers and their families, particularly their children, has been left to local governments.

It is generally assumed that children can catch up with classes in Japanese easily because they learn a language quickly. Certainly, they can acquire the ability to speak Japanese in day-to-day conversation relatively quickly through relationships in daily life.

But that ability is completely different from the language ability required for learning. Japanese university students who go abroad to study with a sense of security because they are confident in daily English conversation have difficulty in catching up with local classes, and this story is often heard. What is difficult for university students will be still more difficult for elementary school students unless they have the Japanese language ability to catch up with classes.

Therefore, some of the local governments engaged in the most solid initiatives have adopted a preschool system under which Japanese is taught to foreign children intensively before they go to school. Aichi and other prefectural governments have worked on a model preschool project since around 2006.

Next is an initiative to take foreign school children out of regular classes and teach them Japanese in special classes. In Tokyo, this project is implemented at elementary schools and other institutions in Ikebukuro and Shinjuku, where many foreigners live.

A third initiative is for a Japanese-language instructor to enter a classroom in addition to the teacher conducting the class, and support foreign children. The former explains about the content of the class by turning it into easy Japanese or showing it in graphic form.

These initiatives are carried out independently by local governments or public schools in regions where many foreign children live.

Many of these children may go on relief or cause antisocial problems in the future. Countermeasures against a decrease in the working-age population may have the opposite effect to what is expected. This is because proper education is not provided to them.

European countries, for example, guarantee that immigrants can learn the country’s language free of charge once they are accepted as regular ones. This is because these countries recognize that they must accept immigrants as their citizens and develop them as members that support the country.

The Ministry of Education, Culture, Sports, Science and Technology is implementing programs such as Japanese as a Second Language, a curriculum to allow foreigners to learn Japanese, but these efforts are still not sufficient.

First it is necessary to have foreign workers learn Japanese (currently even such a basic system has not been established), provide sufficient education to accompanying children in Japan, and turn these into a system of laws.

Aiming at diversity and inclusion will change the Japanese 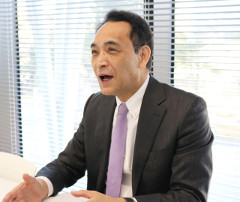 It is important, on the other hand, for the Japanese to not only seek education for foreign workers in Japan, but also take a step forward to accept more foreign workers.

Previously, these two types prevailed in Japan. The Japanese treated foreigners with great caution or disregarded them, or inversely, they forced their rules on foreigners one-sidedly.

But there is also a type of interaction that is expressed as “a+b=a’+b’.” This is an inclusive type of interaction in which both parties influence each other, review themselves, and live together. If this happens, both live in a broader world than when they remain as conventional “a” or “b.”

By questioning what they had taken for granted, the teachers rediscovered or realized something beneficial. In other words, the teachers and the parents broadened each other’s world from “a+b=a” to “a+b=a’+b’.”

A Korean elementary school student moved to a class in a Japanese school. Japanese children made fun of the Korean child, saying that he smelled of kimchi. The child kept silent and disregarded such raillery but soon worked hard, learned Japanese, and invited the Japanese children to make kimchi together.

The relationship “a+b=a+b” expanded to become a new one “a+b=a’+b’” as the Korean child learned Japanese and the Japanese children learned one aspect of Korean culture.

In recent years, the importance of diversity has been pointed out, but today, as globalization progresses, diversity itself is a mere phenomenon, and what is important is diversity and inclusion.

It is natural that people feel uncomfortable or experience emotional turmoil when they encounter something foreign or different. It is important to devise and put into practice methods and systems to overcome and get along with such conflicts.

It is extremely important for us to take the opportunity of the recent revision of the Immigration Control Act to do so.