Can Japan break away from being an “underdeveloped country” in women’s political participation?

In May 2018, the “Act on Promotion of Gender Equality in the Political Field ,” which aims to achieve gender parity in the number of candidates in elections, was passed. The law however prescribes no penalties; it simply calls for each political party to make as much effort as possible to achieve gender parity. As a result, some have expressed skepticism as to whether the law has any effectiveness, but it is actually us, the voters, who will turn this law into the first step toward increasing the number of female politicians. 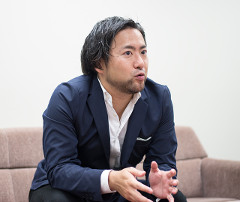 Behind the passage of the “Act on Promotion of Gender Equality in the Political Field,” there is the reality that Japan has too few female lawmakers and female local assembly members. According to a survey, the percentage of female lawmakers in Japan’s House of Representatives as of May 1, 2018, is 10.1%, which, compared with the lower houses of other nations around the world, ranks 160th out of 193 countries. Sweden (43.6%) for example, currently one of the higher-ranking countries, had a rate of 14.0% female representation in 1970. Similarly, Norway (39.6%) had a rate of 9.3% female representation that year, while the U.K. (29.6%) had a rate of 4.1% female representation. From these figures, we can tell that each country has made various efforts and implemented various reforms in the past fifty years to increase the number of female lawmakers. For instance, South Korea was in a similar situation to Japan for a long time. However, the country has been revising its political party law since 2000, implementing such reforms as introducing a 50% quota for female candidates in the proportional representation list, and making female candidates account for 30% of all candidates in single-seat constituencies. As a result of taking these steps, such as reflecting the effort made by each party in the amount of government subsidies it receives, the number of female lawmakers in South Korea has increased gradually, currently accounting for 17.0%, meaning that the country has gained a significant lead over Japan. These instances show how utterly underdeveloped Japan is as a country when it comes to having a system of supporting women’s participation in politics.

There is an argument that it is the voters who elect lawmakers and local assembly members, and it is because they do not approve of female legislators and female local assembly members that their numbers do not increase. However, when we look at the data from the unified local elections of 2015, it shows that the winning rate for female candidates was actually slightly higher (81.0%) than that of their male counterparts (79.7%). In other words, one could argue that the reason that there are fewer female representatives and assemblywomen is not because women do not get elected even if they get on the ballot, but because fewer women run for seats in the first place, which is the major contributing factor. In this respect, the passage of the “Act on Promotion of Gender Equality in the Political Field” represents a significant step forward. The law prescribes no penalties and largely leaves it to the effort of each party to achieve the gender parity, but if you look at the matter from the other side, I believe it means the attitude of each party toward the issue will become blatantly apparent. Voters must make sure to identify what the points of contention are in an election, of course, but the question of which parties are working with the “Act on Promotion of Gender Equality in the Political Field” proactively, and which parties are not, will also become a point of consideration. Whether the “Act on Promotion of Gender Equality in the Political Field” becomes the first step toward a reform lies in the hands of us, the voters.

But why should women receive preferential treatment? Is this not reverse discrimination? Such arguments also exist. So then, is it really because women are not making enough effort that there are fewer female lawmakers and assemblywomen? In 2016, the Cabinet Office of Japan conducted a survey of local assemblywomen nationwide, and based on its results, raised three issues as factors preventing an increase in female representation. First is the perception that politics is a man’s game (Awareness of traditional gender roles). Second is the lack of an environment where the work of a lawmaker or a local assembly member and family life can be managed concurrently. Third is the heavy financial burden. That is to say, there is a strong stereotype that politics is something men do, and when women try to participate, they may be subjected to various forms of harassment. Even when women do become lawmakers and local assembly members, systems for taking maternity-leave and childcare-leave may not be established (local assemblies which do not explicitly provide for such systems in writing in the first place account for 63%), and assembly buildings may not be equipped with such facilities as day-care centers and feeding rooms (a whopping 95% of local assemblies do not have a nursing room). Further, the proportion of out-of-pocket expenses in campaign finance is heftier for women, at an average of approximately 60%. And yet, the higher the ratio of women in the assemblies, the greater the support these assemblies provide them, and the smaller the amount of out-of-pocket expenses they must shoulder. In short, the current state of Japanese society has changed very little from the time it was in an antiquated state, when it was considered that politics was just for men, and that women should just stay at home, raise children, and do housework. That being so, developing a system, preparing facilities, and providing support so that women can participate in politics is by no means giving them preferential treatment, and the “Act on Promotion of Gender Equality in the Political Field” can be viewed as part of such a system that needs to be put in place.

The male-female gender dichotomy should not be overly emphasized 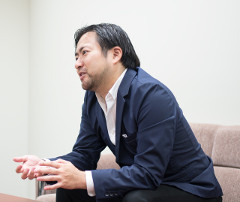 Hanna Pitkin, a political scientist, lists the “authorization theory” and “descriptive representation” among others as the concepts of representation. When you compare the two, the “authorization theory” is a theory that considers a representative to be one that exercises strong leadership to achieve order and stability, and to make decisions quickly. On the other hand, “descriptive representation” considers a representative to be one who reflects the interests and views of a diversity of people through discussions and debates. When we apply these two models to real-life politics, national affairs, for instance, which puts diplomacy and security on the agenda among other things, require strong leadership and quick decision-making. In local affairs, however, a representative who takes into account the diverse interests and views of ordinary citizens and reflects them through discussions and debates, is needed instead. The latter theory fits well with the public administration in healthcare, welfare, and education – the areas that women are interested in. Thus, although women’s participation is certainly needed in the national political arena, increasing the number of women in the local political arena first, where public administration in the aforementioned areas take center stage, and putting “descriptive representation” into practice, will be effective, and one could argue that it will produce a great ripple effect.

An increase in female lawmakers and local asemblymembers will, of course, literally lead to reflecting diverse public opinion, but I believe an excessive emphasis on the male-female gender dichotomy should be avoided. For instance, gender identities where people do not consider themselves either male or female have begun to be recognized in recent years. If we say that based on the male-female population ratio, the male-female ratio of lawmakers and local assembly members should be equal, then the argument will be that there needs to be lawmakers and local assembly members of so-called sexual minorities in the numbers that correspond with their proportion to the total population. Additionally, France has legislated the “parité law,” a highly strict law for gender parity in electoral candidacy, which requires single-seat constituencies to have an equal numbers of male and female candidates. It also stipulates that candidates on the proportional representation list must alternate between men and women, and their numbers must be equal. Parties failing to comply will be subject to a penalty of reduced government subsidies. But the legislation of the law, a controversy broke out on whether citizens should be assigned genders. I also believe that when we become too adamant about having equal numbers of men and women, it will induce gender dichotomy. As mentioned in the “descriptive representation,” a representative does not reflect a gender, but interests and diverse opinions. Gender is not the only issue on the agenda in policy discussion. It is important that we, the voters, always keep that in mind.

Finally, allow me to present an example from New Zealand. Prime Minister Ardern gave birth while her term in office, and took six weeks of parental leave. During this period, the Deputy Prime Minister served as an Acting Prime Minister, but these actions never brought down the Cabinet’s approval rating. It is probably because a national consensus has been formed on a system to support women’s political participation. Whether a system which will transform our society takes root or not truly does lie in the hands of us, the voters.