Why do the French continue to organize protest demonstrations?

Protests that started in November 2018 across France were widely reported in the Japanese media for a time. The impetus behind these protests was an increase in fuel taxes, but at the root of the protesters’ claim was frustration with widening gaps in society. This problem has become pronounced around the world including Japan, and is not peculiar to France. However, you will never see massive protests in Japan like those in France. Why is this? When considering Japanese society from the perspective of France, you will be able to see something Japanese people have not noticed or could not see before. 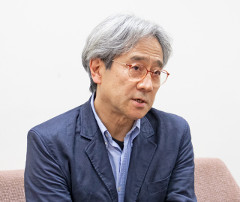 In Japan, too, local protesters are demonstrating against the relocation of a U.S. Marine base to Henoko district in Okinawa. And people are calling for the recognition of LGBT in Tokyo’s Shinjuku and Shibuya districts, and a group has also repeatedly used hate speech they feel no shame about in street demonstrations in Tokyo’s Shin-Okubo district. In addition to these examples, we must not forget protest demonstrations happening every week or so in front of the Diet building. These protests are in favor of the abandonment of nuclear power generation, and opposition to the Specially Designated Secrets Act as well as the right of collective self-defense, all of which are critical to the people of Japan.

I still remember the opposition movement for a security alliance, the antiwar movement in Vietnam, and campus riots that spread nationwide among mainly young people and labor unions in the 1960s and 1970s. Following these periods, has Japan become a peaceful and equitable society where protestors’ “unheard voices” no longer need to be echoed throughout the country?

Rather, I have an impression that Japan is slowly but surely being divided and turning into an unstable society where some young people so innocently use indecent words like, the “winning side” and “losing side.” This is not only happening in Japan, though.

In the face of the overwhelming force called “globalization,” you may mutter to yourself, “it would never do to protest.” Then you will be temporarily content with yourself as long as your life is well off and you are happy. And you tell yourself that it would be less stressful if you leave society to someone else, and go along with the majority – I think I kind of understand this idea. When you are holding onto this attitude, you may mutter locally but cannot even think about participating in protest demonstrations that may spread globally. However, participating in protest demonstrations is a part of everyday life for the French.

Modern society is dependent and based on democracy or the philosophy of human rights. Indeed, modern society has been maintained due to the sharing of such a philosophy among citizens. On the other hand, in order to protect this fragile, delicate system called democracy or the philosophy of human rights, it is also true that you cannot just leave decisions to others and be content with your daily life.

In this sense there is a difference between France and Japan. France has become a republic in the course of the history of opposition between the republicans and the royalists since the French Revolution which began in 1789. I am not an expert on Japan’s political regime, so I cannot tell you exact details, but I am sure that Japan is definitely not a republic.

A French critic and semiotician, Roland Barthes, wrote in one chapter of his book, “L’Empire des signes” or “Empire of Signs,” about the protest demonstration of the “Zengakuren” or the All-Japan Federation of Students’ Self-Government Associations during the 1960s. It provides a valuable testimony about protest demonstrations in Japan seen through the eyes of a French person, but it is a completely different description than political scientists, sociologists or Japan specialists would provide.

Barthes did not understand the Japanese nor was he a Japan specialist. Therefore, a genuine Japanese scholar like Donald Keene criticized this book as the nonsense of a mere traveler when it was first published. Nevertheless, this book contains mind-blowing statements based on Barthes’ intelligence and sensibility that can conjure up a “Japan” which genuine Japanese scholars cannot even imagine. After his first visit to Japan in 1966, Barthes came back three more times, and published this book in 1970.

Let me mention something before I further discuss his statements. The excellence of all his books is nothing but the fruits of subtleties and the flexibility of his intelligence and sensibility. However, his books certainly are aware of problems, or reveal his theoretical background, and we need to be aware of this before going further.

After World War II, intellectual activities arose in the fields of linguistics, psychoanalysis, anthropology, literature and sociology in France. These activities later came to be known as structuralism, in which the removal and analysis of “structures” that underlie phenomena were carried out. As I mentioned above, Roland Barthes was a “critic and semiotician.” He was engaged in pioneering research on semiotics for a period of time. Different from conventional linguistics, semiotics originates in structuralism which is symbolized by the concept of “sign” defined by the Swiss linguist, Ferdinand de Saussure, who advocated the study of the structures that make up language.

I have heard that during the time of the Cultural Revolution in China, there had been debates that the “red light” should indicate “proceed” because the Chinese did not like the idea that “red” means “stop.” This is the “arbitrariness” I am talking about. The relationship between the signifier (as a sense) which is recognized by sound and sight, and the signified (as a concept/image) is determined incidentally by language, history or society.

So, everything that exists in society emerges as social signs. Signs that exist in every area of social life including design, fashion, dishes, movies, paintings, music, theaters, and sports can become interesting subjects of analysis in studying society and human beings. In fact, Roland Barthes also analyzed these kinds of signs. When you keep these perspectives in mind, the orientation of his statements about “Japan” gains greater clarity, to a certain extent.

In the West, kings had always taken their place in the center of cities to parade their wealth which commoners could not obtain, as a sign to indicate they held all the power. The sign had to have a “fulfilled” meaning. The jewels and furniture among the Royal Collection of the Royal British family are so overwhelming that you may be made giddy to see them. But if those displays of the collection convince you of the absolute power of the kings, these signs have a “fulfilled” meaning.

Japanese emperors, however, have been essentially kept away from the public eye for generations. After the Meiji Restoration, the Emperor had been considered as a “god who appears in this world in human form.” The Emperor was made into a myth and treated as an invisible existence people were not allowed to see. If the Emperor went out, people needed to kneel and bow to the ground or maintain a profound bow “in awe” and were never allowed to glance toward the Emperor. These fabricated manners of people and the “three Imperial Regalia” that no one had seen, were regarded as a symbol of power.

In the West, the center of old cities was designed concentrically, exercising a centripetal force. Barthes describes that such a city center is a place that demonstrates fulfilled power and wealth, the place where justice is done at times, the place of truth where people gather for trade, discourse or debate, and the place packed with a litany of signs of a “fulfilled” meaning.

In Italy and France, it is certainly best that you go to the center of the city and start from there if you get lost. On the contrary, the center of Tokyo is invisible and empty. Even if you head off toward the center, you will never be able to get there, and end up going in circles before you know it. Even subways go around the center. This center has been positioned as the center of Japan and Japanese people.

This proposition also strongly suggests the mentality of the Japanese. Barthes came to Japan half a century ago in the Showa period. So, it may appear a little exaggerated to contrast the West with Japan as seen in the above. However, when talking about the behaviors and mentality of the Japanese, Barthes’ statements are not meaningless even today.

Then, how can you describe protest demonstrations in Japan… 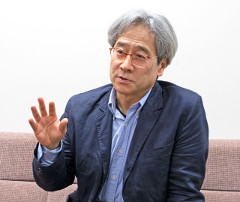 According to him, protest demonstrations in the West are considered an expression of the claims made by the demonstrating groups that carry fundamental spontaneity and violence inside. On the other hand, the Zengakuren’s demonstration was organized and choreographed in a disciplined fashion. It appeared as a form of expression rather than a claim, or even a show like mass gymnastics. He describes the Zengakuren’s claim as the signified, or its violence at times, as a constant convergence into a self-regulated sign that then disappears as the signifier at the moment it is generated. Of course, any demonstrations involving violence are always a problem in Japan as well as elsewhere. However, the Zengakuren’s riot may have appeared to be a well-mannered demonstration to Barthes, who was from a country which had experienced many revolutions.

There is no change between now and the past in that Japan has been satisfied with the signifier without the signified – an empty sign.

* The information contained herein is current as of July 2019.
* The contents of articles on Meiji.net are based on the personal ideas and opinions of the author and do not indicate the official opinion of Meiji University.
* I work to achieve SDGs related to the educational and research themes that I am currently engaged in.