Around 70% of the U.S. military facilities and areas in Japan are concentrated in Okinawa, and the prefecture has been roiled by issues such as the transfer of the Futenma Air Base. Without a doubt, Okinawa bears a heavy burden. However, it is said that Okinawa’s economy is dependent on the U.S. military in various ways, including the prefecture receiving from the central government about 300.0 billion yen as an Okinawa promotion budget, which other prefectures do not receive. Is that really true? It is possible to properly judge that statement by looking at objective data on Okinawa’s economy and prefectural government finance. 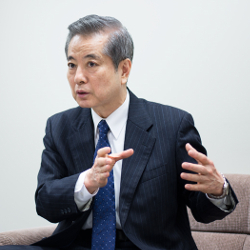 Furthermore, municipalities receive grants to municipalities where national institutions are located (so-called base grants) through the Ministry of Internal Affairs and Communications. These are provided in place of the fixed asset tax for U.S. bases and Self-Defense Force bases. In the same way, financial subsidies to cities, towns and villages where institutions are located are provided because taxes are not collected for assets acquired with U.S. funds and from U.S. military personnel and civilian employees of the military who live off base. There are also subsidies based on the Act on Improvement of Living Environment of Areas Around Defense Facilities and provided by the Ministry of Defense. This is compensation for the fact that the bases are a nuisance to local residents—that is, they are external diseconomies. These subsidies are not limited to municipalities in Okinawa but are provided to all municipalities where U.S. or Self-Defense Force bases are located.

Looking at objective figures like these, people will understand that the idea that Okinawa receives subsidies from the central government that differ from those provided to other prefectures is mistaken, an illusion. If anything, people should understand that although Okinawa is forced to bear a heavy burden due to the existence of U.S. military bases, a pure public good that benefits all of Japan, the benefits do not equal the burden Okinawa bears. As noted above, I would like Japanese throughout the country to recognize that the burden should equal the benefit and consider Okinawa’s US. military base problem from that perspective.

Okinawa’s economic growth rate will become the highest in Japan 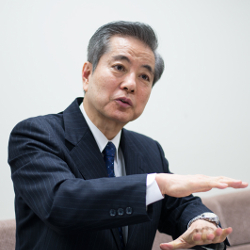 There is also a misperception that Okinawa’s economy is dependent on U.S. military bases; if anything, the excessive number of U.S. military bases has hindered urban development and the promotion and development of local communities. For example, Okinawa is facing a mini-bubble in land prices, and it can be argued that the price of residential land in Kyushu is the highest. This is because there is limited land that can effectively be used on account of U.S. military bases. Therefore, Okinawa has the lowest percentage of home ownership than any other prefecture, except for Tokyo.

In fact, various financial indicators for Okinawa, including the ordinary balance ratio, which indicates resilience; real debt service ratio, which gives debt repayment as a percentage of revenue; and future burden ratio, which indicates the future debt repayment as percentage of revenue, are below the average for all prefectures, and considering those indicators, it can be argued that Okinawa’s prefectural government finance is sound. Furthermore, Japan faces the future problem of a shrinking labor force as society continues to gray, but Okinawa boasts the highest total fertility rate and lowest percentage of its population that is 65 years or older among the various prefectures. The Japan Center for Economic Research projects that for the ten years through 2020, Okinawa will record the strongest economic growth among the 47 prefectures. It is probably now important to dispel the misunderstanding that Okinawa’s economy is dependent on military bases and to steadily work to invigorate local economies from the perspective of contributing to Japan’s economy.