In April of this year (2016), a report came out that confidential documents listing corporate and transaction information of tax havens were leaked to a German newspaper, and this caused a global uproar. However, we cannot assume that just because a corporation is listed in these Panama Papers, it is engaged in illegal activities such as tax evasion. Then, what is the problem with tax havens? 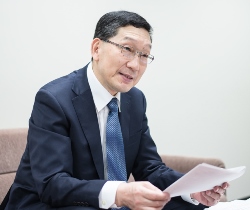 First of all, let us define what a tax haven is. The Japanese translation is “tax avoidance land,” but there is no strict definition. Normally, it refers to a country or a region in which the tax rate is extremely low or nonexistent. Some of the better known locations are in British Territories, like the Virgin Islands, Bermuda, and Cayman Islands, or in Asia, such as Hong Kong and Singapore. These countries are either small island nations or have extremely small territory in which it is difficult to have a viable economy due to a lack of unique industry. Thus, their national policy is to reduce regulations regarding corporate formation and commercial transactions, thereby facilitating a pro-business environment; and in turn, they obtain non-tax sources of revenue, such as company registration fees, from rich people and large corporations from around the globe. So just because, for example, a Japanese firm establishes a subsidiary there, that in and of itself is not something to be criticized.

In reality, the reason why tax havens tend to be suspected is not because of low tax status but because of their high secrecy regarding information. Facts such as who established a company there, who owns it, or whose funds were used in that financial transaction are not disclosed at all. That is to say, once money goes into a tax haven, there is no telling what happens to it; their structure is sort of like a black box. This is seen as the fundamental problem of tax havens. In actuality, there is a global problem of money laundering of funds for criminal purposes or requiring discretion through tax havens. That is why the Panama Papers are under so much focus globally. They disclosed the information stored within the black box. But tax havens are not necessarily used for the purpose of money laundering. There are many individuals and corporations who use tax havens because of the ease with which a corporation can be set up, or because investment funds can exist under low regulation, which makes it easier to do business and increase profits. 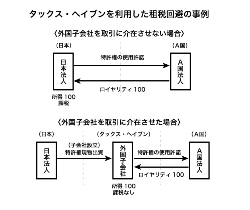 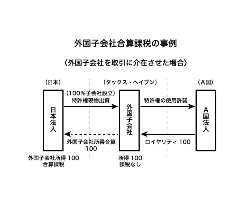 Problems with tax havens, needless to say, include activities like money laundering. But in addition, corporations attempt to escape tax liability by unfairly reducing/avoiding tax burden by (1) having a shell corporation, established in tax havens, come in between transactions or (2) abusing the black boxing of information, even if the business activity is legitimate.

Of course authorities are coming up with countermeasures. In Japan’s case, Tax Haven Countermeasure was introduced 38 years ago (1978). In Japan, countries with tax rates below 20% are normally classified as tax havens. However, the amount of income from shell companies set up in such countries is treated as income of the domestic parent company, and the taxation is based on that sum. For example, if a Japanese parent company makes an investment in kind, parent rights to technology worth billions, in a subsidiary shell corporation established in a tax haven with 0% tax rate, all profits of this subsidiary from royalties from this technology are untaxed within the tax haven, and thus, the whole of the profits are income untaxed by the government. However, if the subsidiary’s profits are added to those of the parent company, the Japanese tax rate can be applied. This kind of measure is not limited to Japan, and similar systems are being introduced all over the world.

Countries like Hong Kong and Singapore have effective corporate tax rates slightly below the 20% mark (16% and 17%, respectively). If a Japanese company is taxed on its income in Japan and in these low-tax jurisdictions, that is double taxation. Therefore, to solve this problem, there is a system called Foreign Tax Credit, where taxes applied overseas are subtracted from taxes in Japan. To facilitate the operation of this system, there is a “tax treaty” in which taxpayer information (confidential bank information included) is exchanged between tax authorities. For example, if a Japanese taxpayer is doing business in country A, which has a tax treaty with Japan, Japan can request and obtain from country A the following information: what kind of business/financial transactions are taking place with what kind of companies, how much income is being generated, etc. As of May 1, 2016, Japan has such a treaty with 96 countries and regions around the globe.

Further, an agreement was reached at the G20 Summit for a system of automatic exchange of account information of non-residents among tax authorities of each country. For example, if a person residing in foreign country B has an account with a financial institution in Japan, the Japanese financial institution will, through the National Tax Agency, automatically report to the tax authority of country B that person XX, with a taxpayer number YY for country B, has an account with a financial institution in Japan, with a balance of ZZ, and receives AA in interest or dividends. This measure will be enforced from 2017. In May of this year, (2016), Minister Aso announced at the G7 Finance Ministers and Central Bank Governors Meeting in Sendai, “Importance of efforts to increase transparency in taxation, such as automatic exchange of financial account information of non-residents, was reaffirmed.” Countries around the world are cooperating to take a united stand against tax avoidance.

The above Anti-Tax Haven Measure has a flaw in that its application is difficult without reporting by businesses; this is because information on tax havens is black boxed, so tax authorities cannot get to it. However, if these information exchanges function, not only can double taxation be avoided, but businesses that did not report their income in tax havens can be identified and the Tax Haven Countermeasure may be applied.

On May 25, the Ministry of Finance, in a headline report, announced that ¥74 trillion securities investment is carried out from Japan to the Cayman Islands, a tax haven. This goes to show just how big the connection between Japan and tax havens is. Many of you probably thought that various Japanese corporations are hiding assets or excessively saving tax liability, but because the Cayman Islands have a tax treaty with Japan, the income derived from this ¥74 trillion is likely taxed legitimately.

In this manner, entering a tax treaty is improving transparency with regard to information that was previously kept secret in a black box. Japan has tax treaties with tax haven countries and regions such as the Cayman Islands, the Bahamas, Bermuda, the British Virgin Islands, Hong Kong, and Singapore, and an announcement was made on May 23 that Japan will be entering into a tax treaty with Panama also. In the future, it is important to expand the number of countries under tax treaty, and to make sure that information exchange actually takes place after entering the treaty.

The news about the Panama Papers prompted reporting on Japanese corporations’ investments into tax havens, which was a good thing because it interested many Japanese. Rampant tax avoidance using tax havens would reduce tax revenue, which would in turn cause tax rates for income tax and consumption tax to rise, or increase issuance of public debt, which would increase the burden on the taxpayers. This interest should be taken beyond its temporary phase to a point where there is a sustained interest in the excessive tax saving activities of corporations. Increasing interest in this topic by citizens will force managers to recognize that excessive tax saving and tax avoidance will lead to loss of confidence in their companies. I look forward to a day where people will say that the Panama Papers served to increase transparency with regard to taxation.