Japan’s New “My Number” ID Numbering System:Will it be able to balance privacy and the public interest?

Japan’s new “My Number” ID numbering system will begin in January 2016. It is likely that many people still are unaware of this fact even though advertising to publicize the system has begun recently. We asked Prof. Sasaki about the background and objectives of this system, and about the balance it will need to maintain at all times with privacy protection. Will it be possible to balance privacy and the public interest? The arrival of this system will be accompanied by a focus on the level of awareness among the public. 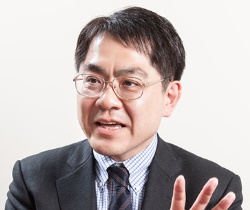 Q: The new ID numbering system will begin in January 2016. Please tell us about the background of why such a system was considered necessary in the first place.

As you know, “My Number” is an ID number assigned to every individual in Japan who has a certificate of residence. In the old days this concept was referred to as a taxpayer identification number system, and at one time it even was considered an evil system by which the government would control the individual. However, the times have changed and now it has been pointed out from multiple points of view that it would be beneficial to assign numbers to members of the public for administrative purposes.

I think the numbering system really came up for discussions around the time some people’s pension records went missing in 2007, when it was discovered that there had been massive omissions in records of payments to public pensions. When an attempt was made to centralize management of pension beneficiary records by assigning each member of the public pension program a basic pension number, some pensions were removed from the records as a result of careless administration in cases such as name changes due to getting married and simple input errors. That led attention to focus on a numbering system—the “My Number” system—as a means of efficient and effective management to ensure that pension benefits would be paid properly. Later, in 2012 when the government was under the control of the Democratic Party of Japan (DPJ), a three-party agreement was reached between the DPJ, the Liberal Democratic Party (LDP), and the Komeito party on integrated reforms to the social security and tax systems. Put simply, when the three parties agreed to raise consumption tax in order to secure a stable source of funding for social security they also agreed on adoption of the numbering system.

Improper Receipt of Benefits in the Background

Q: So the “My Number” system is intended to ensure proper payment of pension benefits?

The missing pension records was one spur to adopting the system, but its usefulness is not limited to pensions alone. For example, some people succeed in slipping through the net of the law to receive welfare benefits improperly by changing their names. The “My Number” system could prevent such misuse to some degree. Together with preventing improper receipt of benefits it would make it possible to provide more thorough assistance to those who really need it. In this way, the system will enable more appropriate handling by making it easier to ascertain the benefits that individuals receive from various government services, not just pensions and welfare.

It also can help prevent, to some degree, tax improprieties such as hiding income, since it will make individuals’ income status clear. Also, until now self-employed individuals have had to complete complex tax-return procedures, but those procedures will be simplified with the introduction of the numbering system, enabling more appropriate tax collection since it makes it possible to ascertain individual income to some degree. In this way, the system will contribute to the realization of a fair and equitable society. The system also should prove effective when disaster strikes. People’s inability to prove their own identity in the aftermath of the Great East Japan Earthquake a few years ago resulted in confusion and inconvenience in various situations. Since “My Number” will function as an ID card, it will facilitate identification of disaster victims.

A Need for More Practical Discussions 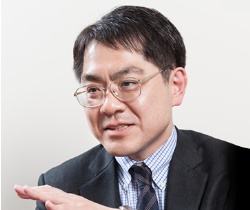 Q: One can understand the need for an ID numbering system. But are there any causes for concern with regard to collecting, managing, and using personal information?

As I noted, currently the My Number Act restricts use of the number to the fields of social security, tax, and responding to disasters. It also establishes penalties for misuse, such as leakage of information. Furthermore, it sets up an independent agency, the Specific Personal Information Protection Commission, to regulate use of the number. This is because there are concerns about whether neutrality will be maintained in administration by each administrative agency. In fact, the lack of an independent agency to protect privacy is a point on which Japan had been subject to international criticism. In these ways, an environment is being prepared for starting up the “My Number” system.

However, it is not the case that this will involve no problems at all. Discussion of the shape of related laws and regulations needs to take the form of practical discussions of the specific needs of using the numbering system and analysis of problems and other issues that could arise as a result of the system, rather than abstract arguments. Traditionally legal theory in Japan has tended to go no further than abstract arguments about vague infringements on privacy, but on the subject of operating the “My Number” system there is a need to consider harmful social effects and problems that should be examined practically from a legal point of view, the scope of personal information that should be protected, and practical individual rules and systems for management and use of personal information. As one attempt at doing so, the My Number Act introduces a system for evaluation of protection of specific personal information. I think that for this reason there also is a need to enhance the Specific Personal Information Protection Commission. There also is a need to consider matters that companies taking part in operations related to the My Number system should comply with and how they should develop internal systems.

Q: In the past there have been numerous cases of leakage of personal information from companies, and these have become a topic of concern in society. Will consideration and development of rules and systems be enough to realize the safe and secure management of the “My Number” system?

Certainly, since the system will be managed by human beings there are some aspects in which it would be difficult to realize a completely watertight system. In addition, the “My Number” system will be managed using computers, which communicate over networks. Taking into consideration the fact that networks and computer systems are subject to constant security threats, there is no way we can say that personal information can be made completely secure. However, the first thing that must be done is to create rules and systems for proper management. This is a major precondition of system operation. In doing so, Japan focuses on technological measures such as firewalls to prevent unauthorized access and hacking while at the same time establishing legal penalties. What I would like to recommend in building such systems is a focus on the intangibles such as internal responses within the organization, maintenance and enhancement of systems of responsibility, and management of employees.

Recently there was a case of the leakage of a massive volume of personal information from a major educational and publishing company. The system engineer arrested in this case was an employee from a temporary agency. It is conceivable that this system engineer sought lucrative personal information as a response to employment instability and accompanying unease about income. As seen in the use of terms such as “sweatshops” to describe them, it is likely that not a few companies have problems with their working environments, and not just those for temporary employees. The resulting anger and enmity among employees could lead them toward the crime of leaking information. It seems to me that company efforts to create comfortable working environments and rewarding work would help to prevent leakage of information. In addition, companies need to make clear in advance how they would respond to any problems and where responsibility lies.

The “My Number” System from the Perspective of the Public Interest

Q: Lastly, do you have any recommendations to society concerning the “My Number” system?

While the “My Number” system will start in January of next year, I think that some people still might not even be aware of that fact. I would like people first of all to understand that their local governments will send them each a 12-digit number in October and that this number will be assigned to them alone. Then I would like them to recognize and understand the necessity of the system and the problems inherent to it. To repeat, a system like “My Number” is essential in Japan in order to ensure the fairness of taxation, to enhance social security, and to respond to disasters.

While it is important to develop legal regulations to protect privacy, one would have to say that it would be difficult to attempt to ensure the fairness of taxation and enhance social security while maintaining perfect security. In Japan the debate on personal information tends to focus on the rights and interests of the individual, but I think we also need to introduce the perspective of the public interest.