Taiwan is said to be the most pro-Japanese country. Perhaps because of this, there are so many Japanese tourists there. But why is Taiwan, a country once ruled by Japan, pro-Japanese? Although there is an abundance of tourist information regarding Taiwan, there is too little information besides tourism. The Japanese may lack an understanding of Taiwan.

The indigenous Taiwanese were the Austronesian Language speakers 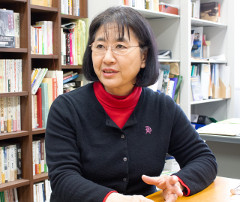 Tsai Ing-wen from the Democratic Progressive Party was re-elected for a second term on January 11, 2020 in the presidential election, and this was widely reported in Japan. This election signifies Taiwan’s clear rejection of the China-Taiwan unification, which China has been aiming to realize.

However, it appears that the context and significance of this rejection are little known in Japan.

Gaining a better understanding of Taiwan, one of Japan’s close neighbors, will help you discover more of its charms.

The relationship between Japan and Takasago Koku has a long history. There are historical records which show that Oda Nobunaga’s leather coat, worn over armor, had been sent from Takasago Koku, and Toyotomi Hideyoshi had sent a letter to the king of Takasago Koku. During the reign of the third Shogun, Tokugawa Iemitsu, the native residents of Takasago Koku were granted an audience with the Shogun in Edo.

The Dutch, who came to Dejima, a trading post located in Nagasaki, also stopped in Taiwan on the way to Japan.

The residents of Taiwan at that time spoke the Austronesian languages.

The Austronesian languages are a language family spoken in the area extending from Madagascar, an island country located in the south-east of Africa in the west, to Easter Island, a territory of Chile in the east, through New Zealand in the south, and Taiwan in the north.

The Austronesian languages were spoken by the indigenous Taiwanese, and there were hardly any people of Chinese origin in Taiwan until the early seventeenth century.

In other words, during this period, Taiwan was an island of maritime cultures. The cultural vivacity of the South Sea Islands, which are apparent in Taiwan even today, has its roots here.

In the seventeenth century, immigration from China began increasing, resulting in the eventual majority of Chinese people in the population. However, the indigenous people and the people from mainland China made slow progress acclimating to one another owing to the language barrier.

Nonetheless, Japan’s Taiwan expedition in 1874 stirred up a sense of crisis in China, and the Taipei City Walls were built in Taiwan to defend the island against Japanese invasion.

Then for the first time, the people of Taiwan proclaimed the Republic of Formosa (literally: Democratic State of Taiwan) and fiercely resisted the Japanese troops that landed in Taiwan.

This conflict between the Empire of Japan and the armed forces of the Republic of Formosa, known as the Itsubi War, lasted about half a year, killing 15,000 residents.

However, with the passing of several decades, the people of Taiwan gradually adopted the notion of elevating their status within Japanese Empire.

This is partially because the western civilization and technologies of Japan were brought to Taiwan, and Japan was the only Asian country that had succeeded in modernization in the form of westernization then. The life style of Taiwan was also influenced by the Taisho Democracy, Japan’s liberal movement, and coffee shops, ballrooms, and even a record company were established in Taiwan.

In addition to this, Japanese language education became widespread, and the assimilation policy was promoted.

However, in the years that followed, Japan was running a straight course to the Second Sino-Japanese War, followed by the Pacific War, resulting in the defeat of 1945.

With the Potsdam Declaration, the Proclamation Defining Terms for Japanese Surrender, all Japanese people were extracted from Taiwan.

With the end of fifty years of Japanese rule, the descendants of from China and the indigenous people, both of whom were literate in Japanese, were left behind in Taiwan.

As all Japanese people left Taiwan, a civil war erupted in mainland China between the Kuomintang (Chinese Nationalist Party) and the Communist Party of China.

Mao Zedong, the leader of the Communist Party of China, which won the civil war, proclaimed the founding of the People’s Republic of China in 1949. He defeated Chiang Kai-shek, the leader of the Chinese Nationalist Party, who retreated from mainland China to Taiwan.

Nonetheless, Chiang Kai-shek claimed that he and his people were the legitimate rulers of China, and that Taipei was a temporary capital: he would return to mainland China in time.

Freed from Japanese rule, you may wonder if the people originally from mainland China settling in Taiwan welcomed Chiang Kai-shek, the leader of the same race as themselves – but it was not so simple.

First, there was the language barrier. As a result of the assimilation policy, which was in effect for nearly fifty years, the people in Taiwan were using the Japanese language.

Because of this, they could not consider each other compatriots. The newcomers were called waishengren (literally: people of outer provinces; mainlanders who immigrated to Taiwan after the Japanese surrender in 1945 and especially those who immigrated as a result of defeat in the Chinese civil war of 1949), and the original residents of Taiwan were called benshengren (people of this province: residents of Taiwan before 1949 and their descendants), which led to the division of Taiwan.

The Chinese Nationalist Party in Taiwan prohibited the use of Japanese language, and declared martial law to stifle the original residents by force of arms. In fact, this declaration lasted for 38 years, beginning in 1949.

In recent years, descriptions of that time have become public. For example, those who spoke Japanese had a difficult time adapting to the Chinse language, and could not communicate with their children, who received education in Chinese. Parents and children had a very different world view, and therefore it was difficult for them to understand each other.

Among waishengren who belonged to the ruling class, only some elite classes in the Chinese Nationalist Party had confiscated and used the houses and facilities Japanese people had been using previously. Soldiers in the lower class had no place to live.

Those soldiers could not be welcomed by benshengren, either. So, they built and lived in shanties on the cemeteries of the Japanese.

Thereafter, some waishengren soldiers married indigenous women of Taiwan. Since the end of the war, time has passed, and today, the third generation and fourth generation are being born, and the tensions and divisiveness seem to have weakened.

But still, this division continues to undermine Taiwanese society. It is clearly seen in the election, for instance.

Pro-Japanese sentiment as a result of the complicated relationships between Japan and Taiwan, as well as between China and Taiwan 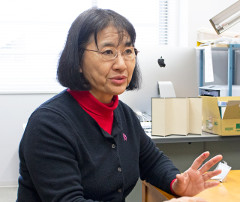 While the People’s Republic of China was admitted to the United Nations in 1971, and vigorously advanced its diplomatic efforts in the international community, the Republic of China in Taiwan, which had been considered as representing China, was expelled.

When Chiang Kai-shek died in 1975, his son, Chiang Ching-kuo, assumed leadership of the Chinese Nationalist Party. Chiang Ching-kuo followed his father’s policies, but in the last years of his life, he ended martial law and appointed a benshengren, Lee Teng-hui, as Vice President of the Republic of China.

When Chiang Ching-kuo died in 1988, Lee Teng-hui succeeded him as President, and sprinted ahead toward democratization.

So why did Chiang Ching-kuo hand over the baton to Lee Teng-hui, a benshengren?

Maybe it was because Chiang Ching-kuo had to admit that it would be no longer possible for the Chinese Nationalist Party to retake mainland China.

And, maybe it was because he realized it would be necessary to establish the same democratic system seen in the West in order for Taiwan to achieve even more global acceptance than China, which was steadily gaining approval in the international community.

At any rate, Lee Teng-hui pushed various reforms to promote democratization, and in 1996, he was re-elected President by popular vote.

Additionally, the Democratic Progressive Party, founded in 1986, was winning the support of benshengren by advocating the concept of self-determination of people. In 2000, Chen Shui-bian, another benshengren, became the first President of the Republic of China a.k.a Taiwan.

In the early days of his presidency, Chen Shui-bian was seen as a highly promising political figure, but his reputation was tarnished by scandals, aggravating the economy.

The Chinese Nationalist Party, which was by this time an opposition party, took a stance against the Democratic Progressive Party and tried to strengthen their relationship with the Chinese economy, which was gaining power.

Ma Ying-jeou of the Chinese Nationalist Party, elected president in 2008, actually strengthened relations with China: this included the inauguration of the first direct flights across Taiwan Strait.

Consequently, his efforts helped Taiwanese companies gain entry into mainland China, and simultaneously, people from mainland Chinese flooded into Taiwan on a purchasing spree of real estate properties, which then caused real estate prices to soar.

As a result, Taiwan did profit financially, but an atmosphere of censorship was created in Taiwanese society, in which people could not speak out freely against China.

Out of such concerns, the Sunflower Student Movement took place in 2014. In this protest movement, student protesters occupied Taiwan’s national legislature, the Legislative Yuan.

In the following 2016 election, Tsai Ing-wen of the Democratic Progressive Party, an anti-Chinese party, was elected as President.

However, the Chinese Nationalist Party gives off mixed signals: they take an opposing standpoint to that of the “anti-Chinese” Democratic Progressive Party. Although China is governed by the Communist Party, China is still dearest home.

For Taiwanese-born third and fourth generation nationals with waishengren roots, they have always identified themselves as Chinese, not Taiwanese.

Many people of the Democratic Progressive Party with benshengren roots have experienced abandonment by the Qing Dynasty and fierce resistance against Japanese rule. They have strong aspirations of independence and hope to proclaim their country the Republic of Taiwan, rather than the Republic of China.

They think the period of Japanese rule, from which they benefited most, advanced technologies and culture: even though they were discriminated, it was better than the period of martial law declared by the Chinese Nationalist Party. In this sense, they are pro-Japanese.

Considering the complicated history of Japan and China, we cannot regard all people currently living in Taiwan as pro-Japanese.

However, we can learn from the history of Taiwan: Democracy is not something that will necessarily continue once it is established. Rather, it could reverse and move in the opposite direction, depending on economic factors as well as the actions of the people who suppress and eliminate opinions that differ from theirs.

We should let this example serve as a good lesson.

As a researcher of Taiwan, I welcome this trend. However, I hope that Japanese people will take more interest in the history and political situation of Taiwan. If we come to understand Taiwan as a nation of a mixed maritime and continental culture, as well as the mixed emotions of the people of Taiwan, we will also discover more of its charm and beauty.