Have you ever heard the term “LGBT?” An initialism that stands for lesbian, gay, bisexual, and transgender, it is a generic term for a variety of sexual minorities. It appears that things are gradually changing as the term LGBT becomes more prominent. 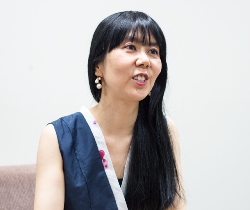 For many years, heterosexuality has been regarded as “normal” and homosexuality as “abnormal.” However, historical research has revealed that it was only in 19th-century Europe that heterosexuality/homosexuality began to be thought of as a dichotomy. Pederasty is known to have been practiced in Ancient Greece, but sexual intercourse for purposes other than procreation came to be regarded as a sin, due to the teachings of Christianity. The idea that it was abnormal became widespread with the development of modern psychiatry. A similar process occurred in Japan during the Meiji period (1868-1912). It was a time when Japan was actively assimilating modern ideas from the West, but this resulted in a society that imposed uniformity on all and became less rather than more diverse. It would be fair to say that this situation has continued through to the present day. In fact, practices involving sexual relations between members of the same sex, such as catamitism and pederasty, are known to have been commonplace until the Edo period (1603-1868), while transvestism was not considered all that strange either. There are stories on the subject of male homosexuality (for example, Ihara Saikaku’s “Nanshoku Okagami [The Great Mirror of Male Love]”) dating as far back as the Muromachi period (1336-1573), while “Torikaebaya Monogatari (The Changelings),” which deals with transvestism, is said to have been composed sometime between the end of the Heian period (794-1185) and the early Medieval period (1185-1600). From our contemporary perspective, the Japan of yesteryear seems to have been a society that accepted a variety of sexualities without question.

Thus, if we unfurl the history of human sexuality and gender, we discover that it varies considerably from one era to another. If we go back several centuries, we find that things that most people consider to be commonplace today were certainly not the norm back then. In sociology, unlike biology, we cannot make assumptions about what is universal or what is human nature. Even things that we today regard as perfectly normal could potentially change in the future. Right now, we might actually be in a crucial historical transition phase, on the verge of a transformation in the environment surrounding sexual minorities.

The spread of the term “LGBT”

LGBT is an initialism that stands for lesbian, gay, bisexual, and transgender. There are identities not covered by these four categories, so it is just one of the generic terms used to refer to sexual minorities. The mass media have begun using the term over the last ten years or so, even in Japan. Some take a critical stance towards the term. One issue is that it diminishes the visibility of sexualities other than those covered by L, G, B, and T. There is also the problem that using a term like this can actually over-emphasize differences between those who are LGBT and those who are not, as well as raising boundaries between L, G, B, and T. It is true that human sexuality is essentially diverse and we should not seek to categorize it. However, some people take a more positive view, arguing that widespread use of the term “LGBT” makes it easier for people to become aware of the diverse nature of sexuality and develop a deeper understanding of sexual minorities. In particular, some of the younger generation find LGBT to be a catchy and appealing expression.

For example, a campaign called Meiji Ally Week was held at this university in December last year (2015). The slogan was “Aiming for a society where everyone can live true to themselves.” Students organized events including a fashion show that offered people a chance to express their individuality, based on both a desire to increase the number of LGBT allies (people with an understanding of LGBT) and the concept that anyone can become someone’s ally. Rather than using the somewhat stuffy expression “sexual minorities,” the students who planned the event opted to use LGBT as a term that would make it easier to get the message across to their peers. The feedback from the campaign was good and more than 1,000 people took part in the events over the five-day period. I heard many of the students who took part saying things like “I realized that fundamentally we’re all humans and there aren’t as many differences between us as I’d thought. Despite all this, LGBT people have a lot of problems to deal with and face unfair discrimination, which isn’t good.” I think that developing this kind of sensitivity will be the catalyst for students to gain a greater understanding not only of sexuality, but also of various problems arising from disparities and inequality. 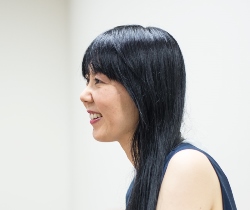 I also feel that the way in which the mass media cover sexual minorities has changed of late. Previously, apart from a few opinion leaders, virtually all cross-dressing celebrities who wear women’s clothing were portrayed in a comical way on variety shows and other TV programs. However, broadcasters are now starting to make programs that take a more serious look at the lifestyles of celebrities and non-celebrities who are sexual minorities and the difficulties that they face. Audience interests undoubtedly vary, but it is a fact that the representation of sexual minorities in the media is changing.

I believe that one factor behind the increasing focus on LGBT has been the impact of widespread TV and newspaper coverage of the ordinance enacted by Tokyo’s Shibuya Ward in April 2015, introducing certificates recognizing same-sex partnerships. Other municipalities that have introduced similar initiatives include Tokyo’s Setagaya Ward and Iga City in Mie Prefecture; these local governments have been engaged for some time in efforts to promote a gender-equal society that respects diversity. Attention is focused only on same-sex marriage, but I hope that this will trigger advances in people’s understanding of approaches to respecting diversity.

Recently, even the government and companies have begun to advocate diversity. The Ministry of Economy, Trade and Industry has been running the Diversity Management Selection 100 project since 2012. In 2016, it launched the New Diversity Management Selection 100 project, establishing new fields such as innovation in working styles and expanding work fields for women, seeking to attract applications that provide a wider range of effective examples for management to follow. A growing number of companies are introducing LGBT support and awareness initiatives in their personnel recruitment processes, in-house training, and CSR activities. The desire to strengthen corporate competitiveness is likely to be at the root of this. Of course, enhancing competitiveness to boost earnings is an important target for a company. However, in their efforts to respect individuality and achieve diversity, there are bound to be options that might cost them a little bit of money, but will enable them to create a corporate culture in which people are tolerant of each other’s differences. I believe that from now on, companies will need to make a decision about whether, in the course of their commercial activities, they want to contribute to making the whole of the society where they are based more relaxed and less tense. This links into the question of how we ourselves want to shape the present and what kind of society we want these efforts to create.

Fundamentally, society consists of a diverse array of individuals. Nevertheless, minorities have historically been – and continue to be today – oppressed in many societies. However, right now, the tide is starting to turn, steering us toward a society that sees the value in diversity and respects the individual. One could say that we who live in Japan, the organizations to which we belong, and the society that we are shaping face a test to see whether we can turn this challenge into an opportunity and achieve a smooth transition, rather than allowing the current LGBT boom to fizzle out as a passing trend. It would be fair to say that the key will lie in the way that society seeks to include minorities. In a society that offers room not merely to tolerate differences between oneself and others, but to actively enjoy them, oppression on the grounds of difference and the stifling effect that this has might diminish.

Being open to that which is different, rather than seeking to eliminate it, would seem to be crucial in enabling our society and culture to bring forth new things. We need to make room in our hearts to be flexible in accepting the changes taking place right now in Japan and across the globe.