“It all starts with encounters: Recommendations for modern tourism.”

I originally went to work in the tourism industry after graduating from university. In planning tours, I came to be interested in how broad the influence of tourism was. That prompted me to enter graduate school to study tourism professionally.

I originally went to work in the tourism industry after graduating from university. In planning tours, I came to be interested in how broad the influence of tourism was. That prompted me to enter graduate school to study tourism professionally.

The tourism industry is made up of a number of stakeholders. Networks are thus formed, and the ripple effect to other industries and fields is large. The power of tourism affects more than just economics; it reaches to culture, society, and the environment. Today, tourism is positioned in regional measures to unify communities, and it is gaining attention in providing clues to solve global issues such as poverty. I would therefore like to broadly present the possibilities of tourism. 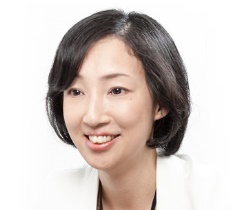 The widely-used Japanese word for tourism, kanko, is derived from a phrase meaning to “observe the (high) lights of the country” in the Chinese classic text I Ching. Kanko came to be used as the Japanese translation of the English word “tourism” in the Taisho era of the early 20th century. It is used today in Japan for a number of industries and businesses related to travel and tourism. The English word “tourism” originates from the Latin word “tornus (lathe in English)”, extended to mean to wander or make an excursion from a base point. Tourism thus is a broader concept, including activities for leisure, business and other purposes.

Pilgrimages have been around for ages around the world. In Japan, too, there was religious travel such as visiting the 88 temples in Shikoku, the Kumano shrines and Ise shrine. But the business aspect of those was not strongly recognized. 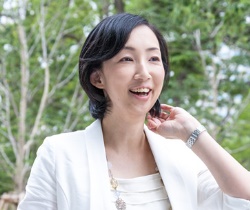 Leisure and sightseeing based traveling first appeared in the 19th century Europe. Modern tourism as an industry is said to have originated with Thomas Cook starting a travel (agency) business in Britain. With the rise of standards of living through the industrial revolution and subsequent growth of railways, roads, lodgings, and other infrastructure, traveling around the world became popular firstly among the upper classes.

With the advance of means of transportation and tourism-related industries, interest in tourism rose with the general populace. After World War II, so-called “mass tourism” of inexpensive group travel with set itineraries became popular, leading to great advances in the tourism industry. While that era came about in Europe and the North America right after the war, it was the era of rapid economic growth in Japan that led the interest in overseas travel here and the promotion of package tour products. Separate from such for-profit tourism, “social tourism” also came about where governments and public bodies secured conditions that made participation in tourist travel easier for those who did not have opportunities to travel for various reasons.

Tourism as a passport to peace

Tourism is seen as an industry in Japan today, and direct economic effects are often given priority. However, tourism’s roles go beyond just economic ones, greatly contributing to private-level interaction such as cultural exchanges and promotion of mutual understanding. That way, various forms of tourism can be a “passport to peace.”*

Tourism has also come to be noticed for its role in unifying communities and linking communities separated by ocean or border. The UK had been long skeptical about membership in the EU; later, even after having joined the EU later than other major countries of Europe, the gap in the way of thinking between UK and the continent has not easily been bridged. Projects to, through tourism, promote exchanges with the continent, create platforms for cooperating with other people, organizations, and communities, and promote mutual understanding have been carried out on a variety of levels. Through the familiar medium of tourism, inter-regional links are strengthened by people interacting and networks spanning existing borders are built, thus providing opportunities to form linkages in other fields. Many of the global issues facing the international community cannot be overcome due to political friction.

Through tourism, interchange among communities can be created and its connection will strengthen. Therefore the role tourism plays is significant.

Knowing Japan, the world, and yourself through tourism 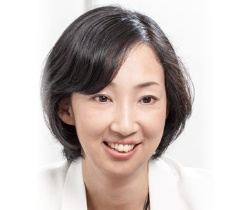 Tourism also brings out regional identity by interaction with people from the outside. It increases a sense of belonging to one’s community, and at the same time it shows what community one is connected to in a way that brings into view a new definition of community not defined by existing administrative boundaries.

Tourism has come to be a clearly defined policy for Japan in the 21st century as it works to become a ”Tourism Nation”. In addition to advancing Japan’s regional economy and society, tourism also becomes a platform on which the nation and communities cooperate, bearing a role in creating community identity and reexamining and rediscovering Japan. Instead of only thinking from a standpoint of tourism resources by an individual destination when promoting Japan to other countries, it would probably be more effective to put together a story beyond boundaries with a broad viewpoint that people from abroad would be interested in and to deploy that message as an “all Japan” measure.

Tourism is one of the tools closest at hand for recognizing the similarities and differences between Japan and other countries’ social systems, government, culture, and more, and to know Japan’s place in the world and the world as seen from Japan. I encourage students to actively go out and see the world with insatiable intellectual curiosity. I would like you to introduce Japan to others and, at the same time, get a feel of how Japan is seen by other counties. See with your own eyes whether what the media tells you is true. Going abroad is to learn about Japan and learn about yourself. It all starts with new encounters.

* The United Nations declared 1967 as International Tourism Year under the catchphrase “Tourism, Passport to Peace” in an effort to promote international tourism and advance the tourism industry.
* The information contained herein is current as of July 2013.
* The contents of articles on M’s Opinion are based on the personal ideas and opinions of the author and do not indicate the official opinion of Meiji University.