Saving lives and Protecting livelihoods: a motivation to support each other and preparations for an earthquake, now

Whilst pressing ahead with countermeasures against a massive earthquake in the Nankai Trough or earthquakes occurring below the Tokyo capital region, the 2016 Kumamoto Earthquake which occurred in April brought widespread damage. I would like us to remind ourselves of what we can do to help the affected areas to recover as rapidly as possible, and to prepare for the next earthquake, which may strike anywhere.

During the evacuation period, the most urgent task is to prevent earthquake-related deaths 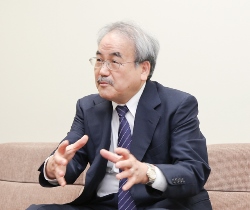 The 2016 Kumamoto Earthquake was unique in nature. The seismic intensity, which expresses the Japanese scale of shaking, was 7 as the greatest at two times. In the 21 years since the first officially recorded earthquake on this scale, the 1995 Great Hanshin-Awaji Earthquake, there have been four such earthquakes with the scale of the seismic intensity of 7, including the 2004 Mid-Niigata Prefecture Earthquake, the 2011 Great East Japan Earthquake, and the Kumamoto Earthquake. However, there is no precedent for two such earthquakes occurring in succession, as happened in Kumamoto. Houses which withstood the first blow were unable to survive the second quake, leading to even more widespread damage such as destruction of more than 8,200 houses. The very large number of aftershocks was also a distinctive feature, with more than 4,000 shocks of an intensity of 1 or more on the Japanese scale (as of November 30). These circumstances have had a major impact on people’s state of mind, and it is predicted that the number of evacuees will grow and the evacuation period was prolonged until October.

A pressing issue is how to provide the necessary care for those requiring such assistance in the case of a disaster. The lives of the elderly, and other disables in need of support, are made even more difficult by a disaster. The number of earthquake-related deaths, the worst possible outcome, was growing steadily, so something must be done to prevent the situation from becoming worse. The number of disaster-related deaths reaches 100persons, in spite of 50 persons of direct deaths (as of November 30). Keeping a watchful eye on those affected and maintaining good communication are essential in order to do this, so it is important to ensure the continuity of local communities during life not only in the evacuation shelters of gymnasia and other public utilities, but also in the temporary houseing. Through mutual emotional support by familiar neighbors, some of the stress caused by living in close quarters can perhaps be alleviated.

Temporary housing should become a focal point for reconstruction

Since 2012, I have been carrying out an annual survey about the recovery process in the areas affected by the 2011 Great East Japan Earthquake. I have learned from this that the victims go through four stages in order to gain a greater sense of having recovered their damages. These stages, which are important stages for progress of survivor’s recovery and reconstruction, are as follows: 1. their diet returns to what it was before the disaster, 2. work and income recover, 3. they have the prospect of rebuilding their houses, 4. their neighborhoods gradually revive and are revitalized.

Regarding “diet”, when survivors move to live in temporary housing, they need a local environment in which they can buy groceries in order to be able to cook for themselves independently. In addition, the residents of temporary housing live independently except the rent, so a survey of the situation to find out about the support they may require in order to obtain a source of “income” is urgently needed, going on to ensure that they have the means to make a living. Therefore, it is very important to continue or to recover the jobs. In the Great East Japan Earthquake, people were paid a wage to clear the rubble, enabling them to make enough money for their day-to-day lives. In the Mid-Niigata Prefecture Earthquake, the victims themselves repaired agricultural roads and footpaths between the rice fields, receiving wages from the Recovery Funds established by Niigata prefecture. This solved the issues both of agricultural recovery and of worries about making a living at once, enabling the recovery process to move ahead faster. It is important to learn from these examples, and to provide sources of income for the Kumamoto victims in the same way.

Careful thought about “rebuilding homes” and “revitalizing neighborhoods” is required. As long as there is an active fault in the locality, earthquakes will happen again sometime in the future. It is essential to discuss what needs to be done to create an environment which can be considered safe and how strong residences need to be, taking into consideration the opinions of the local residents themselves and enabling them to reach a shared vision for their community. As long as the future direction of the community remains undecided, the rebuilding of houses will also end up being delayed.

In order to progress rapidly through these four stages, recovery funds should be made available as soon as possible. Furthermore, a structure which gives discretion to the affected areas and permits a flexibility of responses is desirable.

What we can do now to protect our homes and families 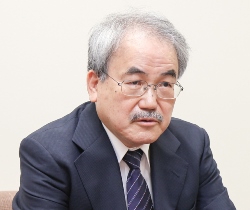 On the other hand, what can those of us who live outside the disaster zone do now? Maintaining a motivation to support each other and to be volunteer is something that we can all do. The civil engineering works in the region affected by the Great East Japan Earthquake have only just finished in periods of five years, so various kinds of support for victim’s recovery of business and live are needed both in Kumamoto and in East Japan. Although they may be small, there are numerous ways to support these areas in our everyday lives without going there in person, such as by choosing vegetables from Kumamoto and Fukushima, and fish from Miyagi and Iwate. Various donations are another form of support which is possible wherever we are.

In addition, I hope that everyone will realize that future earthquakes affect their lives and business, and make them to implement readiness for themselves accordingly. There is said to be a 70% probability that an earthquake of M.7 class will occur below the Tokyo capital region and of M.9 class will occur along Nankai Trough within the next 30 years. Wherever in Japan we may live, whether in the Tokyo capital region or another region, we need to think seriously about preparations for an earthquake, understanding that these are not someone else’s problem, but rather an issue which directly concerns us. Isn’t this the time for such action?

Summed up in a single phrase, what we need to do is “prepare ourselves in order to avoid becoming disaster victims.” The highest priority is to make sure that our houses will not collapse in an instant. Those who live in houses built before the new earthquake resistance standards came into effect (1981) should ask their local government to carry out an earthquake resistance inspection, and if reinforcement measures is needed to be innovated, make use of local government subsidy schemes to renovate their houses to make them more resistant to quakes. For those living in condominium blocks, the agreement of the management association is required, but government subsidies are available. Some important points in order to avoid being killed or injured in an earthquake are to strengthen your house, secure furniture or create a furniture room, and ensure that there is a safe space in your home.

Remember that “You cannot help others without first looking after yourself”

If your home is not damaged by earthquake, you will be able to go back home, not to go the shelter, to live after it. If it is possible that essential supply lines will be cut off for a while, you can live in your home, for sleep and stay. You cannot cook but get some foods, if you cook extra food and freeze it in single portions day by day in icebox. These become emergency stores for you. Even if you make use of an evacuation center, and if you can take even a small volume of water and food with you when you evacuate, you will be able to manage a diet by yourself for a while before official help arrives. By freezing and storing some of your everyday meals, and buying extra consumables each time you run out, you will not need to worry about whether or not items have passed their use-by dates. If you make preparations in this way, you will not need to stand in line for meals at the evacuation center, and will be able to give up your place there to those for whom living at home is truly difficult. This is called as “evacuation in home” in contrast to “evacuation in shelter”. It is also important to make the acquaintance of more people in your neighborhood. Greeting neighbors, and becoming aware of who belongs in the area, is helpful not only in preventing and reducing disasters, but also in forestalling crime in the aftermath of a disaster.

Times of disaster call for a society in which people help one another. However, if you or your family members suffer harm or injury in the disaster, you will not have any leeway to help others. The same is true for businesses. The importance of a business continuity plan (BCP) is often talked about, but it is imperative that those who hold positions of responsibility in companies do not become victims of a disaster. By each making preparations to ensure their own safety, people become able to help those around them in case of a disaster. I strongly hope that you will pause to remind yourself that “You cannot help others without first looking after yourself.”